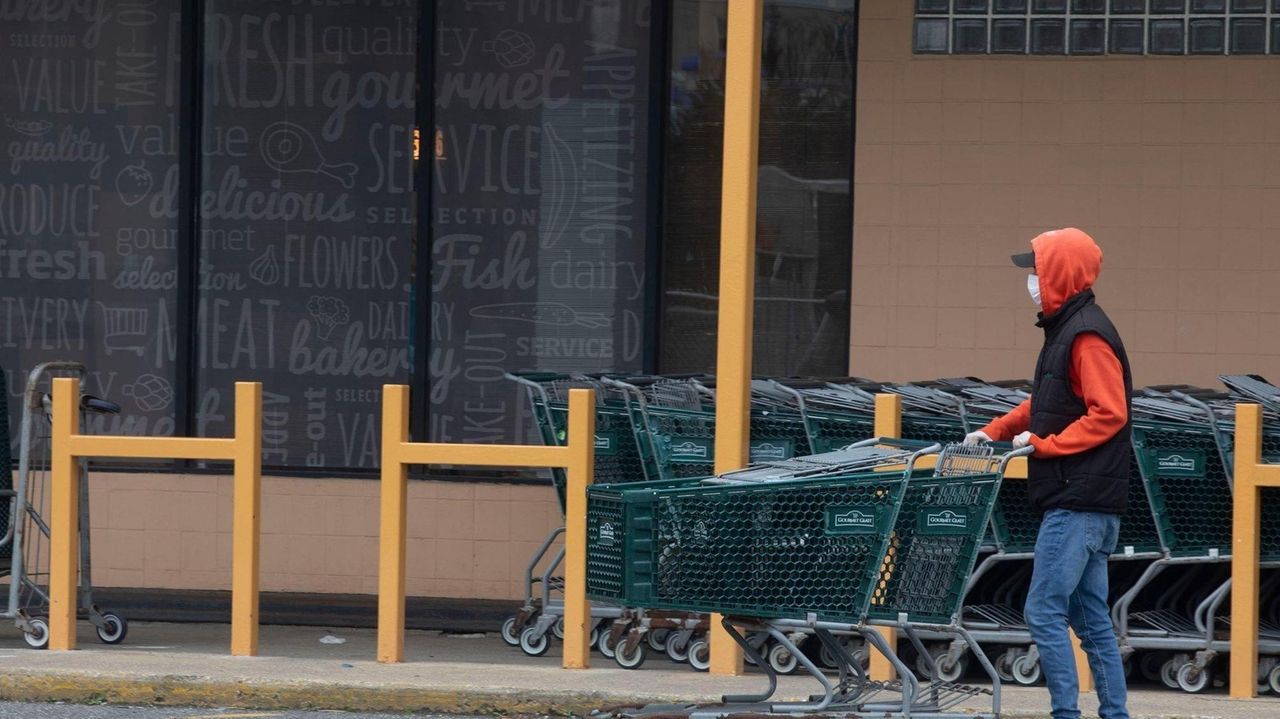 Newsday's Steve Langford takes a deep dive into why some of Long Island's towns, such as Brentwood, Huntington Station and Woodmere have been so affected by the coronavirus pandemic. Credit: Newsday staff

In nearly three decades as rabbi of Congregation Sons of Israel synagogue in Woodmere, Bruce Ginsburg has never failed to visit a congregant who was sitting shiva, the Jewish period of mourning that follows a death in the family.

Until two weeks ago.

“I thought it was important to protect the family and also to protect the community’s rabbi,” said Ginsburg, who phoned in his condolences from a safe distance.

Such is life today in Woodmere, 2.6 square miles of prim lawns and large homes within earshot of Kennedy Airport. The hamlet has become a flashpoint of the coronavirus crisis on Long Island, like other predominantly Jewish communities in New York.

By Wednesday, Woodmere had 251 cases, which is among the most of any place on Long Island. The unfortunate distinction has transformed life in the community, where families now hold virtual funerals for COVID-19 victims and a kosher market now takes the temperature of customers at the door, according to interviews with residents.

Among the possible explanations for the many cases, they said, are the large social gatherings that define life in the 17,100-person hamlet.

“It was actually a wonderful thing, the closeness of this community, that ironically and unfortunately may have created the circumstances where it swept the community once it got in,” Ginsburg said. “The magnitude of this thing has taken everybody by surprise.”

The timing of the pandemic didn’t help.

In early March, just days before New York State imposed the first in a series of increasingly restrictive bans on public gatherings, Woodmere residents gathered to celebrate the Jewish holiday of Purim.

“There were massive parties,” longtime area resident Pamela Yodowitz said. “You could hear the music and see throngs of cars parked in front of homes all throughout the neighborhood.”

Such gatherings aren’t uncommon in Woodmere or the rest of the so-called Five Towns, where social calendars are packed with weddings, bris ceremonies, bar and bat mitzvahs and other reasons to congregate.

“We are in constant contact with one another,” said Cindy Grosz, another longtime resident.

It also didn’t help that some residents seemed to ignore social distancing orders even as the fight against the virus ramped up, perhaps reflecting skepticism about the threat posed by COVID-19, Yodowitz said.

“There is a large part of this population who seem to believe that if it is God’s will, then it should be — whether it’s measles or coronavirus,” she said.

The spike in cases has generated sometimes bitter discussions on Facebook, with some blaming Jewish residents for not taking the pandemic seriously enough, she said, while others contend those critiques ring of anti-Semitism.

“It can get tense,” Yodowitz said. “It all runs pretty deep for those who have lived here for 20 or more years.”

If some initially didn’t take the virus seriously enough, they are now, other residents said.

Ginsburg said his synagogue had suspended all in-person services and he was encouraging congregants to stay home except to buy food and medicine. Events have been moved online or scaled down dramatically, such as a wedding Ginsburg officiated whose guest list went from hundreds of people down to fewer than 10. Ginsburg presided over the ceremony in latex gloves.

“What would have seemed wacky one day seems to become the norm the next,” he said.

As the coronavirus spreads throughout Woodmere, its presence becomes harder to ignore, residents said.

“Everybody in the community knows somebody who’s sick with it or has passed away from it,” said Grosz, a publicist who says she is also running for Congress.

By Wednesday, Woodmere resident Mario Joseph said he knew around six residents who had COVID-19 and four who had died from it. He had attended two virtual funerals for victims.

Still, Joseph, who is co-president of the Five Towns Civic Association, praised his neighbors for seeking to maintain a sense of normalcy amid the pandemic and do their part to fight it.

For example, Joseph said he had temporarily converted his family business from making hood ornaments for Jeeps to making headbands for medical face shields.

Elsewhere, Woodmere residents said they were pooling resources and looking out for others.

Sean O’Rourke, a lifelong resident, said he called his elderly neighbors periodically to see if they needed anything. He now does the shopping for his parents who live around the block so they don’t have to leave the house.

“I won’t even go inside, I’ll just talk to them through the door,” he said. “It’s surreal.”

To Grosz, these small expressions of goodwill are evidence that Woodmere’s tight social bonds are holding the community together even as the pandemic grows.

“Everybody pitches in to try to help each other out,” she said. “That’s what community should be.”