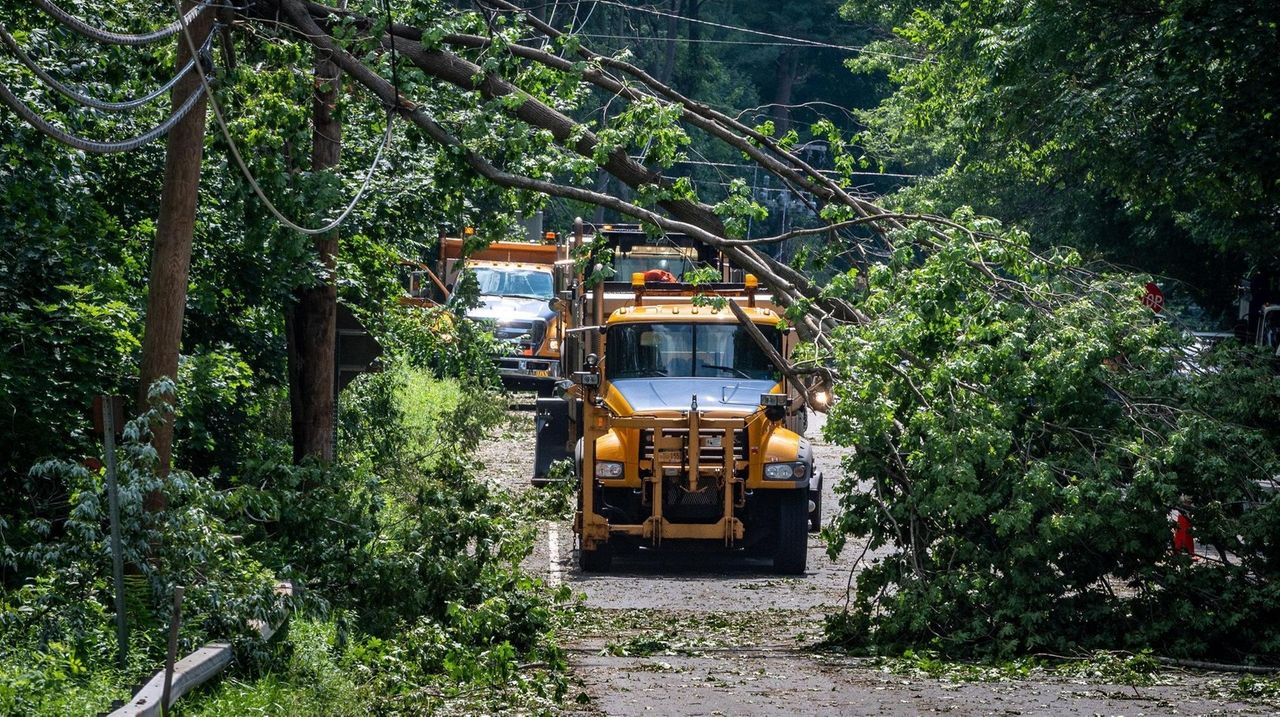 PSEG Long Island said its internal review of the response to Tropical Storm Isaias will include examining why the utility did not activate a force of up to 1,000 National Grid employees already on Long Island for support and survey work early in the restoration.

Meanwhile Gov. Andrew M. Cuomo, in a briefing Monday, called for immediate legislation that would increase potential penalties for the state's utilities. He said for many of them attribute existing fines levied by the Public Service Commission to simply the "cost of doing business," with a top limit of around $100,000.

For PSEG, its contract with LIPA provides for $9.8 million in annual incentive compensation, which is not paid if it fails to meet performance metrics. The company this year agreed not to collect the bonus, which will instead be used to reimburse customers who lost food and medicine during the storm.

Asked about how PSEG’s contract with LIPA may limit the application of the higher-penalty law on PSEG, Cuomo’s office on Monday noted that the state Department of Public Service was “already able to have PSEG forfeit its incentive compensation” for 2020. “Under this proposed [penalty] law, DPS will continue to work with LIPA to ensure PSEG-LI is significantly penalized for poor storm performance,” Cuomo’s office said.

Last week, PSEG Long Island president and chief operating officer Dan Eichhorn confirmed to Assemb. Doug Smith (R-Holbrook) that the company had decided not to enact its agreement to use National Grid gas employees during the storm. Eichhorn said PSEG was looking at that decision as part of its after-storm review.

In an interview Friday, Eichhorn explained PSEG didn’t activate the National Grid workers because “we felt we had enough people.” At that time, PSEG already had some 1,300 off-island high-voltage line workers committed to the restoration, and thousands more on the way.

Eichhorn said the National Grid employees   had "more damage assessment" skills and were able to assist with "more manual activities." But as the restoration progressed, he said, "We thought it was more efficient to bring in people who were qualified to do high-voltage work."

One longtime former utility executive criticized that decision, saying the National Grid workers would have provided invaluable support at a time when PSEG was scrambling.

“It’s great they had an agreement [to use National Grid workers] but they sure should have pushed the button on that agreement,” said Arthur Abbate, a former National Grid director who spent 37 years at the utility, starting with the original Long Island Lighting Co. “To me it’s foolishness, I’m sorry,” said Abbate, who is now director of personnel, labor relations and public safety for Islip Town.

Abbate noted that while many of the workers now function almost exclusively in the gas realm, many started work for the company in the electric division, and have experience in both. They were invaluable workers during storms, he said. Some also work at the National Grid power plants around Long Island.

“In fact many of our gas people grew up on the electric side," Abbate said.

In 2013, around 1,000 National Grid workers would have been at PSEG’s disposal for storm recovery. Ladd wouldn’t say what that figure is now, but Patrick Guidice, business manager for Local 1049 of the International Brotherhood of Electrical Workers, said at least 400 of the unionized force would have been available. “It’s always better to use people who are familiar with the geographic area and have institutional knowledge of the system," he said.

LIPA says it's trying to limit customer cost of $350M storm cleanupLIPA chief Tom Falcone said that ratepayers wouldn't have to start repaying any unpaid balance of the $350 million, $260 million of which is eligible for federal reimbursement, until January. Cost of PSEG restoration/repairs more than $350 million, exec saysFederal money may cover $260 million of the more than $350 million cost of utility repairs and power restoration in Tropical Isaias response, the LIPA chief said. That could leave ratepayers on the hook for the balance, a LIPA trustee said. Cuomo: PSEG won't receive annual incentive bonus"The response to tropical storm Isaias by the electric utilities was completely unacceptable," Gov. Cuomo said in a statement. Some LIers grumbling about PSEG's reimbursement planSome PSEG ratepayers say the utility's recently announced program to reimburse them for lost food and medicine, is too onerous, too little and too late.