Almost 500 people died from opioid overdoses on Long Island in 2016, the most ever, with the powerful drug fentanyl leading the way, newly released records show.

The data, provided by the medical examiner’s offices in Suffolk and Nassau counties, reveals a chilling trend: 493 deaths counted so far, with more cases pending — the highest numbers of opioid overdose fatalities seen in both Nassau and Suffolk counties.

Suffolk County has 303 opioid-related deaths for 2016, records show. Of those, 171 were related to fentanyl, a potent painkiller. The death toll tethered to fentanyl almost doubled from 86 the previous year, the data show.

The disturbing numbers do not include 85 cases in Suffolk that are still pending further studies.

Nassau County also reached an unfortunate milestone, with 190 deaths related to overdoses of opioids — a category that includes prescription painkillers, their street equivalents and heroin. That is up slightly from 177 the previous year, records show. There, too, fentanyl-related deaths made the largest jump, with 62 fatalities, up from 22 in 2015, according to the data.

The drug, which has caused deaths in record numbers nationally, is sometimes mixed with heroin, according to experts. Fentanyl is 50 times stronger than heroin alone officials have said, and comes in numerous forms — as a powder, a pill or a liquid on blotter paper.

“Every time I hear those numbers it’s a reaffirmation that this is an urgency,” said Jeffrey Reynolds, president and CEO of the Mineola-based Family and Children’s Association. “If we want to turn back the tide, we need to do more. It’s not enough. We’re trying to put out a raging fire with a garden hose.”

Of course, the opioid epidemic is not exclusive to Long Island with drug overdose deaths, particularly opioid fatalities, also rising nationally. In 2015, more than 52,000 people died, and of those fatalities, 63 percent involved prescription or illicit opioids, according to data released by the Centers for Disease Control and Prevention in December. Since 2000, more than 300,000 people have died from opioid overdoses, according to the CDC. The victims are frequently young adults.

“You think about a lot of the torment these families will have to walk around with for the rest of their lives,” said Reynolds, who played a key role in establishing a new recovery center that opened in Hauppauge in February. “We haven’t changed the way we do things enough to move the needle. We’re still losing folks left and right.”

The rising numbers have spurred official action across the nation, at all levels of government. This past Wednesday, President Donald Trump held a roundtable discussion on opioid abuse. Locally, the NYPD held a conference at their headquarters on Thursday with law enforcement representatives from Los Angeles, Boston, Chicago and other cities, discussing strategies to tackle the crisis.

Joseph Avella, chief toxicologist for the Nassau County medical examiner’s office, who is scheduled to speak at an overdose prevention seminar on Thursday at the Nassau Legislative Building, says users don’t always know what is in the drugs they are using, which has led to fatalities.

“Many of the people that are exposed to these drugs — fentanyl and its analogues — are unaware that those drugs are present in what they’re taking,” Avella said. “They are much stronger than what they’re used to taking and that’s probably a major contributor as to why we’ve seen this uptick.” 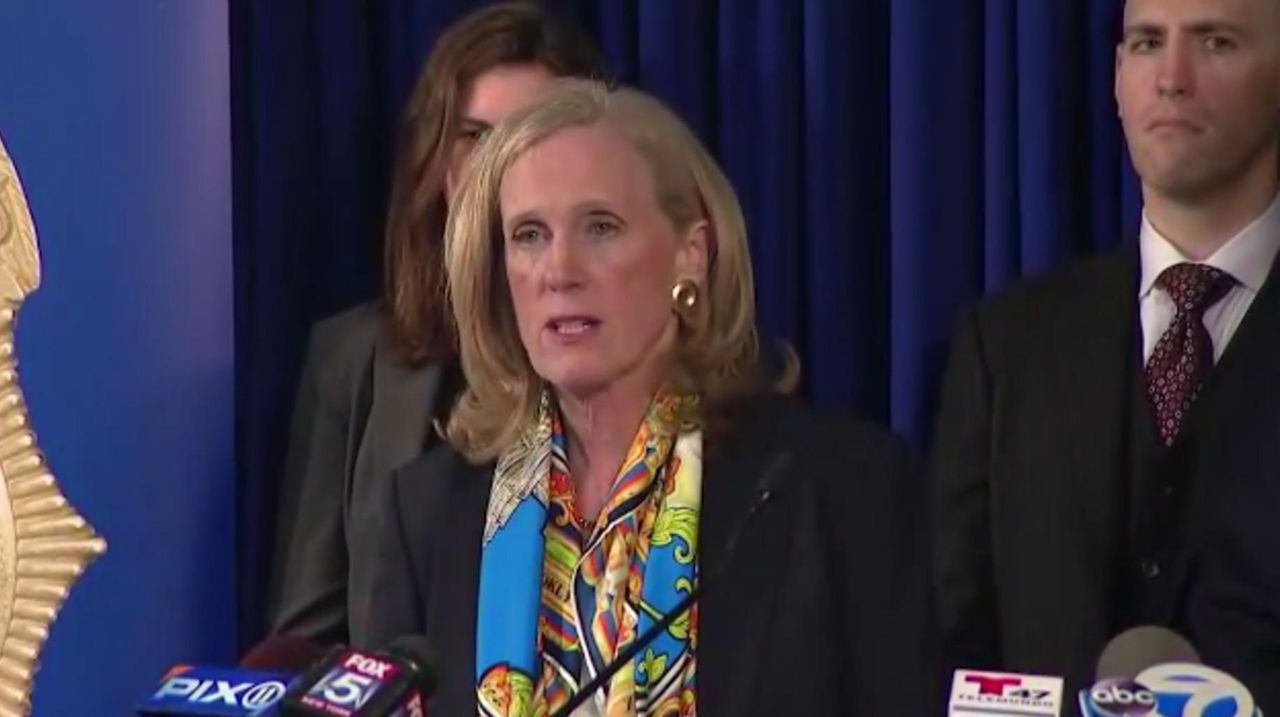 “If people knew or were educated on how deadly this drug would be, I would have to believe there would be more hesitancy in taking it,” Caplan said. “When you are administering illicit drugs, you don’t know what you’re getting. Obviously some of these drugs people know that they’re taking and some they may not know.”

Meanwhile, both the Nassau and Suffolk police departments have been focusing on curtailing the opioid epidemic largely by traditional means: Trying to take down dealers and collaborating with other agencies to conduct massive drug busts.

This past Tuesday, 36 people were indicted in connection with a heroin-dealing enterprise in which dealers sold drugs out of parking lots along Route 110. Calling it an “open air drug market,” law enforcement officials cited the bust as one of the largest ever in the area.

And on Friday, authorities from New York City and Long Island said they had broken up an alleged Medicaid-fraud ring that was also responsible for putting more than 6 million opioid pills on the streets over four years.

In February, a 23-year-old Long Island man from Ridge was indicted on distributing heroin that caused the death of 20-year-old Nicholas Weber and conspiring with others to deal more of the drug, DEA officials said.

Suffolk County Police Commissioner Timothy Sini cautioned that the department could not solve the opioid epidemic with multiple arrests alone.

“This is a public health issue first before it’s even a public safety issue,” Sini said.

Emergency responders have saved more than 700 overdose victims from death with naloxone, the treatment for opioid overdose that is administered through a shot or nasal spray, in 2016, Sini said. That also means, of course, that the rise in the overdose tally comes despite the wide use of the antidote.

Several initiatives are in place such as anti-drug programs that raise awareness and targeted police enforcement in areas known for overdoses and illicit drug use. Statistics are also sent to schools so teachers can use the data in the classroom and pass along to students.

“The true way we’re going to get out of this epidemic: We invest in our young people and we implement evidence-based drug prevention programs at a very young age,” Sini said.

“We use a holistic approach to dealing with the heroin epidemic here in Nassau County. It’s killing our kids,” Krumpter said. “We’re going to put a lot of pressure . . . We’re not going to accept the dealing.”