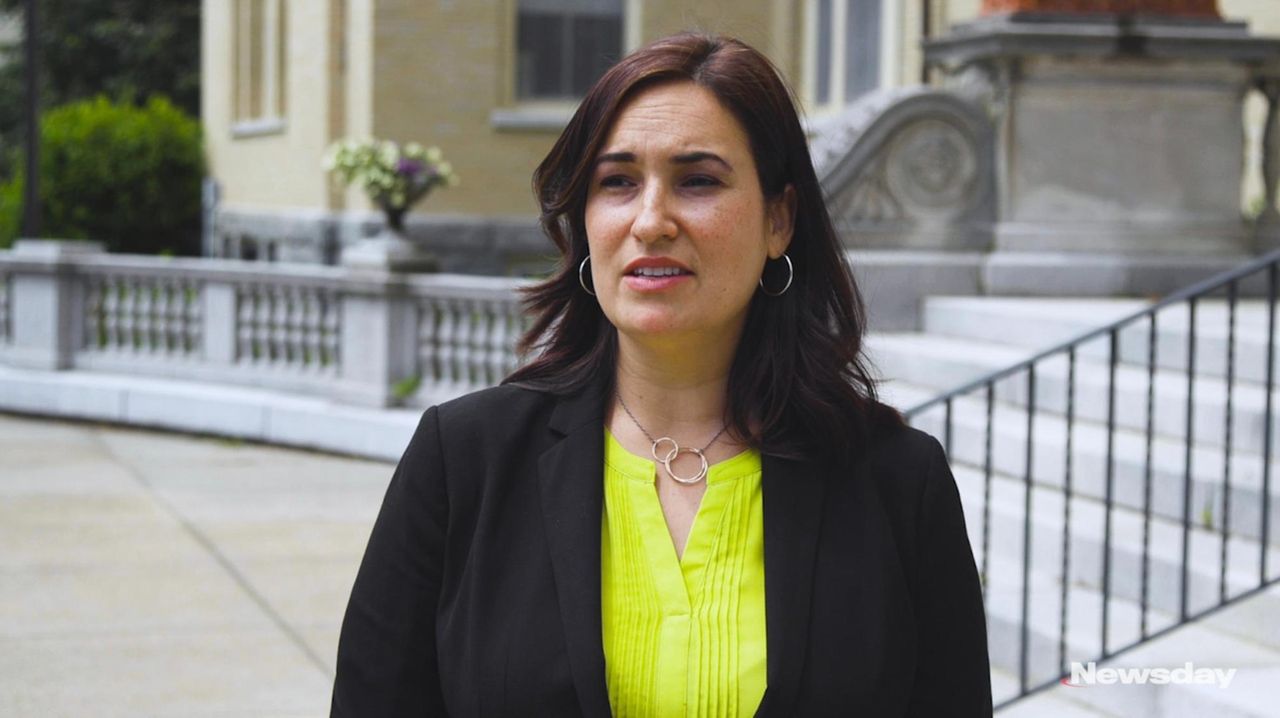 Serena Liguori, the executive director of New Hour, a non-profit that focuses on women and children impacted by the justice system, spoke on Monday about the $50,000 grant from a California organization she is counting on to help launch an initiative to house women after they are released from prison.   Credit: Kendall Rodriguez

Serena Liguori is counting on using a $50,000 grant from a California organization as seed money to help her nonprofit launch an initiative to house women after they are released from prison.

Once operational, supporters of the project said it would help address a housing shortage for women who have long struggled to find a place to live on Long Island with limited income and a criminal background.

“It gives them some breathing space to get on their feet and make a plan before being thrown into the world,” said Liguori, executive director of New Hour for Women and Children, which is located on the campus of Sisters of St. Joseph in Brentwood.

As fundraising efforts continue, Liguori said New Hour is looking to convert a vacant property in Brentwood into a five-bedroom house and have it up and running as early as next year.

Advocates said stable housing can help newly released women, who may have lost their ties to family and community, turn their lives around — something that ultimately reduces recidivism.

“If somebody is coming out with nothing, coming out homeless, coming out without a job, coming out without help getting the mental and substance abuse treatment they need, their chance of making it in the community is very, very slim,” said JoAnne Page of Freeport, president and chief executive of The Fortune Society in Long Island City, a nonprofit dedicated to reentry programs.

The goal of New Hour, which was founded in 2013, was to provide housing for women, particularly mothers, said George and Patricia Kraus, a couple who has donated hundreds of thousands of dollars to the organization. The couple lives in Naples, Florida, but has a summer home in Southampton.

Liguori said what makes the transitional home different is the wraparound services her organization would provide. There would be a live-in house manager, who was formerly incarcerated herself, and a social worker with office space on site.

The house would have helped Rebecca Figueroa, who said she was released to a Riverhead hotel while being eight months pregnant. Before giving birth to a son, she cooked meals in a microwave for more than a month.

“When you get released from prison, … they can place you anywhere. In a hotel. In a house that has so many people living on top of each other,” said the 36-year-old mother who served five months in jail in Riverhead for a drug-related conviction in 2018.

Figueroa, with the help of New Hour, has since made changes in her life, such as living in a cottage in Huntington Station and working as a waitress until the COVID-19 pandemic hit. In September, she said she will attend Suffolk County Community College to become a substance abuse counselor.

Describing the services at the shelters she stayed “touch and go,” Figueroa said what women in her shoes need the most are the resources.

“[They] will be so beneficial to help them get a job, go to school, get educated,” said Figueroa, a member of New Hour. “Whatever they need, we are right there on site.”

Lawmakers call for safety measures on Southern State
Excelsior Pass a hot ticket — if you can get one from the state
26:03
LI health commissioners tout COVID-19 vaccine safety
28:26
Businesses, workers must deal with vaccine etiquette
1:53
Cops: CVS worker stole vaccine cards from Levittown store
New York should shed masks, Curran says
Didn’t find what you were looking for?