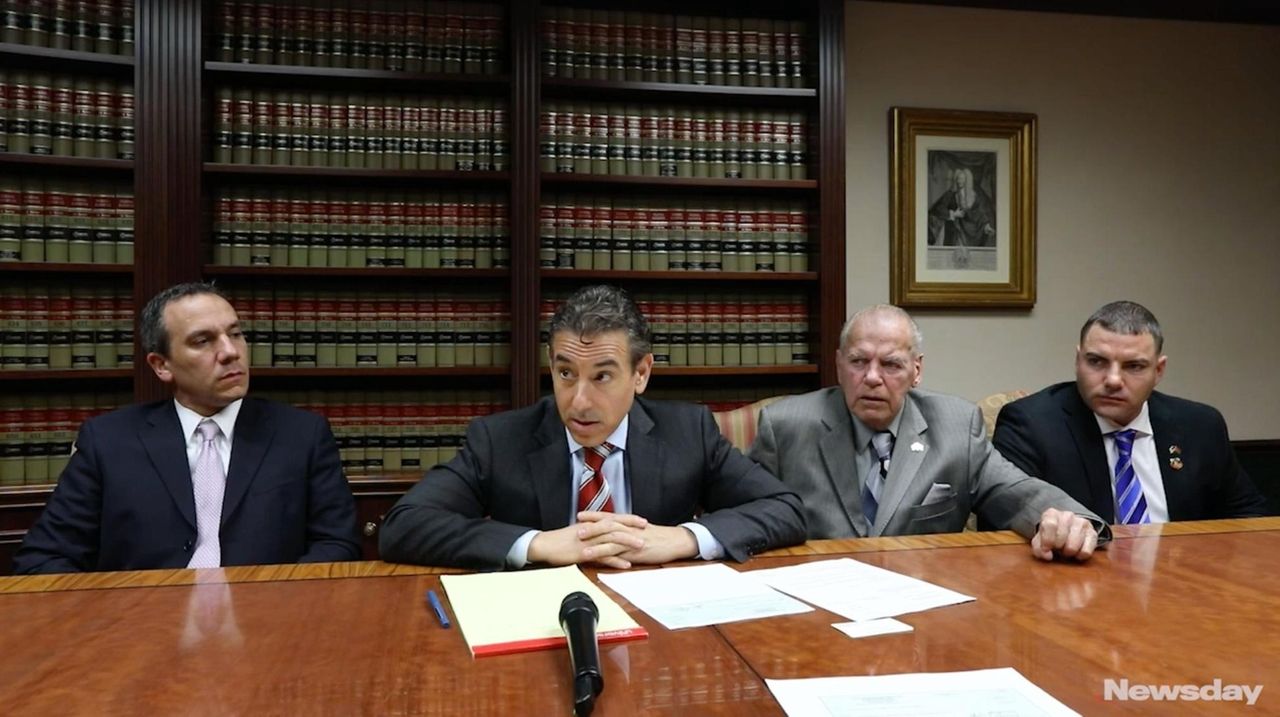 For Michael Dolan Sr. and his son Michael Dolan Jr., a $900,000 settlement from the New Hyde Park Fire Department announced Tuesday marked the culmination of a six-year battle to clear their names. Credit: Newsday / Chris Ware

A former New Hyde Park fire commissioner and his firefighter son received a $900,000 settlement from the fire department after they said the department damaged their reputations by having them wrongfully arrested on theft charges.

For Michael Dolan and his son, Michael Jr., the settlement announced Tuesday marked the culmination of a six-year legal battle to clear their names.

“I can hold my head high again,” Michael Dolan Sr. told reporters at the Carle Place office of his attorney, Rick Ostrove of Leeds Brown Law.

His son, sitting beside him, added, “You can’t just lock somebody up because you don’t like them.”

Ex-fire commissioner, son win suit against department Former New Hyde Park Fire Commissioner Michael Dolan and his son, Michael Dolan Jr., won $625,000 in a lawsuit against the New Hyde Park fire district and its board of commissioners, their attorney Rick Ostrove said on Wednesday, March 29, 2017. The two men had been arrested for stealing smoke alarms in 2012 but were later acquitted. Credit: Howard Schnapp

Fire department officials did not respond to requests for comment.

Dolan Sr. said he and his son were targeted by some commissioners after he wanted the firehouse to stop selling alcohol in its clubroom.

The Nassau County district attorney’s office dropped the charges after a few months, but the fire commissioners began legal proceedings to remove the men as members.

The Dolans responded by filing a federal lawsuit against the New Hyde Park Fire District and several commissioners for malicious prosecution and abuse of process. Years of court fights took place.

A year ago, a federal jury awarded $625,000 in damages to the Dolans. The men eventually received another $275,000 for their legal expenses after negotiations with the fire department.