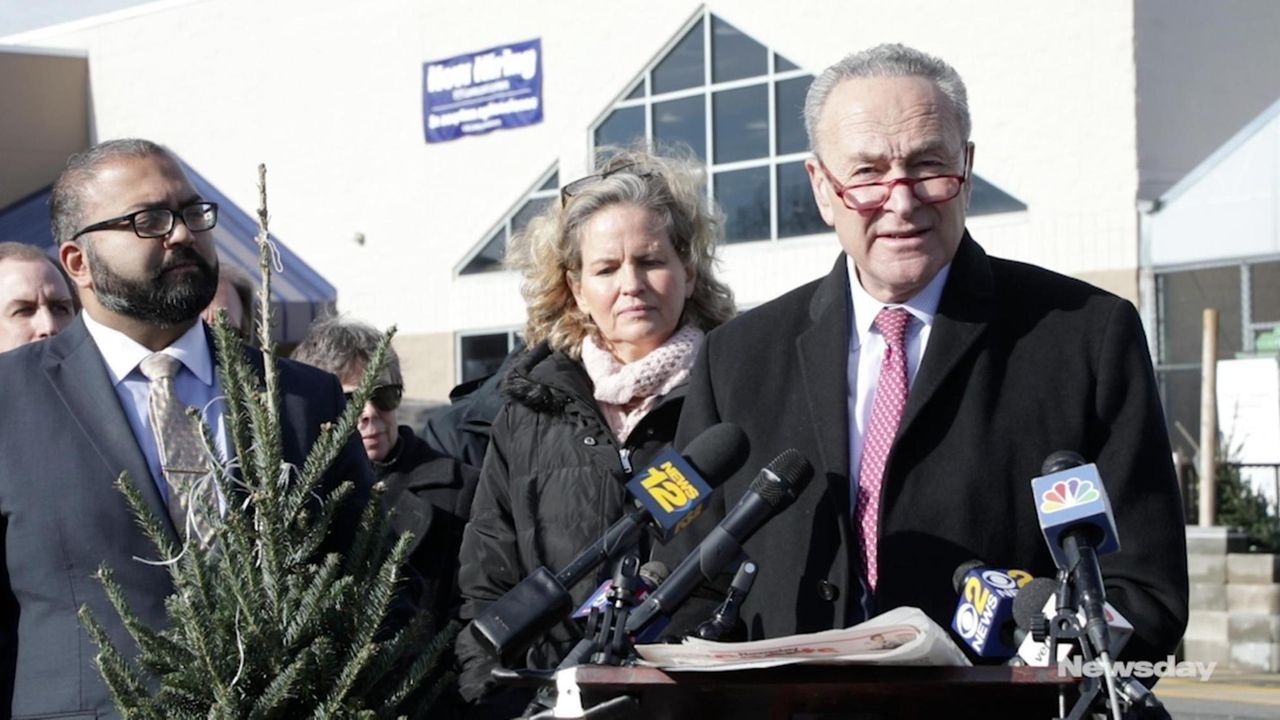 Sen. Chuck Schumer (D-N.Y.) on Monday called on the EPA to ban methylene chloride, a chemical used in paint strippers that could sicken or kill do-it-yourselfers. Credit: Newsday / Yeong-Ung Yang

Sen. Chuck Schumer called Monday for the Environmental Protection Agency to ban a chemical used in paint strippers that has sickened and killed do-it-yourselfers in New York.

Schumer (D-N.Y.) said the EPA is "slow-walking" the process that could lead to banning methylene chloride, which is contained in products available online and in stores as Klean Strip, Goof Off and Jasco.

“It is shocking to think that a chemical and product that has made people really sick, even caused deaths, is available for sale in everyday stores and online while the federal government sits back and presses pause on a plan to remove it from the marketplace,” Schumer said. He  charged that chemical manufacturers had increased influence on the EPA under President Donald Trump.

EPA spokesman John Konkus said in a statement that the "EPA is currently evaluating the proposal and uses for methylene chloride to determine the appropriate regulation."

Faye Graul, executive director of the Halogenated Solvents Industry Alliance, which includes manufacturers of products that use methylene chloride, said paint strippers without the chemical don't work as well.

"From the industry perspective, we don't want to see methylene chloride paint strippers banned, but we do want them to be used correctly and with adequate ventilation," she wrote in an email. "The people who have died using the product ignored the fact that you must have adequate ventilation or used them for bathtub stripping — an application that is specifically called out as something that should not be done on the product label."

She said the EPA staffers are "just doing their jobs" and the association does not have a lot of influence over them.

A number of big-box stores have voluntarily said they'd pull products with the chemical, but the products are still available online and in some Long Island hardware stores, according to Schumer's office.

One of the largest manufacturers of the product, W.M. Barr, based in Memphis, Tennessee, did not respond to requests for comment Sunday.

Said Schumer, "The chemical lobby has a huge influence on the EPA . . . much more now than they ever used to have."

In May, the EPA announced that it intended to start a process that could ban methylene chloride.

Schumer said he and Sen. Tom Carper (D-Delaware), the ranking member on the Environment and Public Works Committee, would introduce legislation banning the chemical if the EPA doesn't act.