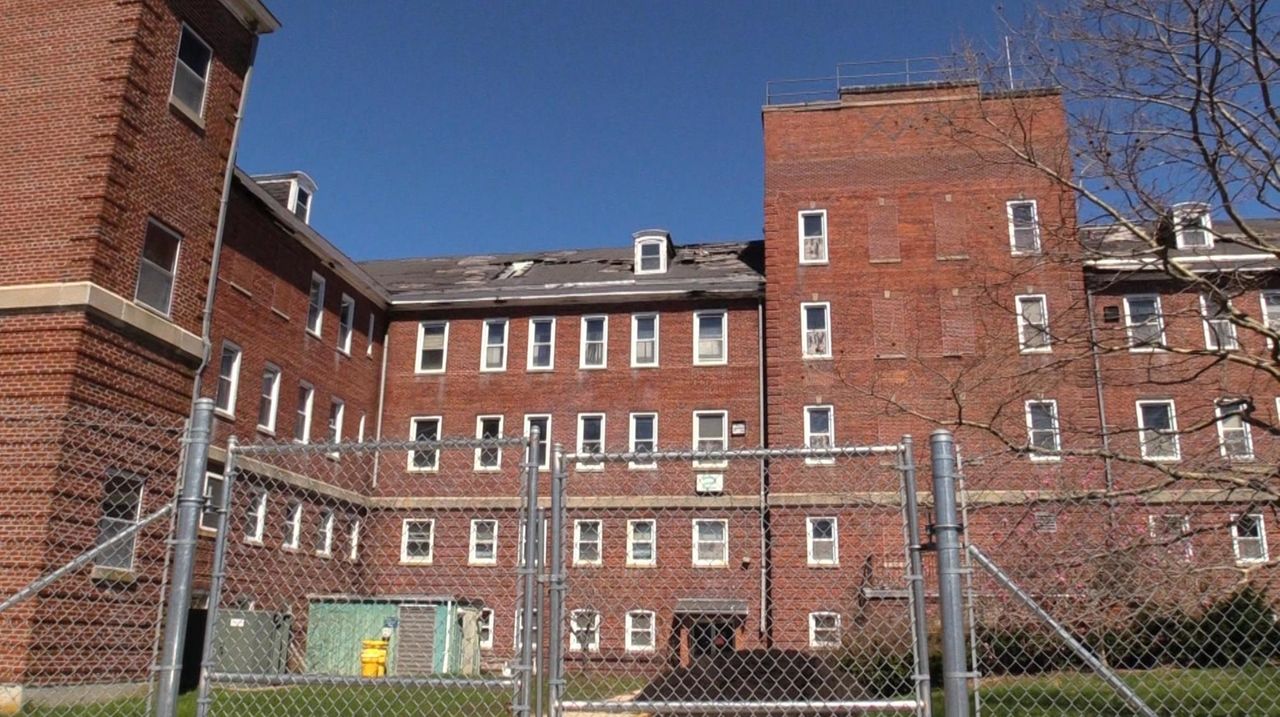 On Monday, April 23, 2018, Rep. Thomas Suozzi and Scott Guermonprez, director of the Northport VA Medical Center, took a walking tour of the center to get an idea of what the infrastructure problems are. Credit: James Carbone

A three-year plan will address a host of staffing and infrastructure problems that have plagued the 90-year-old Department of Veterans Affairs Medical Center in Northport and led to widespread disgruntlement among its 1,800 employees, the facility’s director said on Monday.

Director Scott Guermonprez discussed the plan in a meeting with Rep. Tom Suozzi (D-Glen Cove) at the sprawling medical complex.

Guermonprez said he will hire an additional 62 engineers and custodial workers, and hopes to initiate by November the demolition of a pair of abandoned buildings that once housed the main hospital but now stand as stark examples of Northport’s crumbling facilities.

Guermonprez, who has overseen wholesale changes in the administration’s top staff since he arrived in June — Northport’s $132,000-per-year engineering director, Ron Brattan, resigned in September — said he is confident their replacements will ensure planned work gets done.

Northport’s current budget includes $12 million for infrastructure repairs and the replacement of broken air-conditioning equipment, Guermonprez said. Plans call for the repaving within two years of all roads on the 268-acre medical campus.

Many of the roads sport deep potholes that pose tripping hazards to elderly patients, he said, and workers this year have already laid 12 tons of asphalt, compared with 32 tons during all of last year.

But the $12 million cited by Guermonprez is far short of what others have said is needed at the medical center, which houses Long Island’s only veterans hospital. Last year, the head of the congressional House Committee on Veterans Affairs said Northport was in need of nearly $300 million in repairs and infrastructure improvements.

And many of Guermonprez’s proposals were recycled ideas first floated by past hospital administrators as long as 17 years ago.

For example, a week before Guermonprez became director at Northport, former VA secretary Dr. David Shulkin announced plans to demolish the two Northport buildings within two years and demolish or repurpose another 428 abandoned VA buildings nationwide. The VA has yet to designate a contractor for the Northport demolition.

Another Guermonprez proposal — to build an assisted-living facility on the medical campus for veterans no longer able to care for themselves at home — has been in various planning stages since 2001.

Suozzi, whose district includes the medical complex, said Northport enjoys “tremendous goodwill” among Long Island’s 130,000 veterans, but a “creeping discontent” exists among many who worry staffing and infrastructure problems have begun to undermine its mission and jeopardize its future.

Suozzi said he would like to see Northport become “the premier facility it once was recognized as being, and that we would all like to see it be again.”

Problems at Northport have drawn increasing attention since at least 2016, when failing air-conditioning equipment in the Vietnam War-era hospital building forced a four-month suspension of all surgeries.

“Our facility is falling apart,” read one survey response. “There are not enough housekeepers to keep it clean, not enough technologists to do the work, not enough equipment or broken equipment to do our job, HVAC [ventilation] units failing, sewage backing up in our department. Upper management doesn’t do a thing about any of this. Projects take forever to get approved, then . . . never finished.”