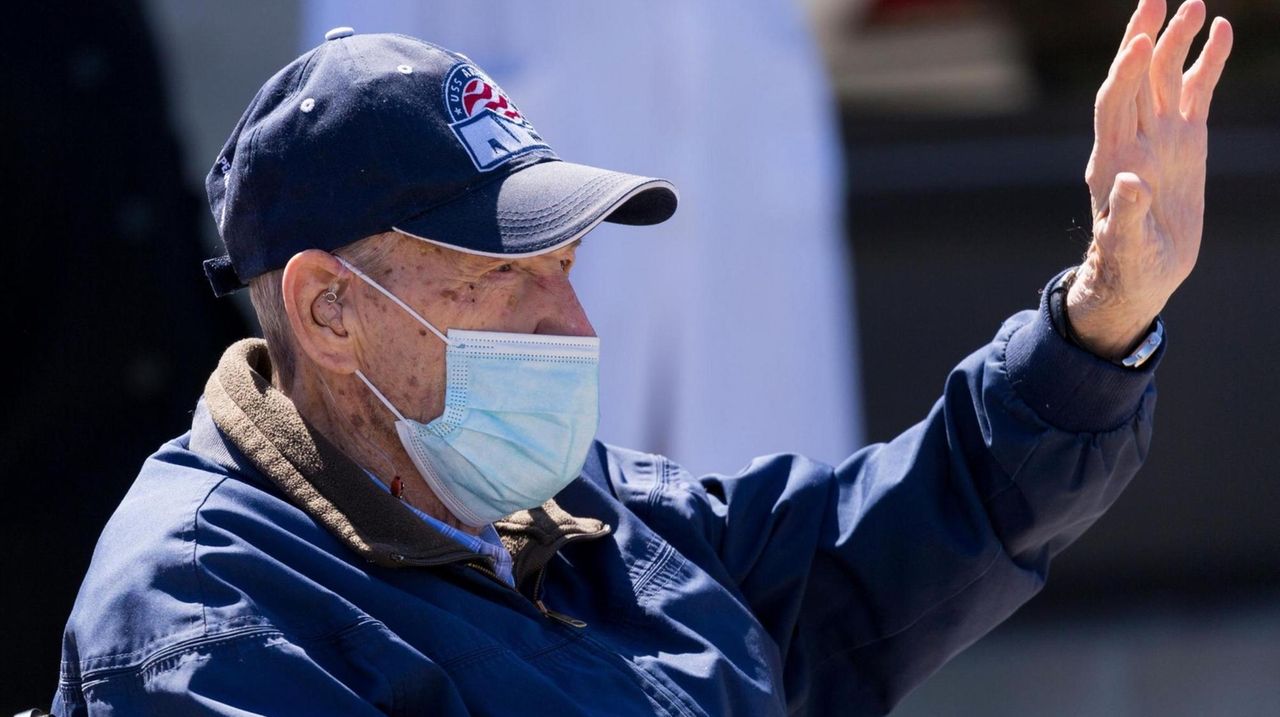 Visits in the pandemic era were previously permitted on a case-by-case basis. The Northport VA Community Living Center houses approximately 100 veterans, some for stays of a few weeks, others for years.

A limit of two family members will be allowed to visit a resident for 30 minutes during hours set by the facility, according to rules shared Monday by Northport VA spokesman Chad Cooper. The Northport VA will allow up to four total visits to the facility per day.

Visitors don’t have to be tested or vaccinated for COVID-19, but will be screened at the Northport VA gate for symptoms and exposure, and again at the entrance to the community living center.

Relatives must keep six feet apart from the veteran being visited, wear a mask, and wash their hands.

Northport VA’s announcement came days after Gov. Andrew M. Cuomo said that nursing homes were permitted to readmit visitors if the facilities are COVID-19 free for 14 days and not had to undergo outbreak testing. Visitors may have to be tested, based on the seven-day rolling average for Suffolk County, where the nursing home is located. Cooper said the Northport VA’s announcement was not tied to Cuomo's.

More than 20 of Metten’s relatives piled into vehicles and took part in a festive motorcade for the family patriarch.

"Today was a great celebration for him. He was emotional. I’ve seen my dad cry three times, and this was the third," said Linda Brooks, 69, of Massapequa Park. "I saw him every single day for over a year until COVID."

Metten's other relatives said Monday was also the first time they had spent time in-person with him since the pandemic hit Long Island in March 2020. Brooks said she dropped off one of his favorite dishes Monday — linguine with clam sauce — and a beloved dessert, strawberry shortcake.

Lisa Brooks, 43, Metten’s granddaughter, said he teared up after realizing the parade of vehicles was in his honor.

"He saw my mom. He saw my dad. And it connected," said Brooks, also of Massapequa Park. "That’s when he really got emotional about it. He realized after it started it was all for him."

Metten, who served in the U.S. Army Air Corps has lived on Long Island since moving to Mineola in 1952, his family said. He launched several businesses throughout the Island including liquor stores, a deli and gas stations, relatives said.

Metten’s daughter said her father also adored his late wife, Mary Metten, who had a massive stroke in 2000, prompting her father to take care of her for the last dozen years of her life.

"They were Romeo and Juliet," Brooks said.