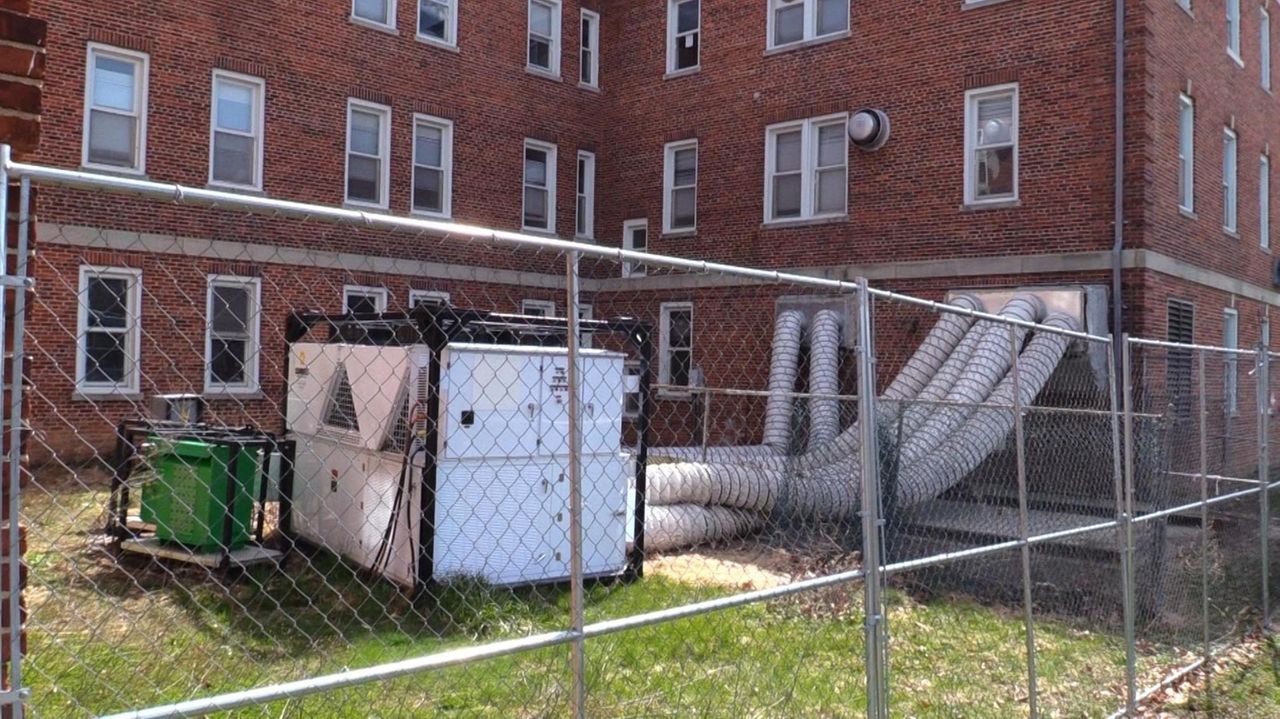 On Monday, Sen. Chuck Schumer plans to ask the Department of Veterans Affairs to use money in the current budget to prioritize repair of failing air quality equipment at its medical center in Northport because the aging facility is the only convenient VA health center for the Island's roughly 130,000 veterans. Credit: James Carbone

Sen. Chuck Schumer, during a Monday visit to the Northport VA Medical Center, said he wants Washington to fast track $15 million in funds to replace failing heating, ventilation and air conditioning systems there and that preserving the troubled 91-year-old facility is vital to the Island’s 130,000 veterans.

New York’s senior senator said the money is available from a $4 billion energy efficiency fund available to VA facilities nationwide — money that was included in the federal budget he helped negotiate as Senate minority leader and which President Donald Trump signed into law in February.

“Today, I am demanding the Veterans Administration make this facility their number one priority, and one of the very first things they should do with that $4 billion dollars is to send it right here to Northport VA,” Schumer said. “Because we have an emergency here, worse than most other places.”

Standing with Northport director D. Scott Guermonprez, Schumer, a Democrat, said urgent action is needed because repeated HVAC system failures at Northport have resulted in months of canceled surgeries, jeopardized the viability of medicines stored at the pharmacy, forced the closure of a homeless shelter, made it impossible to moderate temperatures in many parts of the facility and even resulted in a rat infestation in Building 7. Until recently, Building 7 housed administrative offices of the medical center’s nursing department, according to a nursing official, who declined to be named.

Curt Cashour, the VA’s spokesman in Washington, said VA personnel in its regional and national offices are working with Northport “to secure funding for additional repairs,” but did not indicate whether Northport would be prioritized.

Cashour denied that rats had entered any of the buildings, saying that a single squirrel had made its way into a building, and that “the issue has since been resolved.”

“It’s important to note that, while Northport VAMC has a number of infrastructure challenges that have developed over the years, its ability to serve Veterans well and provide high quality medical care remains unaffected,” Cashour said in an emailed statement.

Figures provided by Schumer’s office indicated that the medical center’s main hospital building, which dates to the early 1970s, requires some $8.5 million to replace air conditioning units and crumbling ductwork.

One unit requiring replacement provides heating, ventilation, and cooling for an area of the main hospital that houses a number of vital services, including admissions, psychiatry, neurology, electron microscopy, physical rehab, dentistry, audiology, and patient dining rooms, according to Schumer’s office, which said the unit is already 12 years beyond its usable life. Replacing that unit, and repairing related ductwork, is expected to cost $7.5 million.

Northport has been forced to send infectious disease patients elsewhere because the HVAC unit responsible for the main hospital building’s four-room isolation ward is not working, according to Schumer’s office. That unit comes with a replacement price tag of $772,330.

Schumer said Northport should be moved to the front of the line in the competition with other medical centers for renovation dollars because the next closest VA medical complex is in lower Manhattan. Reaching that facility can be an all-day trip for many veterans living on Long Island, an area that has one of the highest concentrations of former military personnel in the nation.

Already, the giant medical center is spending about $1 million to replace a failed heating, ventilation and air conditioning unit at the homeless shelter, which was forced to disperse some three dozen homeless veterans living there to other shelters around Long Island after a January cold snap plunged the temperature in the building.

But at least five other buildings on the sprawling medical complex need new heating and cooling units — industrial-sized equipment designed to force air through ductwork that snakes through walls and ceilings.

Northport’s repeated infrastructure problems have led to concerns among employees and patients that leaders in Washington could be tempted to try to save money by turning over some VA medical services to private medical providers. Schumer has said he opposes any wholesale privatization of VA medical care.

Four challengers taken off Babylon Village ballots
1:49 Forecast: Rain through Monday, then a warm up
5:01 Counties add fair housing staff, but no testing program
Insiders: Cuomo's style led to nursing home controversy
1:42 Transition to high school more troublesome because of COVID-19
1:34 Fighting COVID-19: How medical experts have faced the virus
Didn’t find what you were looking for?