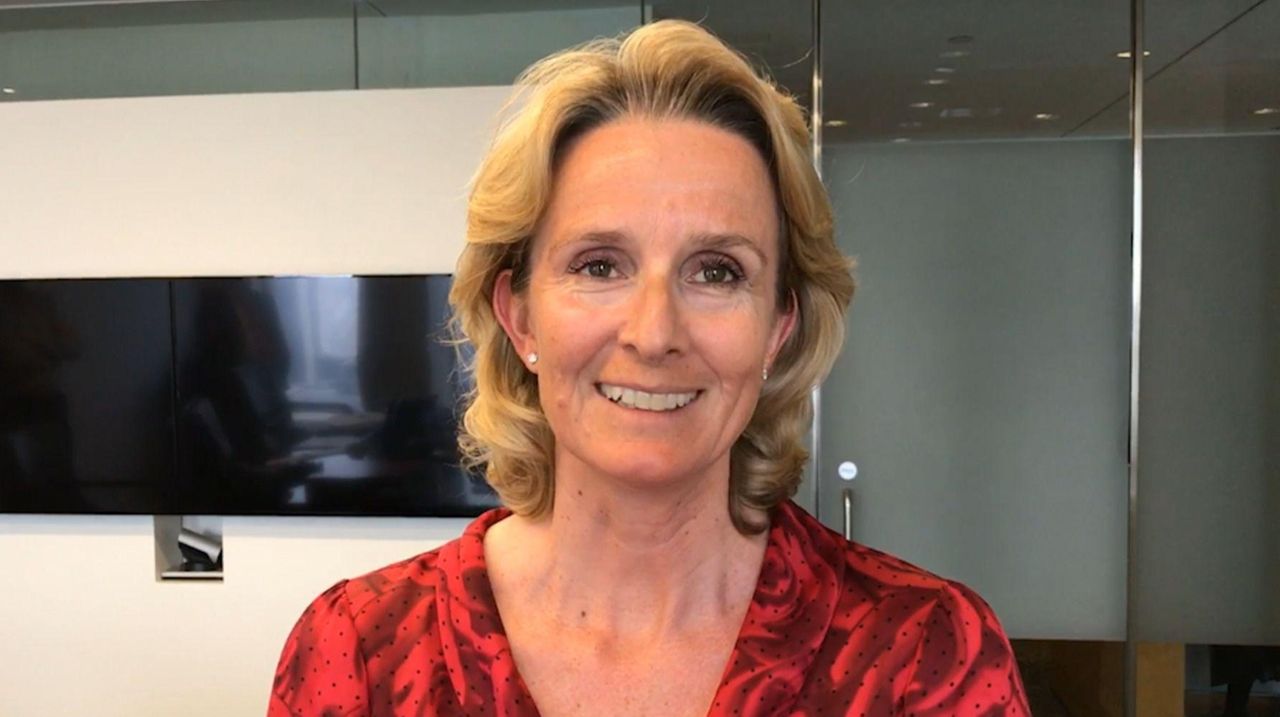 Norway-based Statoil plans to develop up to 100 wind turbines in the Atlantic 14 to 30 miles from the coast near Long Beach. Credit: Newsday / Mark Harrington

Statoil, the Norwegian energy conglomerate that won lease rights to build a wind-energy array off the coast of southwestern Long Island, is establishing a beachhead in the metropolitan area as it marches toward development of more than a gigawatt of wind power here beginning in 2024.

The company, which spent $42.5 million to outbid a contingent of energy conglomerates and New York State in December to advance its first U.S. wind project, has begun staffing here as it begins the four- to five-year process of acquiring the more than two dozen state and federal permits needed before construction can begin.

Irene Rummelhoff, executive vice president of new energy solutions for Statoil, said the company is still deciding whether to approach construction for the 79,000-acre lease area about 14 miles south of Long Beach in phases or all at once.

Under the first scenario, 400-600 megawatts could be developed by 2024, with the remaining number phased in over the next several years. Statoil expects to develop more than 1,000 megawatts of wind energy in the area, using turbines that can produce at least 10 megawatts or more each. That would amount to about 100 turbines in all. A megawatt of wind energy can power at least 360 homes.

“We’re a big company with a serious interest and intent on developing this lease as quickly as possible,” Rummelhoff said in an interview in Manhattan Wednesday. “We could build it quicker, but we need to do it the right way.”

The company, which has offshore wind projects in the United Kingdom and Germany, has also expressed ambitions for wind-energy arrays in California and Hawaii, said Michael Olsen, senior director of business development. Its vast holdings in offshore oil and gas exploration and production have given it expertise in offshore work that will benefit the new renewable energy plans, Rummelhoff said. Statoil is two-thirds owned by the Norwegian government.

The Long Island project, while supported by environmentalists, has already run into opposition from commercial fishing groups that charge it will reduce access to, and potentially destroy, vital fishing grounds, particularly for scallops, squid and other groundfish. They have filed suit in federal court seeking to block the lease award, an effort that initially failed, though the suit is pending.

“Our industry is being ambushed,” said Bonnie Brady, director of the Long Island Commercial Fishing Association, one of the plaintiffs in the suit. “If everyone put solar panels on their roofs, there would be no reason to destroy the fishing grounds” for wind turbines.

Rummelhoff said the company plans to have an “informative and respectful dialogue” with fishing groups. She allowed that there could be impacts during the construction phase, but said “after that it’s quite possible” that fishing could continue around the turbines. Fishermen have expressed doubt about the claim.

Fishing, Rummelhoff noted, is a big industry in Norway. “We’ve learned how to co-exist,” she said. “We think we can manage this by approaching stakeholders with an open mind and listening.” Officials also broached the notion that some of the 79,000 acres “will not be developed.”

Rummelhoff said the company has already begun the work of meeting with local and state officials to inform them of the plan and address concerns. She and her team visited with state lawmakers in Albany on Tuesday, and have plans to meet with Long Island groups, including fishing groups, in coming weeks and months.

At 14 to 30 miles from shore, she said, the turbines for the Long Island project aren’t expected to be seen on the horizon. “We’ll try very hard not to make them visible,” she said. The company has a floating platform technology that can allow for siting the turbines in much deeper water than currently feasible, she said.

Rummelhoff said the company has been encouraged by the increased activity for offshore wind in the United States, after Europe has carried the offshore wind flag for more than a decade. The Trump administration, despite telegraphing doubts about climate change and green energy, last month completed a successful offshore lease for waters off North Carolina. Meanwhile, a German developer, PNE Wind, has made an unsolicited offer for a wind farm just east of the proposed Statoil project in waters 12 miles from Bayport. LIPA already has signed a separate contract for a 90-megawatt wind farm with Deepwater Wind off the Rhode Island coast.

Statoil has been encouraged by state and Long Island energy plans, which anticipate renewable energy playing a greater role in the next dozen years, Rummelhoff said. The company is working on a study “to understand the Long Island market and beyond,” including how to reach the markets that demand new energy sources. A plan by Gov. Andrew M. Cuomo to shutter the Indian Point nuclear plant in Westchester by 2021 could further create a need for Statoil’s wind energy, she said.