A key expert involved in the process of identifying the remains of World Trade Center victims recalled Tuesday how he narrowly escaped death in the collapse of the south tower in 2001 as he sprinted away and was pinned by debris and dust inside a building on West Street.

"This is how I am going to die," Desire said he thought as the building crumbled. "Luckily there were two firefighters to my left who didn’t want to die, as they ran by me they screamed and … I ran across the West Side Highway."

As Hirsch was giving his staff instructions, Desire was watching people fall from the buildings and dying in front of him. Desire said a man fell onto a light post outside one of the towers. 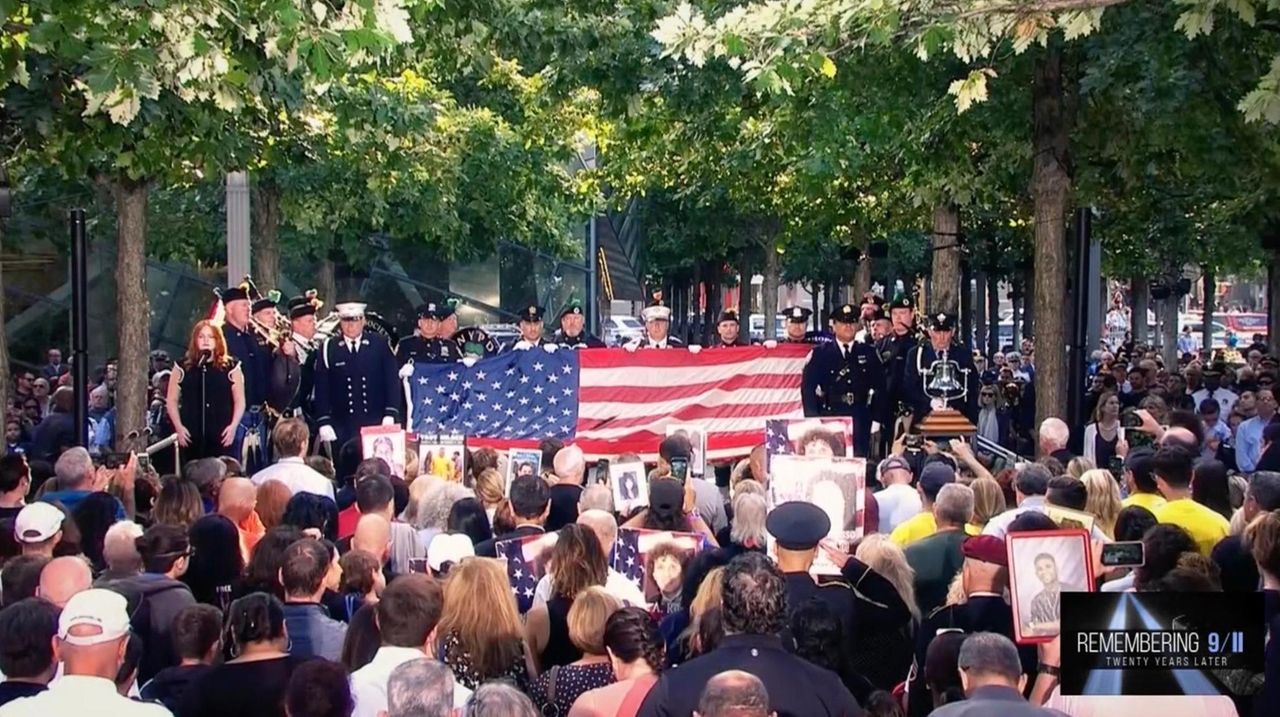 Desire, Hirsch and others had rushed to the area and were attempting to set up a temporary morgue and begin identifying victims. But the group quickly realized the magnitude of the disaster facing them.

Then, Desire said he heard a boom and saw the south tower begin to collapse, cascading debris and dust below.

Desire said he sprinted and almost got to a building off the highway when he started to get hit by small, dense piece of debris that impaled his head, shoulders and neck. He recalled almost making it through a glass door of a building when he was knocked down.

"I figured any moment now this was it," Desire told the audience of the experience.

He recalled that there was a strange silence as he struggled to breath in the dusty darkness.

Finally, Desire worked his way to a light and ran into two colleagues and they made their way to the Hudson River where they got on a rescue boat to New Jersey. Hirsch was unharmed and died in 2016.

Police in New Jersey took Desire and his colleagues to a hospital where he was treated for a broken left foot, a concussion and cuts. Since he couldn’t get home to Brooklyn, Desire was put up by Secret Service friend Rob Murphy.

The next day, Desire and others from the OCME began weeks and weeks of work as they started to set up case files to handle the thousands of victims. Desire told his audience the scientists practically lived in their offices as officials expected an upward of 20,000 casualties. The number of people who died in New York City on Sept. 11, 2001, was 2,753, officials said later.

The identification process was the biggest mass casualty case Desire and many others worked on. He said the painstaking work continues today, 20 years later because the office has failed to identify 1,100 victims. Desire said his office won't stop.

'I didn't run. I was just in awe.' LIers recall where they were on 9/11 That sunny crisp morning Long Islanders, from students to teachers to commuters, began to learn firsthand about the Sept. 11, 2001 terrorist attacks. Remembering 497 LIers who died on 9/11 Nearly 500 Long Islanders were killed in the Sept. 11, 2001, terrorist attacks. These are the stories of those who were lost.