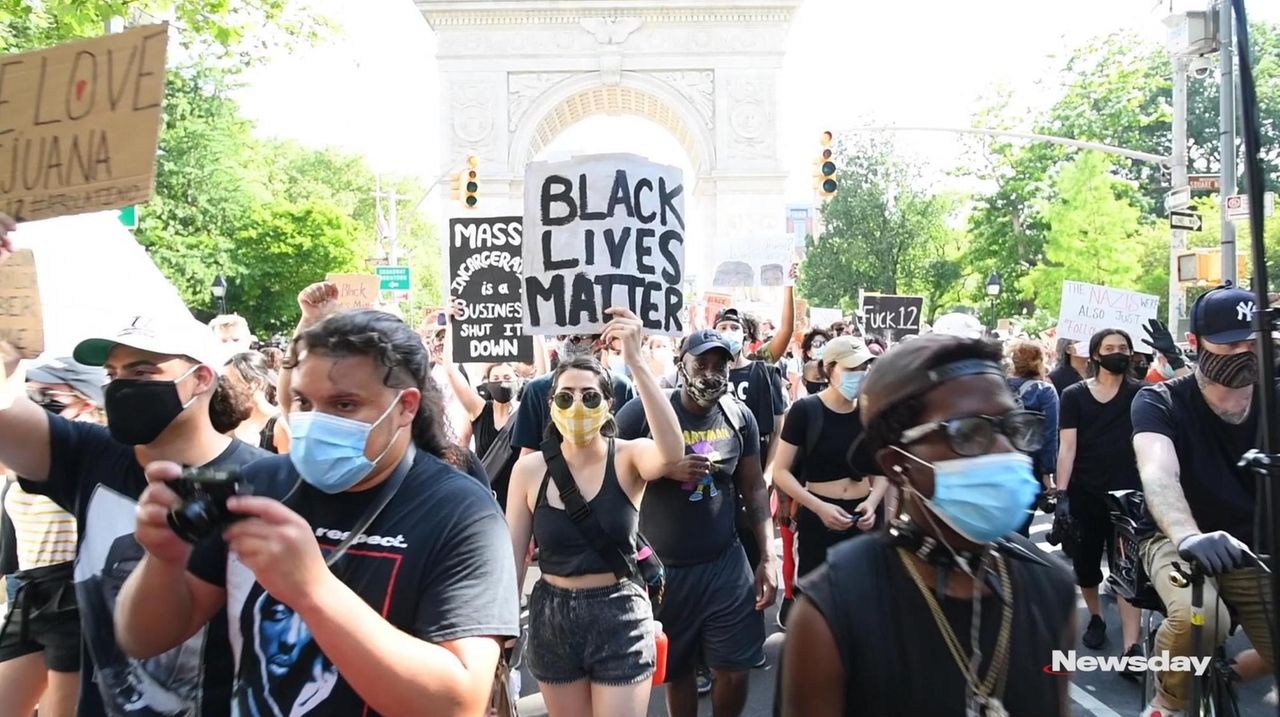 The probe, overseen by state Attorney General Letitia James, was commissioned May 30 as bystander videos began going viral depicting officers clubbing, shoving, unleashing pepper spray and using other physical force against protesters, including those who appeared to be peaceful. Passersby were apparently also caught up in the unrest.

The two advisers are Loretta Lynch, Obama’s last attorney general and before that, the U.S. Attorney for the Eastern District of New York in Brooklyn; and Barry Friedman, a New York University law professor who’s helped analyze policing for the American Law Institute, an influential group that has guided model penal codes across the country.

Buoyed by outrage, protests and rioting over the May 25 death of Floyd — a handcuffed man in Minneapolis who is shown in a bystander’s video dying while an officer knelt on his neck for almost nine minutes — New York State’s legislature has begun tightening policing regulations.

On Monday, chokeholds were banned. On Tuesday, one of the nation’s most secretive policies, known as law 50-a, which had shielded New York State officers’ disciplinary records from public view, was repealed. Also being considered: requiring state troopers to wear body cameras while on patrol and explicitly recognizing the right to record police activity.

NYPD Commissioner Dermot Shea has said that there are at least a half dozen internal disciplinary probes of officers’ behavior at the protests, including that of Vincent D’Andraia, 28, of Holbrook, seen on a viral video violently shoving a protester in Brooklyn. The protester, Dounya Zayer, 20, has said she suffered a seizure and was treated for a concussion. He was arrested and charged Tuesday and ordered to stay away from her.

James’ office has been soliciting such videos.

When Lynch was U.S. attorney general, she oversaw an investigation of the Chicago Police Department, finding widespread excessive force and unbridled aggression. That investigation came after the release of a video showing a white officer shooting a 16-year-old black teen.

James’ probe is in addition to an internal review by New York City Mayor Bill de Blasio’s legal department, which his deputy, J. Phillip Thompson, said would scrutinize both the NYPD and protesters' behavior.

Protests nationwide continued Wednesday for the 14th day and night. The reaction to Floyd’s death has included mostly nonviolent marches, but also some looting, vandalism and other violence. In an attempt to quell local unrest, de Blasio imposed a nighttime curfew for six days.

The NYPD said Thursday morning that according to preliminary information, more than 2,500 arrests have been made since the protests began. There were no arrests at Wednesday's demonstrations, the NYPD said.

Early Wednesday night, there was yet another Black Lives Matter solidarity bicycle ride that began at Brooklyn’s Grand Army Plaza.

Cyclists peeled off from the group as night fell, riding away in small groups. Cardboard placards signaled the cause, including various names of black people who died in police confrontations, wedged in wheels or baskets or handlebars.

Overall, while nowhere close to gone, demonstrations appear to have quieted down, at least from last week’s peaks of more than 10 citywide nightly.

Nevertheless, hundreds of officers remained posted Wednesday night at the edge of the East River bridges to and from Brooklyn and Manhattan. For several days, bridges, including traffic lanes, had been commandeered by demonstrators, and last week the NYPD turned back some groups of seeking to travel between the boroughs.

Asked Wednesday whether he would stop the NYPD from refusing to disclose disciplinary records by citing other laws that remain on the books, de Blasio said his legal team “over the next few days” will examine what Albany passed in repealing 50-a.

“I can tell you directionally, I’d like to see the maximum disclosure at this point. I think the goal here is that all existing personnel actions be put out publicly,” said de Blasio, under whom the NYPD has interpreted 50-a more strictly than under any other New York City mayor in history.

What remains is the state Freedom of Information Law, which unlike 50-a, presumes that records are disclosable, with exceptions such as for pending investigations or if disclosing a record would pose a danger, that are nearly all discretionary, according to Michael F. Higgins, a staff attorney at the University at Buffalo School of Law's Civil Rights and Transparency Clinic.

But, he cautioned, what Albany passed Tuesday — which Gov. Andrew M. Cuomo says he’ll sign — doesn’t solve all the problems of police-record secrecy.

“Lots of records are now absolutely required to be disclosed,” he said. “A government agency can still take an aggressive approach to secrecy where they try to exploit every facet and procedural step of FOIL to prevent people from seeing those records.”