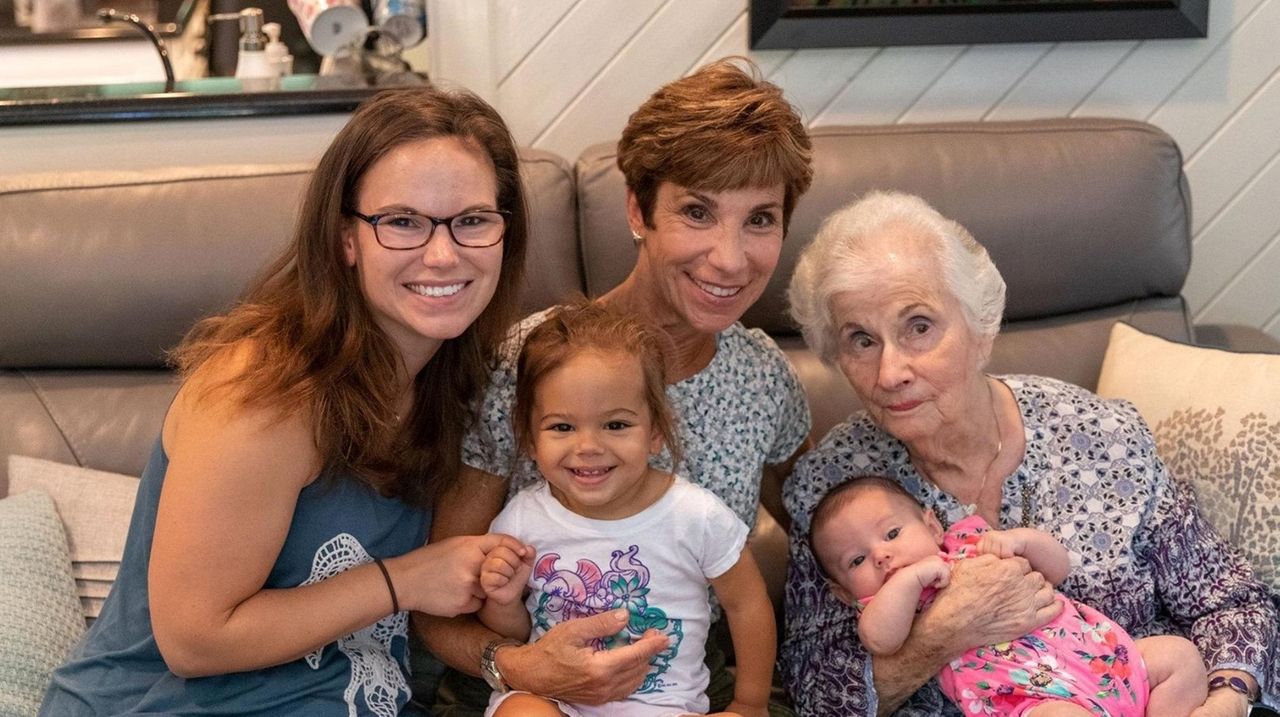 Geoffrey Sorensen of Huntington Station speaks about his grandmother, Gerda Garbatzky, a Holocaust survivor who died of COVID-19 on March 16. Credit: Colin Stephenson

On the day she went to the hospital for the final time, Gerda Garbatzky needed a minute before the EMTs loaded her into the ambulance.

She needed to grab her lipstick.

“She had a European elegance about her,’’ her daughter, Michelle Sorensen, of Huntington, said. “She always had to have her hair done, and her nails done.’’

Garbatzky died March 16 from complications related to COVID-19, her family said. She was 90.

Garbatzky was born on Nov. 28, 1929, in Vienna, Austria. She was an only child who, at 6, lost her mother to breast cancer, and, who, at 9, saw her father and remaining family taken away to a concentration camp, where they all died, Sorensen said. Gerda managed to escape on the Kindertransport, a train organized by British Jews to bring thousands of Jewish children from Germany, Austria and Poland to live with foster families in England.

Though her new home in Birmingham, England, was destroyed during the bombing of England during World War II, she survived. After the war was over, she was at work one day when her foster parents called her to say her only surviving relative, an aunt who had fled Austria before the war, had sent a ticket for her to come to New York.

She was 17 when she arrived in New York on March 1, 1947. She met her future husband, David, in a coffee shop in New York. David had been born in Germany, but his family had fled to New York before the war, and he had enlisted in the U.S. Army and fought in the war against the Germans. They married in June 1949.

Gerda and David lived in Manhattan and raised two daughters. Gerda did the books for the laundromat they owned, and after David died in 1987, she lived alone, in the Riverdale section of the Bronx, until she moved into a senior living complex in Huntington, near where Michelle lived, in October 2010.

“The first thing I would say is she was full of love,’’ Geoffrey Sorensen said. “Everything she did was for her family.’’