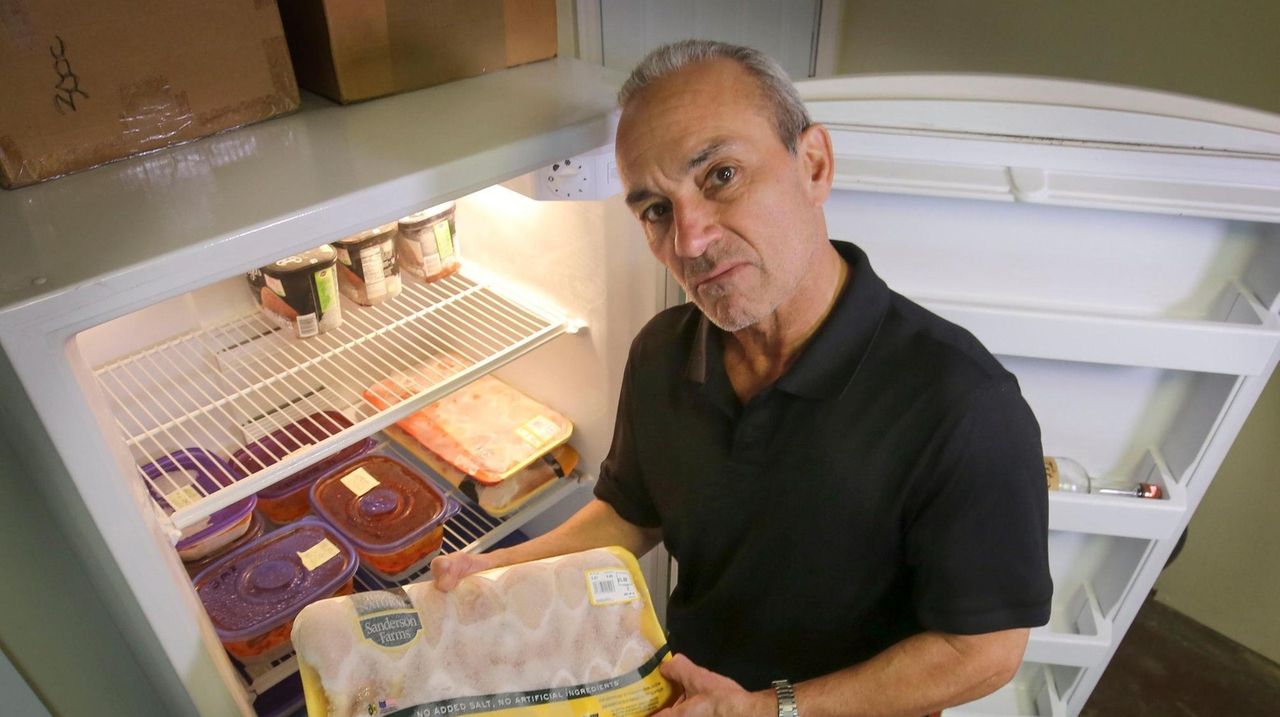 Amid more outages Wednesday, some PSEG Long Island ratepayers who went days without power in sweltering heat after Tropical Storm Isaias said the utility's program to reimburse them for lost food and medicine is too little too late.

Early Wednesday, more than 2,400 customers, including nearly 1,900 in Huntington, lost power as rain fell across the Island. All but 273 were restored by 4 p.m.

More than 420,000 customers lost power following Isaias, unleashing a torrent of protests from public officials and customers, and sparking state and local probes over PSEG's widespread communications breakdowns and inability to predict when weeklong outages would be restored.

PSEG Long Island on Monday affirmed what public officials had been demanding for more than a week: some form of compensation for spoiled food and medicine caused by the outage.

Struggling to work, connect as some LIers enter 3rd week without internet

All customers must apply for the reimbursement online by Sept. 16 and the top payout for food would be $250.

Joe Wexler of Old Westbury said his power was out for nine days after the storm. He estimated a loss of more than $3,000 in meat — steaks, chicken, fish — in a separate freezer he had stocked up when his three children came home from college in the early days of the pandemic.

“The $250 is not adequate,” he said. “We had $3,000 worth of food from a restaurant" in the freezer. Wexler said his daughter kept some receipts from recent grocery purchases, but it wouldn't cover what he truly lost.

PSEG’s policy — a break from past utility practice that generally rejected claims for losses due to weather — requires that ratepayers had to have been without power for 72 hours or more between Aug. 4 and Aug. 12. Those who claim more than $150 in loss must show proof of purchase through a store or credit card receipt, or a photo of spoiled food.

The $250 limit for food is well below what some pandemic-concerned ratepayers have said they spent for months stocking up in their freezers.

Nassau County Executive Laura Curran, in a statement Wednesday, said her office was “not done fighting” over the reimbursement policy, which she nevertheless called a “good first step.”

For those without computers or who don't know how to use the online form, a spokesman said Curran’s office had asked PSEG to work individually with customers.

Joe Rinaldi of West Islip said he lost power for five days after Isaias. By day three without power, he’d thrown away hundreds of dollars worth of food.

“I lost everything,” Rinaldi said, adding that he lives alone and pays cash for his food. Rinaldi said he never thought to photograph the loss.

“The last thing you’re thinking after a storm is that you’ll have to show evidence of buying something to get reimbursed,” he said.

Susan Tito, of Smithtown, said she tried to manage food loss in her refrigerator and freezer after experiencing three separate outages during the restoration period. Food lost during the first five-day outage won't be reimbursed because Tito didn't have receipts for it, and "what a shame I didn't take pictures," she said.

When power was restored after five days, she quickly restocked her fridge, only to lose electricity again. She wound up bringing  food over to a friend's house that had power. In all, Tito said, she lost hundreds of dollars of food, but will have to settle for the $150 because she has no receipts for the initial loss, which included items bought as much as a month ago.

in the run-up to the Aug. 4 storm, Mount Sinai resident Paul Mullady said, he and his wife, Elizabeth, bought food and have the digital receipts. They were without power for eight days but lost less than $150 worth of food, so they’ll be able to get reimbursed just by filling out an online form listing the products lost and their estimated cost.

If he’d lost more and needed photos to prove it, Mullady said, he’d be out of luck.

“To have pictures of rotten food is a stretch,” he said.