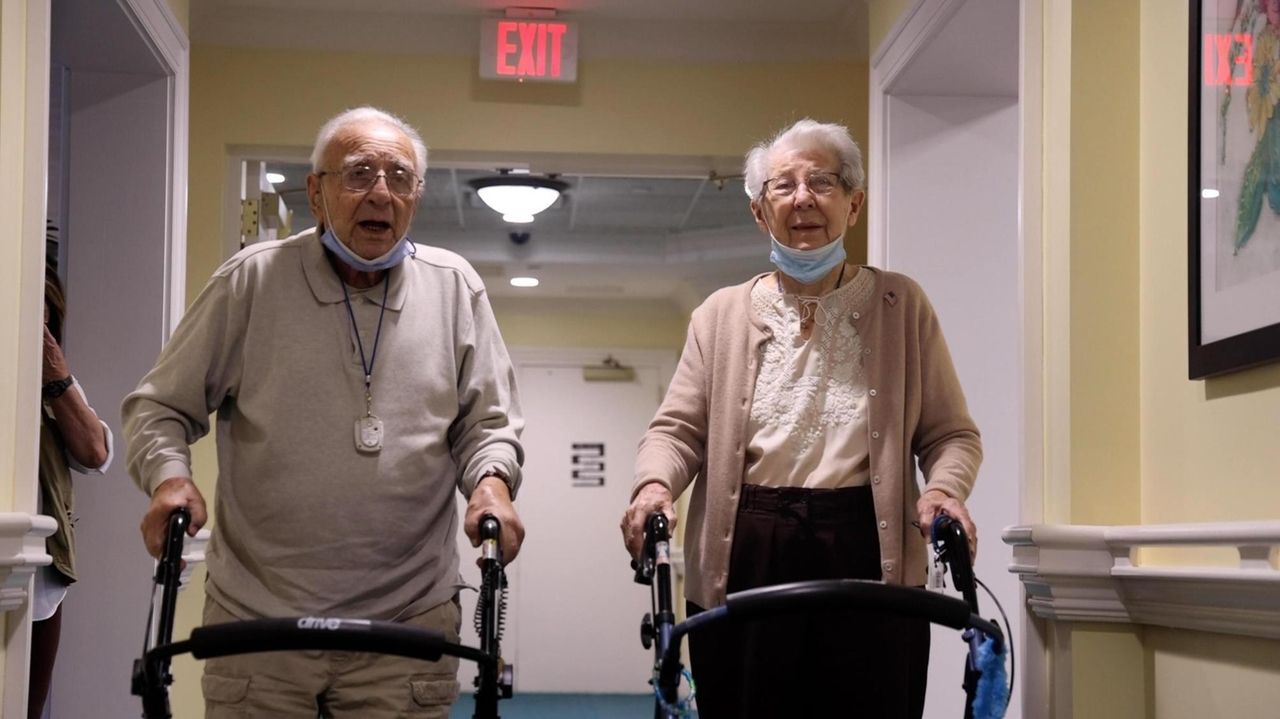 On that fateful first Sunday of December 1941, Loretta Paskor heard about the attack on Pearl Harbor as she played cards with two friends in her Greenpoint, Brooklyn, home.

When William Kaltsas's landlady told him of the surprise strike by Japanese dive bombers on the United States Navy's Pacific Fleet, among the questions in his mind — where and what is Pearl Harbor?

On Tuesday, the attack's 80th anniversary, Paskor, 98, and Kaltsas, 100, will mark the solemn occasion at The Bristal Assisted Living at Massapequa, two among a dwindling number of Americans old enough to recall Dec. 7, 1941, and the harrowing days and years to come.

Like countless other Americans eight decades ago, both soon were looking for ways to help a wounded nation fight back from the attack in Hawaii that killed 2,403 American service members and destroyed or damaged 19 Navy ships, including 8 battleships.

Her friends that day, both males, stopped playing cards and told her they wanted to join up. Both evenually got their wish when they were drafted. Paskor, 18, at the time, felt the same drive but chafed at her limited military options.

"I said, 'well, why can only men go? Why can't women do anything?' " Paskor said she asked as her friends prepared for war.

She would eventually find a way to contribute.

As Paskor read through a newspaper, she saw an advertisement from the Navy seeking clerical help in Washington, D.C. Paskor responded and eventually moved to the capital and enlisted in the Navy's Women Accepted for Volunteer Emergency Service, or WAVES, a program that recruited women for Navy jobs during World War II ranging from clerical duties to serving as instructors for male pilots-in-training.

"I thought it was something we had to do," said Paskor, a retired NYPD sergeant. "Everybody had to do their job to end the war."

But those jobs kept her and most other female service members away from the action.

"The nurses were the only ones" on ships, said Paskor, who was discharged from the Navy in 1945.

Her son, Stephen Paskor, said his mother wasn’t reluctant to do work women did at the time.

"She wasn’t trying to prove anything or make a statement," said Paskor, 67, Massapequa, "she just did it."

After the war, she heeded her brother-in-law's advice and took the Civil Service test to join the NYPD. She was sworn in as a city cop in 1948, assigned to the youth division. Women at the time "were just limited in what they could do," Paskor said.

"But now they do everything," said Paskor, who retired after 26 years. "They become chiefs and heads of departments and it remains to be seen how this will work out."

For Kaltsas, he soon learned everything he would need to know about Pearl Harbor. After the attack, he was drafted into the Army.

He said the attack at Pearl Harbor "shouldn’t have happened," but getting drafted was "my education."

He became a radio operator and spent two years in the South Pacific during the war.

"It was a very important job," said Kaltsas, who had previously worked in the Civilian Conservation Corps, a federal employment program created during the Great Depression.

"The service for me was one of my biggest things in life," said Kaltsas, who was born in New Hampshire, then moved to Greece as a child, and later returned to the states. "It taught me how to speak in English."

As far as the attack 80 years that led the United States, and eventually him, into World War II: "That was the worst moment of my life."