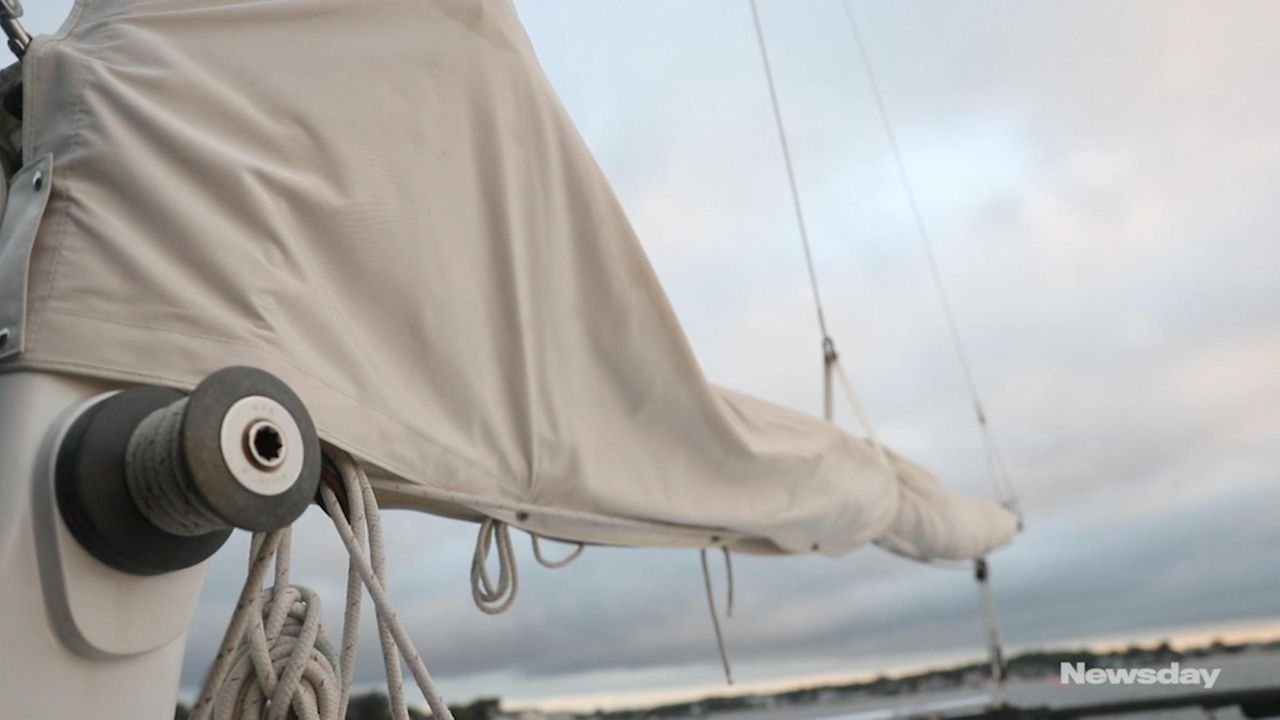 Every summer, there are dozens of boat races off the East End, some attracting sailors from across the country. And every late September or early October, the Whitebread race that travels around Shelter Island primarily attracts sailors who live on the East End year-round.

“These are local people finally getting a breath of fresh air, finally getting what they missed in July and August,” when they were busy running or working at restaurants, hotels and other businesses based on summer tourism, said Pat Mundus, the honorary chairwoman of Saturday’s 25th anniversary edition of Whitebread.

Mundus, 61, owns East End Charters in Greenport, and, like many others in the East End’s tourism industry, she works seven days a week during the summer.

“If you’re a local family you don’t have time to socialize in July or August,” Mundus said as she captained a boat filled with photographers and others watching the 72 sailboats compete. “Every year we wait until September.”

Sailors do take the race seriously, Mundus said. But they also look forward to the party afterward at the Cutchogue Harbor marina, when old friends catch up over drinks, dinner and live music.

The contest, sponsored by the Peconic Bay Sailing Association, was founded in 1994 as the Whitebread Round the Whirl Race, a parody of the famous Whitbread Round the World Race, now called the Volvo Ocean Race, Mundus said.

The “whirl” is a reference to the tricky currents throughout much of the course, said Mundus, who captained one of the 11 boats in the inaugural race and has participated in about 10 other contests.

“It’s quite a challenge for the sailors to outsmart the currents,” she said.

Boats started the 26-nautical-mile race southwest of Shelter Island, traveling clockwise around the island, into Gardiners Bay, through the narrow passageway between the island and North Haven and into Cutchogue Harbor.

Last year, Nancy Steelman, 63, of New Suffolk, was on the crew aboard the Skilligalee when it finished first in its division. The six divisions Saturday were determined by the size, sail area and other characteristics of the boats.

This year, she watched as her husband, Tom Samuels, 61, and three others navigated the sailboat. The Skilligalee on Saturday finished third out of seven boats in its division, with a time of just over 4 hours 43 minutes, according to provisional results.

The size of the crew depends in part on the wind speed, she said. On a day like Saturday with relatively light winds, it’s better to have a small crew, so the weight doesn’t slow the boat. On windier days, it’s better to have more people, to sit on one side of the boat to help maneuver it as it lists, Steelman said.

Mundus recalled how 15 years ago the wind was so intense that one crew member on her boat spent five hours doing almost nothing but bailing out water.

“We won our division,” she said, “because we were the only one to finish the race.”