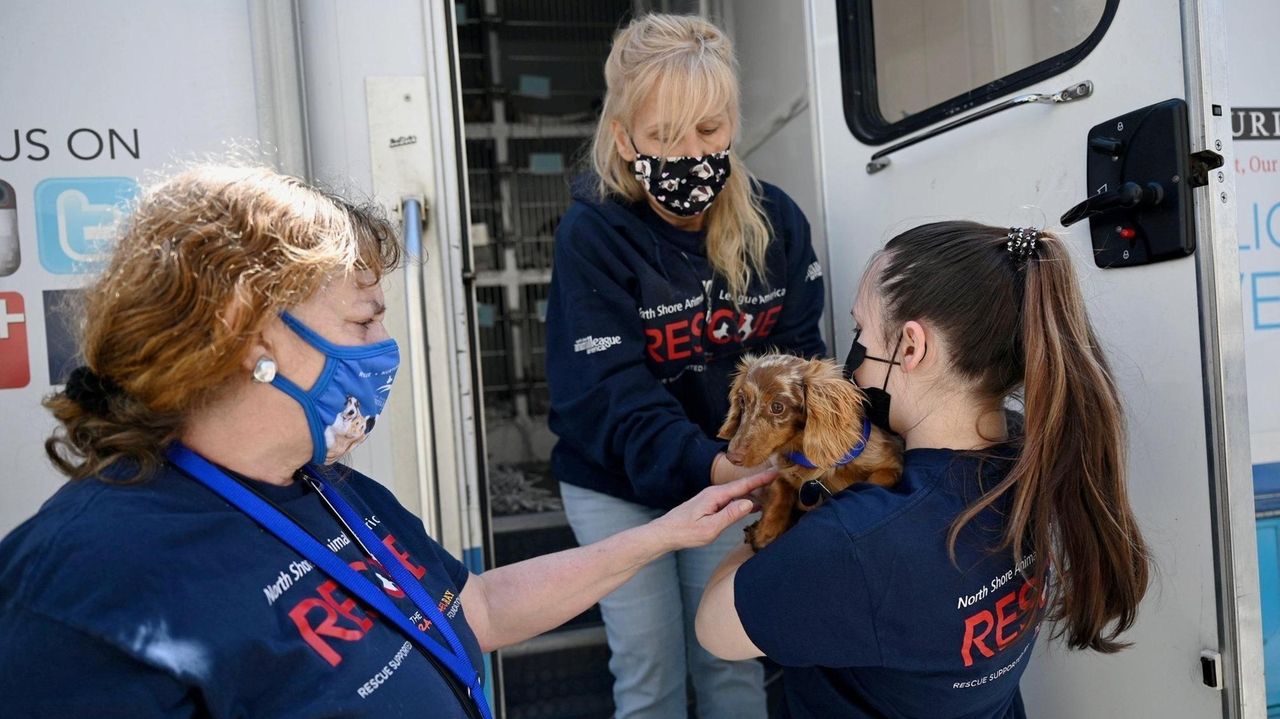 Dogs that spent their lives as breeding animals got a chance to find new homes on Saturday after arriving at the North Shore Animal League America in Port Washington. At the shelter, dogs will receive medical checkups and be groomed, trained and taught socialization skills. Credit: Danielle Silverman

A parade of dogs, some having spent years in cages, spilled out of a truck in Port Washington on Saturday, ready to exchange their lives as breeding animals for comfy beds in new homes.

Many of the more than 50 dogs looked afraid, some shaking, as volunteers and employees of North Shore Animal League America scratched, rubbed and petted them. The dogs were carried into a shelter building, where they will get medical checkups, be groomed and trained, and taught socialization skills.

They’ll also go on walks — something some of them had never experienced as breeding animals, said Ted Moriates, rescue team leader for North Shore, as he caressed a rescued 6-year-old Yorkshire terrier.

The dogs were rescued from breeders in collaboration with Colorado Springs, Colorado-based National Mill Dog Rescue, he said. It was the animal league’s first rescue trip since the pandemic began. Moriates and other staff traveled to Missouri in a league truck to pick up the dogs from a rescue shelter there and arrived with the animals in Port Washington on Saturday morning.

A few of the animals were puppies with treatable medical conditions that make them unappealing to commercial pet stores, which value very young, healthy-looking puppies, he said.

The rest were adults, typically about 5 or 6 years old, male and female, of different breeds and sizes, Moriates said.

"These are the moms and dads," he said. "They’re animals that have been used for the purpose of people to buy little puppies."

"They’re not used to human touch for niceness," he said. "They have to get used to loving and kissing and hugging."

Some of the dogs will be ready for adoption in several days, he said.