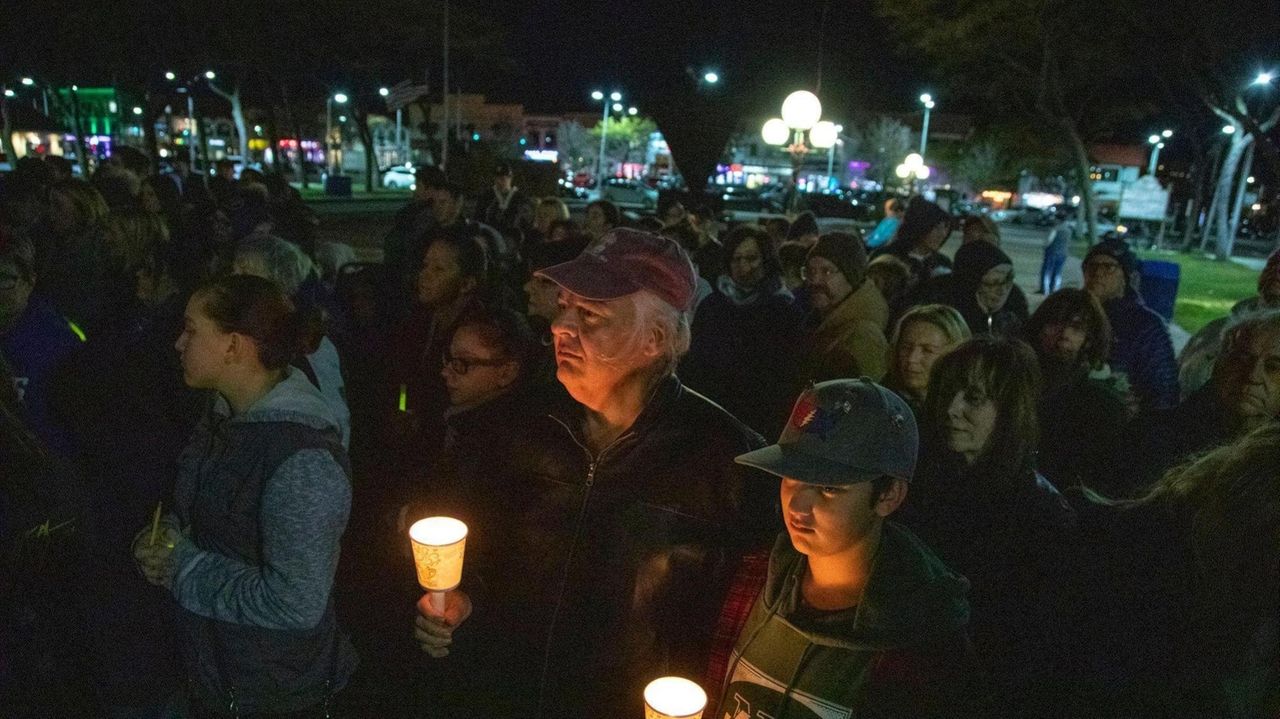 On Monday night, the victims of Saturday's Pittsburgh synagogue shooting were mourned at a candlelight vigil near National Boulevard and Chester Street in Long Beach. Credit: Newsday / Yeong-Ung Yang

This story was reported by Zachary R. Dowdy, Scott Eidler and Michael O’Keeffe.

Hundreds of miles from so much bloodshed in a Pittsburgh synagogue, the mood at several Long Island events Monday to mourn those  killed made it seem as if the gunman had  slaughtered innocents right next door.

At a packed Dix Hills Jewish Center Monday night, candles were lit, names of the victims were read and calls for love and peace to extinguish hate rang out.

It was much the same scene at the Merrick Jewish Centre  — plenty of seats, all of them filled, with others standing wedged in to any open space, listening, hoping, for a semblance of words to soothe emotions still raw after what happened two days before at the Tree of Life synagogue  in the Squirrel Hill section of Pittsburgh.

In normal times, both facilities would serve as gathering spots for many in Long Island's vibrant and large Jewish community — places to worship or drop kids off at day care or get caught up on community goings-on.

But two days before, a gunman opened fire inside the Pittsburgh synagogue and didn't stop until 11 people were dead. So, Monday — whether at a daytime gathering of religious leaders, lawmakers and community members or at two traditional centers of Jewish life — was different.

“It’s a community coming together to show support for the people of Pittsburgh," said Helena Eilenberg, who runs the Hebrew school at the Merrick Jewish Centre. "We mourn as one people when we lose members of our community.”

Inside, Jews and non-Jews alike stood united, as much defiant as sorrowful.

Like many of those shot to death in Pittsburgh, Irv Liebowitz has lived long enough to have been witness to wars, assasinations and other horrors.

What's different now, said the Army veteran, 89, are the various divisions at play across the country in 2018. The feeling of patriotism and pride in just being able to call oneself an American is gone, Liebowitz said.

Trump to head to Pittsburgh; suspect appears in court

“It feels impossible to feel there is a future in this country," he said.  "I’ve never seen such divisiveness. There has always been differences but not like today.”

Before Liebowitz spoke, the service ended with a hearty vocal rendition of "The Star-Spangled Banner."

In Dix Hills, some 1,500 people packed into the sanctuary with as many as 500 standing along the walls of the Jewish center.

They prayed, sang traditional songs of mourning and called out the names of the victims as they lit a candle for each of those who lost their lives in Pittsburgh. 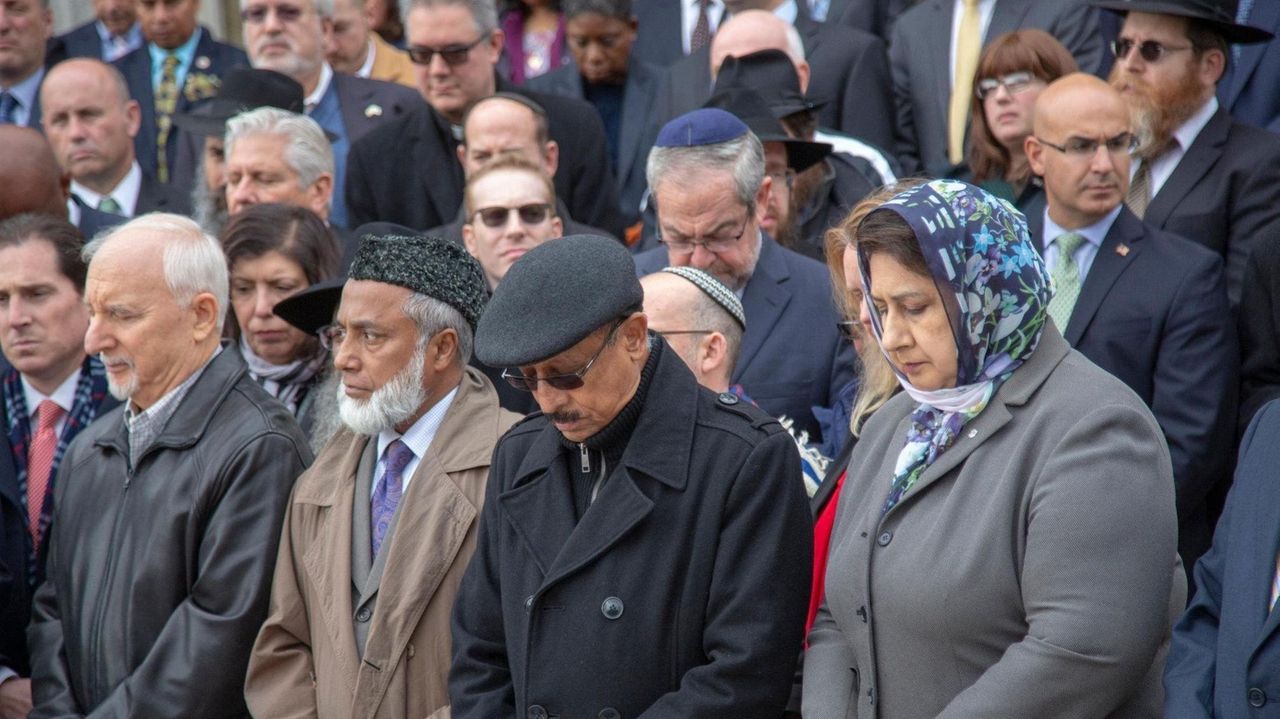 Some waved colorful placards declaring “Stronger Than Hate” on one side and bearing a multi-colored illustration of interlocking hands and arms forming the Star of David.

Rabbi Howard Buechler told those gathered — among them, Long Island politicians, top police brass, and leaders of area synagogues: "Tonight we are all Pittsburgh."

“They were unable to finish their prayers,” Buechler said of the 11 victims. “We are here to continue their legacies. …They were each murdered because they were Jewish by a person filled with hate and rage."

Earlier Monday, dozens of Nassau County lawmakers and religious leaders gathered in Mineola to denounce hate, call for calmer rhetoric, and pray for the dead.

Steven Markowitz, chairman of the Holocaust Memorial and Tolerance Center of Nassau County in Glen Cove, said Saturday's massacre would be etched in history, along with the terrorist attacks of Sept. 11, 2001, and Nov. 9, 1938 — Kristallnacht — when Nazis destroyed synagogues and homes in Germany, killing nearly 100 Jews.

Markowitz said Oct. 27, 2018, was "another date, another era, where we're facing a new kind of danger of hate. A hate, not only of Jews, but hate of other minorities."

Victims remembered: 'The loss is incalculable'They were professors and accountants, dentists and beloved doctors serving their local community. A day ...