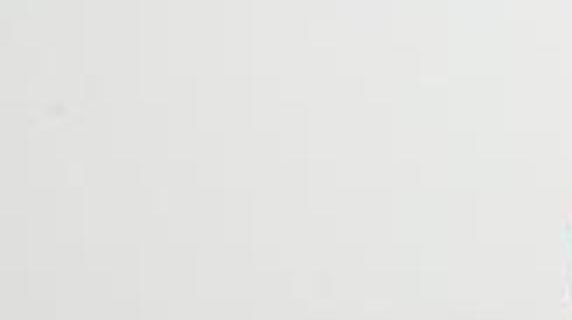 Since 2000, the Long Beach Polar Bear Club has partnered with Make-A-Wish Foundation, raising about $6 million and granting hundreds of wishes. On Saturday, Dec. 30, 2017, organizers of the event -- where  thousands of people strip down to swimsuits and race into the ocean on Super Bowl Sunday --  talked about their efforts and how humbled they are to be able to do so much good and to give so much back. Credit: Barry Sloan) (Photo Credit: Newsday / Thomas A. Ferrara; Bill O’Brien

On a frigid Sunday afternoon in 1998, Pete Meyers and Kevin McCarthy took the plunge.

As their wives and kids watched from the shore — cheering, waving towels and jumping up and down to keep warm — the two friends stripped down to their bathing suits, sprinted across the sand from the Long Beach boardwalk and catapulted themselves into the frigid ocean waters.

This outrageous stunt, done ostensibly to celebrate McCarthy’s 40th birthday, was supposed to be a one-time, bucket-list undertaking.

Twenty years later, the ripple the two men made along the shoreline that day has turned into a tidal wave, and a very cold one at that: The annual Long Beach Polar Bear Club’s Super Bowl Sunday Splash is now believed to be the largest event of its kind in the nation, surpassing even the granddaddy of bone-chilling ocean plunges, the one held by the Coney Island Polar Bear Club for the 114th time on New Year’s Day.

At last year’s Long Beach event, an estimated 8,000 to 10,000 people, clad in thongs, bikinis, swim trunks and costumes (Vikings and pirates were the most popular), went squealing, splashing and shrieking into waters more suitable for Icelandic char than a charity fundraiser.

Which is what the event has become: The Super Bowl Sunday Splash raises money for the Make-A-Wish Foundation — about $6 million in total since 2000. The charity was chosen in honor of Paulie Bradley — the son of another friend, Mike Bradley — who died at age 4 in 1997, the year before Meyers and McCarthy made their first plunge.

Why do they do it?

Still, it begs the question: How did such an inspired act of lunacy go from two participants to nearly 10,000? And what about the fact that one quarter of the Splash participants, by Meyers’ estimate, are 50 or older?

“It’s a bit of a religious feeling,” opines Meyers’ wife, Barbara, 55, who has joined her husband in the plunge many times. “You feel like you’re cleansed.”

Baptismal similarities aside, to many people the idea of Polar Bear plunges defies logic — whether it’s the event in Long Beach or Coney Island, or at the half-dozen or so local plunges held from East Hampton on New Year’s Day to Port Washington on March 3 (at North Hempstead Beach Park).

And let’s put aside the very good reason of contributing money to the Make-A-Wish Foundation, Special Olympics or other charities that are the focus of most of these events.

While most of the Polar Bears are out there (to use the slogan of the Town of North Hempstead’s event) “freezin’ for a reason,” that isn’t the only motivation for older adults who could simply write a check to charity and stay inside by a warm fire.

“I think the appeal is that you don’t have to be in great shape or particularly coordinated,” says Greg Jacobs, 60, who lives in Shoreham and has done the November plunge in Mount Sinai for Special Olympics five times. “It doesn’t require anything except a little intestinal fortitude.”

Some might say a healthy heart helps, too. According to the National Oceanographic and Atmospheric Administration, the average February ocean temperatures along the South Shore of Long Island are in the mid-30s. Medical experts warn about the dangers of a sudden jolt of such temperatures to a compromised cardio vascular system or someone with a history of hypertension or stroke.

But, says Harvard Medical School professor Edward Phillips, an older adult with none of those risk factors can probably take the plunge safely. Just don’t confuse a sprint into frigid water as part of an exercise regimen. “I would not recommend it as a health-promoting activity,” says Dr. Phillips, who is also director of the Institute of Lifestyle Medicine at Harvard’s Spaulding Rehabilitation Hospital. “But it may be a fun challenge and experience.”

There also are older Polar Bears who are in tiptop shape and approach the event in that very spirit of adventure. Long Beach resident Bill McDermott, 62, has done an estimated 15 plunges to go along with his 17 marathon finishes.

“It was a novelty event, and it had really caught on,” recalled McDermott when asked what compelled him to take his first plunge in the early 2000s. “Plus, it’s all for charity. I figured, why not? We’ll go for it.”

As a veteran runner, McDermott knows how to dress for the cold. He’ll arrive at the beach for this year’s event layered up. “Long-sleeve T-shirt, sweatshirt, running tights, the whole deal,” he says. “But that’s just for standing around waiting. When you go to the starting line, you have to strip down to your bathing suit.”

McDermott also points out that while the plunge is a physical activity, holding it on Super Bowl Sunday in a beach town really means one thing. “It’s a very big party atmosphere,” he says.

Meyers — who despite recent shoulder surgery says he will plunge again this year — acknowledges that holding the event on the morning of the big game was a key to its growth. “We didn’t know it at the time, but it just turned out to be the perfect day to do this,” he says. “How much pregame can you watch, anyway? It’s kind of fun to have a little beach party in the middle of the day. You go home, shower, warm up and then watch the game.”

And maybe have some bragging rights at the Super Bowl party. How many other people older than 50 can say they braved the Atlantic in winter? Even if it’s just for a few seconds?

Which brings up a point of Polar Bear etiquette, particularly among the older participants: To say you’ve plunged, you’ve got to plunge. “There are people who run down to the water, stand up to their ankles and run back screaming,” Jacobs says. “That’s not plunging. You’ve got to get your head wet. I always swim a couple of strokes under water, to make sure everything gets wet.”

But the brutal winter of 2018 has dampened spirits at some Polar Bear events this year. While several area plunges held around New Year’s Day were canceled because of the extreme cold, Meyers and his fellow over-50 co-organizers entertained with what one might call icy reserve the very notion of beaching the Long Beach plunge if temperatures plummet again on Feb. 4.

“We have never canceled, no matter how cold it’s been,” Meyers said. “And we don’t intend to start now.”

INFO There is no entry fee, but all participants must fill out a waiver. Donations to the Make-A-Wish Foundation are welcome; 516-944-6212,