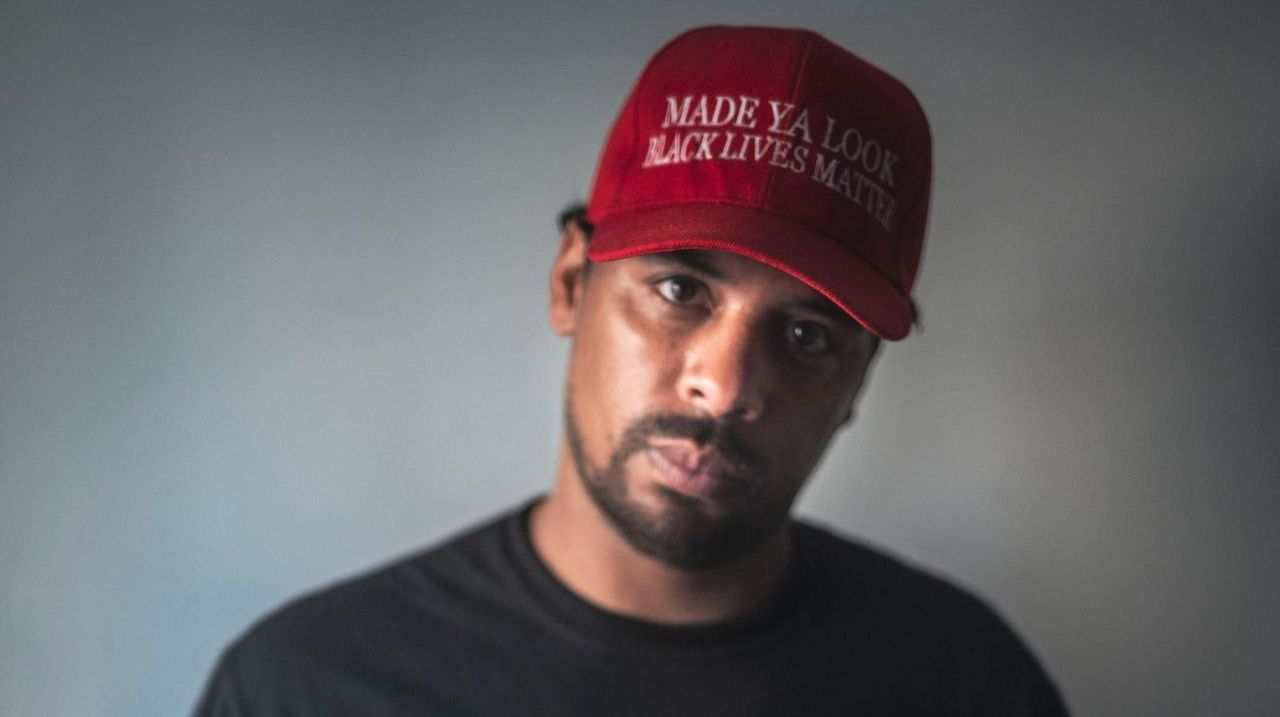 On Long Island, thousands have taken to the streets this summer, marching in communities from Malverne to Montauk, to show their support for the Black Lives Matter movement and to demand change. Credit: Newsday / Alejandra Villa Loarca; Kendall Rodriguez

The May killing of George Floyd by Minneapolis police ignited protests across the country, putting the issues of police brutality and racial equity front and center.

On Long Island, thousands have taken to the streets, marching in communities from Malverne to Montauk, to show their support for the Black Lives Matter movement and demand change.

The unrest has also sparked counterprotests in support of law enforcement and led to some confrontations between the two groups.

Most recently, the shooting in Kenosha, Wisconsin, of Jacob Blake, a 29-year-old Black man — left paralyzed from the waist down after being shot in the back seven times by a white police officer — has triggered a new wave of protests across the nation.

These are some of the Long Islanders who have marched this summer, and why they’ve been out there.

Francesca Miranda said she learned about racism when a teacher at  the Long Island high school she attended told her the fact that Miranda is “a Filipino with an Italian name” was so nonsensical it upset her and when her Black friends who were banned from wearing their natural, ethnic hairstyles were punished by school administrators with "infractions" that led to detentions whenever they did.

And she experienced the emotional pain of hatred “When my grandfather who worked at Walmart was verbally abused by a customer who told him he disliked his accent, threw a water bottle at him and yelled at him to go home,” she said.

“It happened years ago but seeing him so heartbroken, so hurt, had a lasting impact on me and sometimes, I still think about it … the list goes on and on. On Long Island, … [racism] is all around us.”

That’s why Miranda — a first-year law school student who has participated in more than half a dozen protests from Brentwood to Smithtown — was quick to align with the Black Lives Matter movement, creating the @justiceforgeorgeli Instagram page in June to share “centralized” updates about Long Island protests.

The account has since grown to a following of more than 14,000 people who regularly comment on posts, asking questions about upcoming events or exchanging information about planned protests.

Watching the video of George Floyd’s killing outraged her, Miranda said. It also led her to question how many Black men whose encounters with police didn't get recorded might have suffered the same fate.

Change starts at home, she said.

“Racism is an ongoing problem here and has been for a long, long time. We know that, it's not new, but it’s also not right and for us, this is our way of trying to do something about it, to motivate and bring forth true change right here in our communities,” Miranda said.

When Maureen Tara Nelson found out there would be a rally in support of law enforcement at Eisenhower Park in East Meadow recently, she excitedly called a couple of her girlfriends asking them to join her.

And "it wasn't just because I knew there'd be a lot of single police officers there," said Nelson, who owns matchmaking business MTN Matchmaking.

It was also because she grew up on Long Island "the proud sister of a now-retired NYPD lieutenant," and said she's saddened that the job to which her brother devoted his life is being tainted by "a few bad apples."

"The good, ethical, moral police officers, [in the aftermath of Floyd's death] were suddenly and unjustly lumped into the same bunch," she said.

"Their morale is at an all-time low … under normal circumstances, being a cop requires a special type of bravery and during this climate, even more so, that's why events and marches in their support are so critical right now. They need to know they're still wanted, needed and respected by so many."

Once at the rally in Eisenhower Park, Nelson said she listened to speakers in law enforcement express how Floyd's death had made them "sick to their stomachs."

"That's how I felt about it, too. What happened was horrific. But it shouldn't reflect on all officers," she said. "Thousands of police officers go above and beyond the call of duty, every single day, helping people and saving lives."

The event was largely peaceful, Nelson said, but she said she was dismayed by "such angry" counterprotesters.

"They're angry and they have a right to be angry. But what did these officers do to deserve this? They didn't do anything," Nelson said. "And what will this do to fix things? It can only serve to make things worse. What we need now is to come together with love, with peace, with mutual respect and understanding."

On a bright day in late June, Sharod "Jay Vegas" White and his daughter Zoë, 7, marched hand-in-hand at a Freeport protest in support of Black Lives Matter.

They walked together, White chanting "I can't breathe" into a small red megaphone, with Zoë holding a sign saying: "Please don't kill my daddy, I need him!!!"

White has participated in more than a dozen protests on Long Island and taken Zoë to several.

"I march because with everything going on, I need to do everything I can to make the world a safer place for my daughter to grow up in; as a Black man I don't know if I'm the next one to go," said White, who's a photographer.

"My duty while I'm here is to give her all the knowledge and love I can, to teach her right from wrong, for her to hear me speak from a place of love and understanding … when I take her to these protests I'm trying to show her that standing up for yourself and standing up for what you believe in is the right thing to do."

He also wants his daughter to know that the color of her skin will never make her "less than." It's something to be proud of, not ashamed of, he said.

John Ottaviano has lived in Kings Park for nearly 30 years. It's where he bought a house and raised his three daughters.

"It's a wonderful community of which I'm proud to be a resident," he said. "But the lack of diversity here is undeniable."

Ottaviano recalls that when taking his daughters to grade school years ago, "you could count the children of color in each class on one hand."

"That level of segregation in communities throughout the Island is hurtful to our overall society," he said.

He's participated in six protests in support of the Black Lives Matter movement — five on the Island, including one in Kings Park, and a bicycle rally in Manhattan — and said for him, marching is not "just about George Floyd."

" … I march because change is needed, I march because of the societal and systemic racism found in every organization, every level of government, every part of society," said Ottaviano, who works at a company that sells safety equipment to military and law enforcement personnel.

Ottaviano said his views haven't always made him popular within his social circle. "It's the typical thing, the racist joke, the racist comment," he said. "And they, you know, they kind of look over and expect me to laugh or chime in and be cool with it. But it's not cool, it's never been cool and I never hesitate to speak up and let them know that."

Maylan Studart, a financial adviser for a wealth management firm, said it's possible to "Back the Blue" and believe "Black Lives Matter." She does.

"They're not mutually exclusive," said Studart, who was born in Brazil but has lived on Long Beach for the past seven years.

"We're human. We need to try to put ourselves in each other's shoes. Black people can't take their skin off at the end of the day the way a police officer can hang his uniform in the closet after a shift," she said.

"I think about that a lot, but I also think about how deeply some police officers' identities are tied to that uniform, and I know that for a lot of them … it's one and the same. It's not just a uniform, it represents so many things they hold dear, what they believe in, their whole lives."

Studart said she's attended events in support of both movements because she believes in the ideals at the core of each.

"Is institutionalized racism real? Yes. Is police reform needed? Yes. But that doesn't mean I can't show support for all the hardworking, good-hearted police officers who put their lives on the line of duty, day in and day out," she said.

"And supporting them doesn't mean I can't go to marches to support the real-life experiences of every single Black person who faces and is subjected to racism in their daily lives. It's about empathy. What we're living through right now, it's a gap in communication. That's what needs to improve, that's what we need to work on and strive to amend."