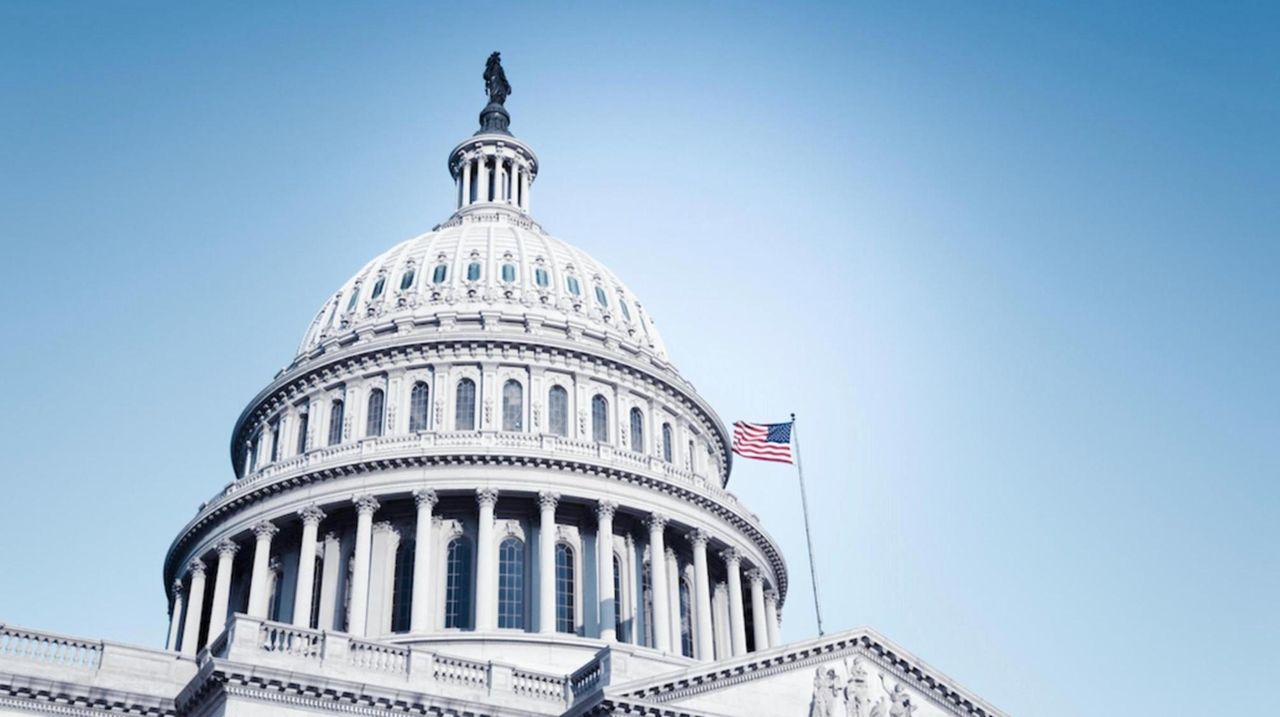 WASHINGTON — The newest member of Long Island’s congressional delegation, Rep. Andrew Garbarino, was sworn into the U.S. House of Representatives on Sunday evening, taking his oath alongside other masked lawmakers in a first-of-its-kind ceremony shaped by coronavirus restrictions.

Garbarino (R-Bay Shore) succeeds former Rep. Peter King (R-Seaford), who announced last year that he would not seek reelection after 14 terms in Congress.

Shortly after being sworn in on the House floor with dozens of other lawmakers in a ceremony presided over by House Speaker Nancy Pelosi, Garbarino said he looked "forward to hitting the ground running to proudly serve Southeast Long Islanders."

"There is a great deal of work to be done to provide relief for our small businesses and communities still struggling with COVID-19 and I promise to fight every day to ensure that Washington, D.C., works for the hardworking people of Southeast Long Island," Garbarino said.

Garbarino, who also inherited King’s office suite on Capitol Hill, said he traveled down with his parents William and Peggy Garbarino of Sayville who helped him settle into his new workspace.

"It was like college and moving into your dorm ... I almost sent them to Costco to get me stuff," Garbarino said in a phone interview.

In previous years lawmakers were allowed to bring guests to witness their swearing-in, but this year due to coronavirus restrictions, only incoming freshmen were permitted one guest each. Garbarino said his father William, the chairman of the Islip Town Republican Committee, was his guest.

King, who spent his last day on Capitol Hill last Monday, said he has remained in close contact with Garbarino, but with major congressional events scrapped due to the coronavirus he was unable to introduce the new lawmaker around to other members of Congress.

"We have a solid ongoing relationship," King said in a phone interview. "I'm staying out of the way ... whenever he asks of me, I'm there, but the worst thing you can do is have some guy who's there for too long saying, ‘You’re doing it wrong.’ He's going to do a good job, and if he has any particular questions, I'm there for him."

Garbarino said he hoped to follow King’s example of working in a bipartisan fashion with members of the Long Island delegation. He said he recently received a call from Sen. Kirsten Gillibrand (D-N.Y.) who was "very kind" and spoke about the overall need for both parties to work together.

Rice said though the Long Island delegation has yet to formally meet with Garbarino she hoped he "follows in the footsteps of Pete King" to "work across the aisle."

"One of the greatest things about the Long Island delegation is that despite party differences, and some pretty big disagreements on national issues, we have a very strong tradition of coming together as a delegation on issues that are important to Long Island, and I believe that that's going to continue in this Congress," Rice said in a phone interview.

Suozzi, in a phone interview said King would be "sorely missed."

"He would always stand up for Long Island, even against his own party," Suozzi said. "He's just a great example of somebody who would say it like it is."

Sunday’s events also included the reelection of Democrat Nancy Pelosi as Speaker of the House.

Rice, who in previous years supported challengers looking to unseat Pelosi, said this year she decided to vote for Pelosi because "this moment requires steady and proven leadership" amid a "deadly pandemic," and presidential transition.