Nixon didn’t keep her go-to line sheathed for long. After Nixon repeatedly interrupted Cuomo, in between her eye rolls and dramatic incredulous looks, the governor finally turned to her and said: “Can you stop interrupting?”

“Can you stop lying?” Nixon said, drawing some gasps from the small audience.

See highlights from the debate

Nixon’s interruptions and sharp rebukes were aimed in part at unleashing Cuomo’s anger, an open secret in Albany among his staff and reporters. But Cuomo made no outbursts, although his facial expressions showed he was clearly annoyed.

“You can’t have so many accusations that are so false,” Cuomo said.

Cuomo sought to show that his experience in government is a requirement for the job and is essential for grasping complex issues.

“It’s about doing, it’s about managing,” he said. “This is real life.” 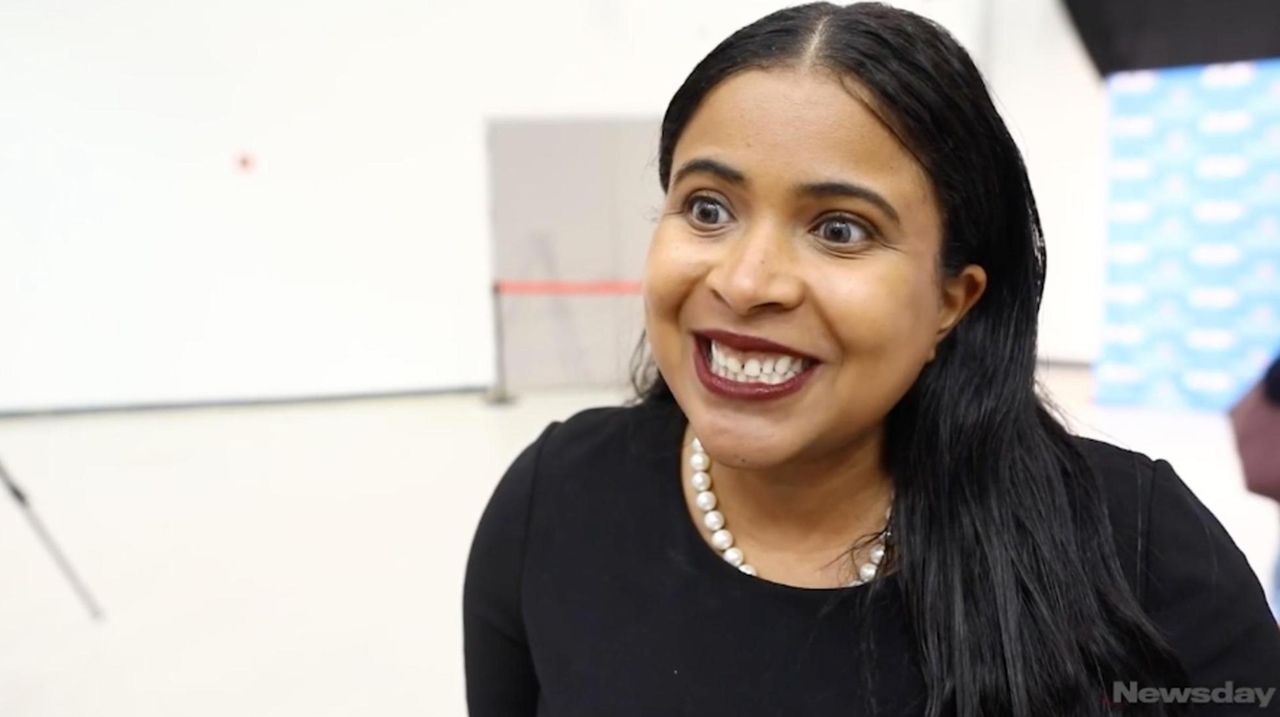 Nixon, asked to explain her qualifications for the job, was left mostly talking about organizing rallies for social causes and running advocacy organizations, although she also had directed a play. But she made it clear that experience isn’t everything.

“I’m not an Albany insider like Governor Cuomo, but I think experience doesn’t mean that much if you aren’t actually good at governing.”

“You have to fight Donald Trump,” Cuomo said. “The largest threat today is President Trump; he is attacking everything we believe in.” 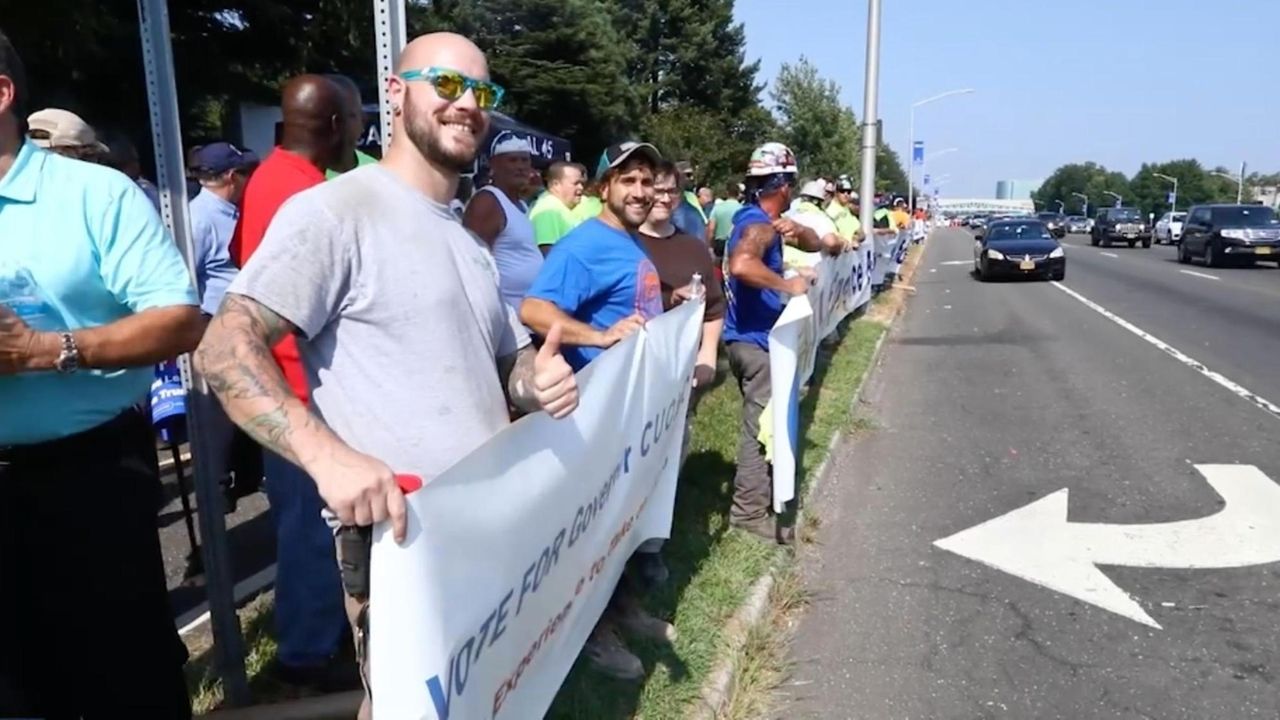 Pondering the Cuomo-Nixon debate Before the matchup at Hofstra University between Gov. Andrew M. Cuomo and Cynthia Nixon on Wednesday, Newsday asked people on campus what the candidates for the Democratic nomation for governor should address during their debate. Credit: Newsday / Chris Ware

Cuomo also said his experience and savvy are what are needed to stop Trump policies on immigration and the erosion of rights for unionized workers and gay, lesbian and transgender people.

“No one has stood up to Donald Trump more than I have,” Cuomo said.

Nixon fired back, saying that when Trump tweeted his contempt for Cuomo’s statement that “America was never that great,” Cuomo “backed down pretty quickly, about as well as Trump did to Putin.”

Hyperbole used as a tool

Each candidate spun facts to attack the other.

Cuomo repeatedly accused Nixon of being “a corporation,” implying that corporate money is poisoning politics and that operators of the corporations pay less in taxes.

The reality is that Nixon has a small business, which produces plays and other theatrical events.

Nixon repeatedly accused Cuomo of being corrupt, citing the Moreland Commission on Public Integrity, which Cuomo abruptly shut down after striking an ethics deal with State Legislature, and the conviction of a top aide, Joseph Percoco, on corruption charges.

Cuomo was never accused of wrongdoing in the Percoco case and the governor, who created the Moreland Commission, had the legal power to shutter it.

Some issues not raised

Moderators didn’t ask the candidates how they would pay for their agendas or the related economic question of how to effectively grow jobs.

Those business issues might not be at the top of concerns of New York City Democrats, who will dominate voting on Sept.13, but they will be major issues in the fall campaign for the winner facing Republican nominee Marc Molinaro, the Dutchess County executive.

For example, moderators didn’t touch on Nixon’s primary issue of school aid. She has called for an increase in school aid of more than $1 billion. Cuomo wasn’t asked about the effectiveness of his program to boost the economy by making the state more business-friendly.