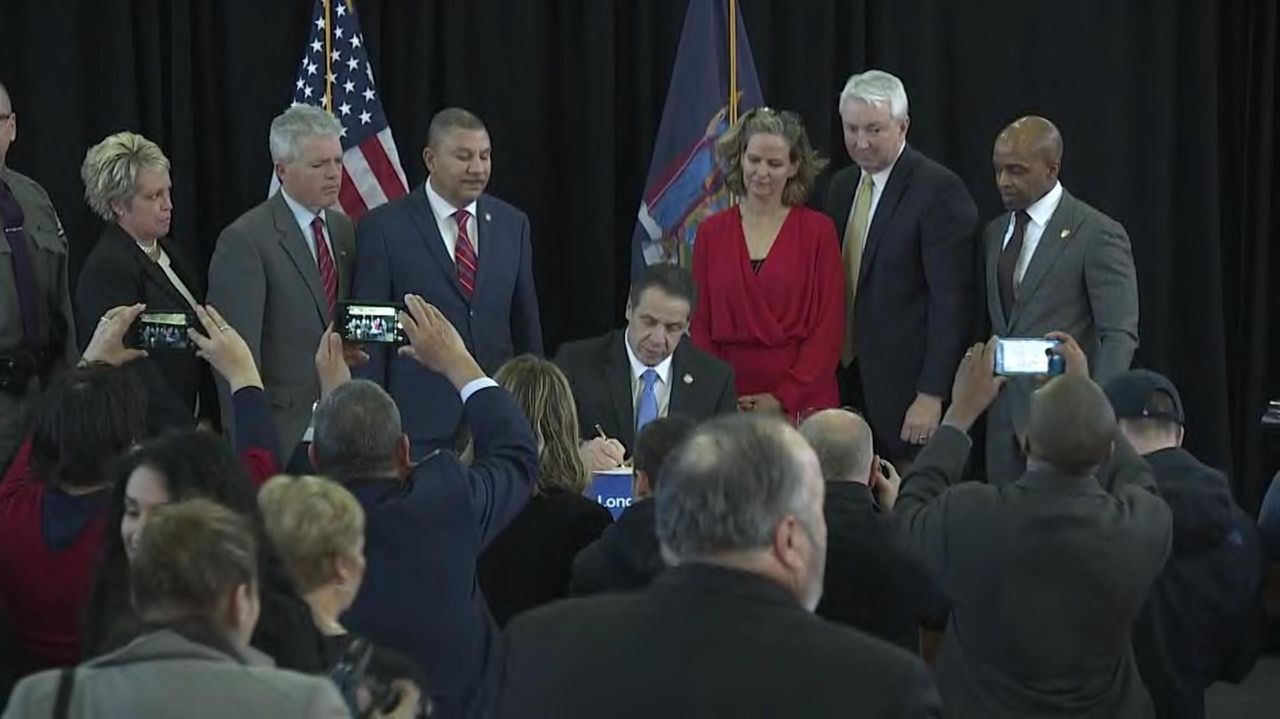 Gov. Andrew M. Cuomo said Wednesday that $18.5 million in state funding approved earlier this month will expand Long Island programs aimed at cutting off MS-13’s gang recruitment as he marked the anniversary of the slayings of four young men in Central Islip.

“Let’s stop the young people from getting caught in the gang pipeline to begin with, rather than just treating them as criminals once the gang takes over,” Cuomo said at a ceremonial bill signing in a gymnasium full of elected officials and community members. “Many of these children are prey. Stop the wolves from attacking the prey. Protect the prey.”

Federal and local authorities have arrested and deported hundreds of suspected MS-13 members since the bodies of four young men were discovered in the woods behind a Central Islip soccer field a year ago. Police say MS-13 was responsible for the killings.

Ramos said the funding is a “first step” toward taking on MS-13. “The governor understands we can’t just arrest our way out of this situation,” Ramos said.

Ramos also criticized President Donald Trump’s appearance in Brentwood last year, where he highlighted the violence in the area and said the gang had turned communities into “blood-stained killing fields.”

&#110;$2 million to expand after-school sports, music, art and other educational programs through schools and nonprofits in “at-risk” areas of Long Island.

&#110;$5 million to expand the New York Youth Jobs program for those at risk of being recruited into gangs. The program provides tax incentives to companies that hire unemployed out-of-school youth.

&#110;$2 million over three years for anti-gang counseling and social services aimed at middle and high school students through community-based organizations.

&#110;$3 million for programs to serve unaccompanied minors, including medical and mental health support.

&#110;$4 million for an 11 member “State Police Community Assistance Team.” The group, made up of troopers, investigators and a supervisor, will work with police to identify and respond to gang “hot spots.”

Cuomo in September came to Brentwood to announce a plan to put state troopers in 10 schools at risk for MS-13 gang violence. Some school officials objected strongly.

Troopers have not been sent to any schools yet, but the state is working with schools on deploying the officers, according to Cuomo spokewoman Abbey Fashouer.