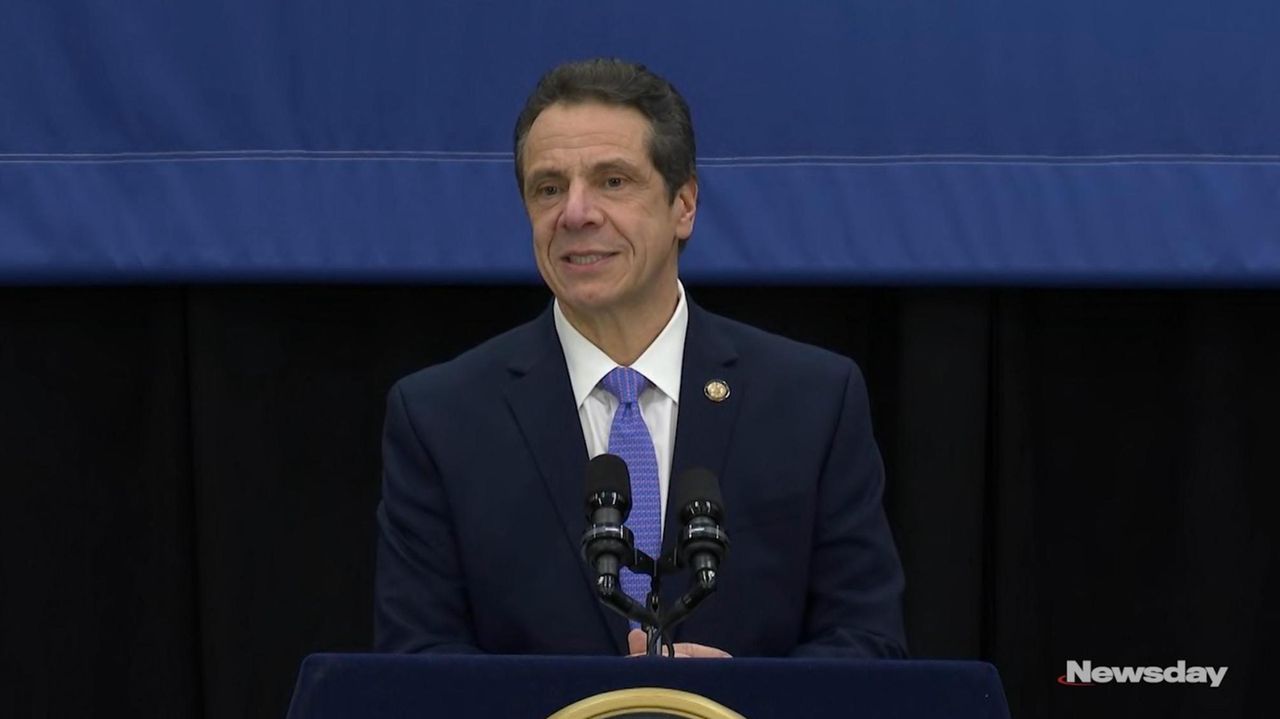 Gov. Andrew M. Cuomo urged the passage of a permanent property tax cap during a speech at the SUNY Old Westbury Student Union during an event sponsored by the Long Island Association on Thursday. Credit: News 12 Long Island

Cuomo told a crowd at SUNY Old Westbury that “with the State Senate holding firm, we’re going to make it a priority, we’re committed to not getting a budget done without this tax cap being made permanent and a middle-class tax cut."

Speaking at an event sponsored by the Long Island Association, Cuomo said he hoped to cut taxes on the middle class taxes in 2019. He also repeated his criticism of President Donald Trump's tax legislation that imposed a $10,000 limit on federal deductions for state and local property taxes.

"We've had it in place," Cuomo said of the tax cap, which was implemented in 2012. "So when people are worried about the increase on the federal side that they know it's going to be lower on the state side."

The State Senate last month approved the permanent tax cap. The Democratic-led Assembly in the past has sought to tie extension of the cap with renewal of state rent control, which expires this year.

Since the state cap was imposed, local property tax growth has averaged 1.9 percent, compared with 5.3 percent growth between 2000 and 2010, according to the Cuomo administration. The cap has generated $24.4 billion in savings to taxpayers across the state, the administration said.

Long Island elected officials who back a permanent cap say it would eliminate the need for an extension every few years.

Nassau County Executive Laura Curran, a Democrat, said, "We must take action to ease the burden on our families."

Suffolk County Executive Steve Bellone, a Democrat, said, "Success in the future is not guaranteed, if we don't make the right decisions. … Making this tax cap permanent is critical for Long Island's future."

State Sen. Todd Kaminsky of Long Beach, the senior Democrat of the Long Island Senate delegation, told reporters, "Making the tax cap permanent is a critical part of our mission this year, something the Senate was able to do but we need to get it over the line."

Kevin Law, President of the Long Island Association, said the tax cap "is working. We need it to stay competitive; it’s time we make it permanent.”