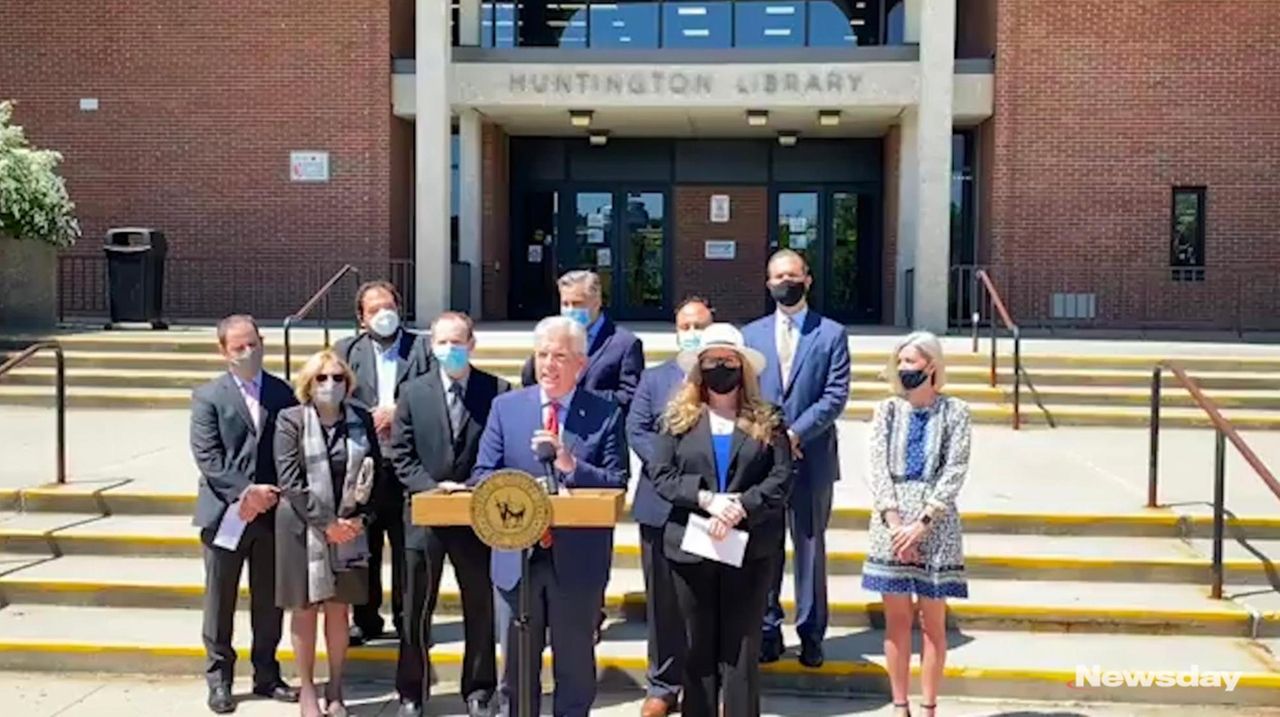 Following the federal government's adoption of the definition in December 2019, Suffolk will use the International Holocaust Remembrance Alliance's working definition of anti-Semitism to educate police and other county workers, determine whether an act is a case of anti-Semitism and prevent such acts from occurring.

"With today's announcement, we are reaffirming our unwavering commitment to promoting and encouraging dignity, respect and equality for all," Bellone said in front of the Center for Social Justice and Human Understanding on Suffolk County Community College's Selden campus.

"We have seen a rise in acts of anti-Semitism and hate," Bellone said. "There doesn't seem to be, unfortunately, a week that goes by that we don't see some act of anti-Semitism. It is disturbing and we will not tolerate it in Suffolk County."

Calling for, aiding, or justifying the killing or harming of Jews in the name of a radical ideology or an extremist view of religion.

Bellone's measure would empower agencies including the county Human Rights Commission and the police departmentto use the definition, "as an educational resource to address and prevent bias related activities motivated by anti-Semitism," according to Bellone's resolution.

The IHRA, initiated in 1998 by former Swedish Prime Minister Göran Persson, consists of 34 member countries that have committed officially to addressing Holocaust denial and anti-Semitism.

"Nassau rejects all forms of hate and County Executive Laura Curran will be filing similar legislation in the coming days to adopt the IHRA’s working definition of anti-Semitism as a reference point to provide further guidance on identifying and combating anti-Semitism," Fricchione said.