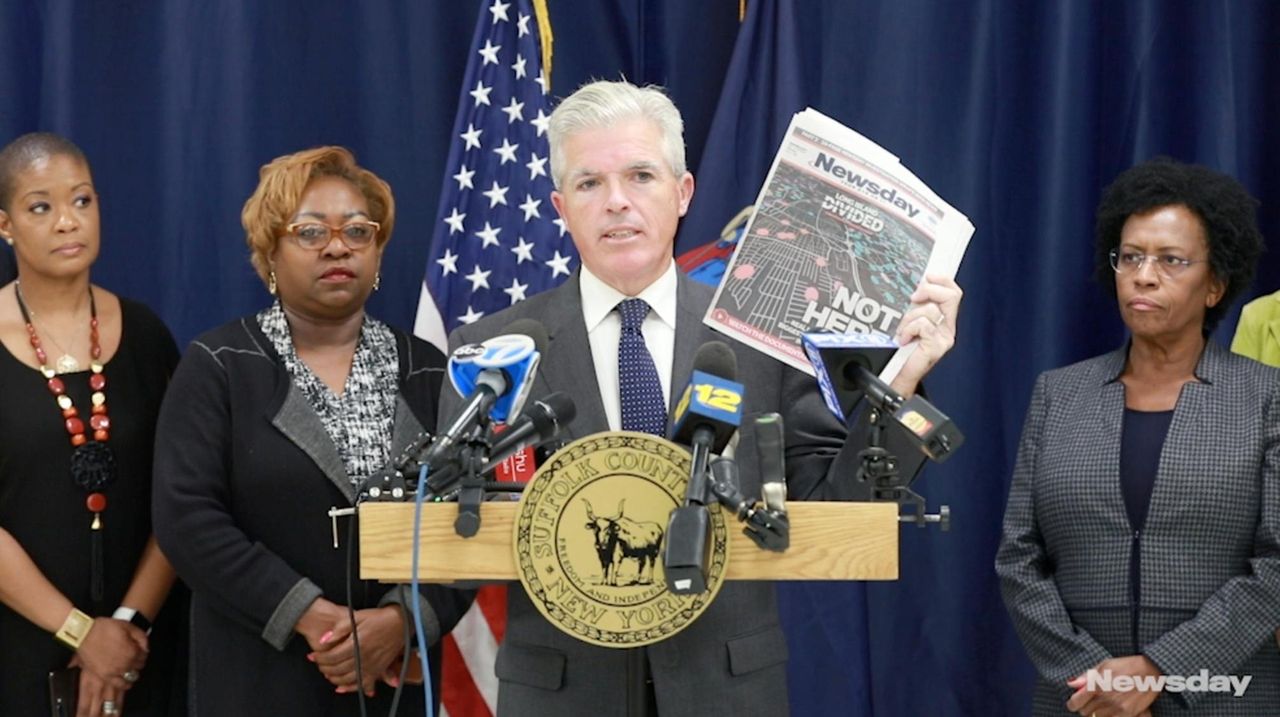 Under the plan, which Bellone said would cost $200,000, the county would hire an outside agency to test for housing discrimination, strengthen the county Human Rights Commission and work to raise public awareness about fair housing laws.

Bellone also said he has begun reaching out to officials in the local real estate industry to help ensure compliance by real estate agents with federal and state fair housing guidelines. He said he also plans to work with state lawmakers on legislation to improve education and training for real estate agents.

“This is the beginning for us of this conversation because this is an issue we must address over the long term,” Bellone said at a news conference at the H. Lee Dennison Building in Hauppauge.

The county also will seek to partner with an outside organization, "to ensure that any and all housing discrimination incidents are fully investigated."

Probes would use fair housing paired testing, the method that Newsday used to uncover housing discrimination. The two testers have fictitious identities and comparable qualifications but differ on a characteristic such as race.

Also, the county will issue a request for qualifications for public education and housing programs so people have “the knowledge and tools to protect themselves,” Bellone said.

Fair housing experts commended the proposal, calling it a step in the right direction.

"It sounds like a really good plan, but it's not the only thing that needs to be put into place," said Lisa Rice, president and chief executive of the nonprofit National Fair Housing Alliance.

Further efforts could include ensuring local fair housing groups are fully funded and prohibiting the county from doing business with companies that are the subject of fair housing complaints, Rice said.

"It's very important to realize it's unfair to expect local government to solve this problem," Zimmerman said.

“I hope that the interest and concern will not be a flash in the pan,” said Elaine Gross, founder and president of the nonprofit group ERASE Racism, which promotes racial equity in areas such as housing.

Members of advocacy groups who appeared with Bellone at the news conference said the evidence of unequal treatment documented by Newsday came as no surprise.

Paired testing conducted by ERASE Racism in 2014 and 2016 showed minorities were told there were no available apartments, while whites were shown vacant units in the buildings immediately, Gross said.

Theresa Sanders, president and chief executive of the nonprofit Urban League of Long Island, said she acted as a tester in 1991.

“The N-word was thrown frequently, and dogs were put out in the yard,” said Sanders, who is African American. “These were prescheduled appointments but when I showed up, they didn’t want to show me the house.”

Tracey Edwards, a New York State Public Service commissioner who is also the NAACP Long Island regional director and a former Huntington Town Council member, recalled that a real estate agent assumed she and her husband “could not afford to live in a certain neighborhood.”

They changed agents but, instead of going to see homes in person, they asked to look at house photos so other agents wouldn't see her and her family at the homes and try to discriminate against them.

“That’s how we decided to purchase our house,” said Edwards, who is African American. “That’s not the way it should be.”