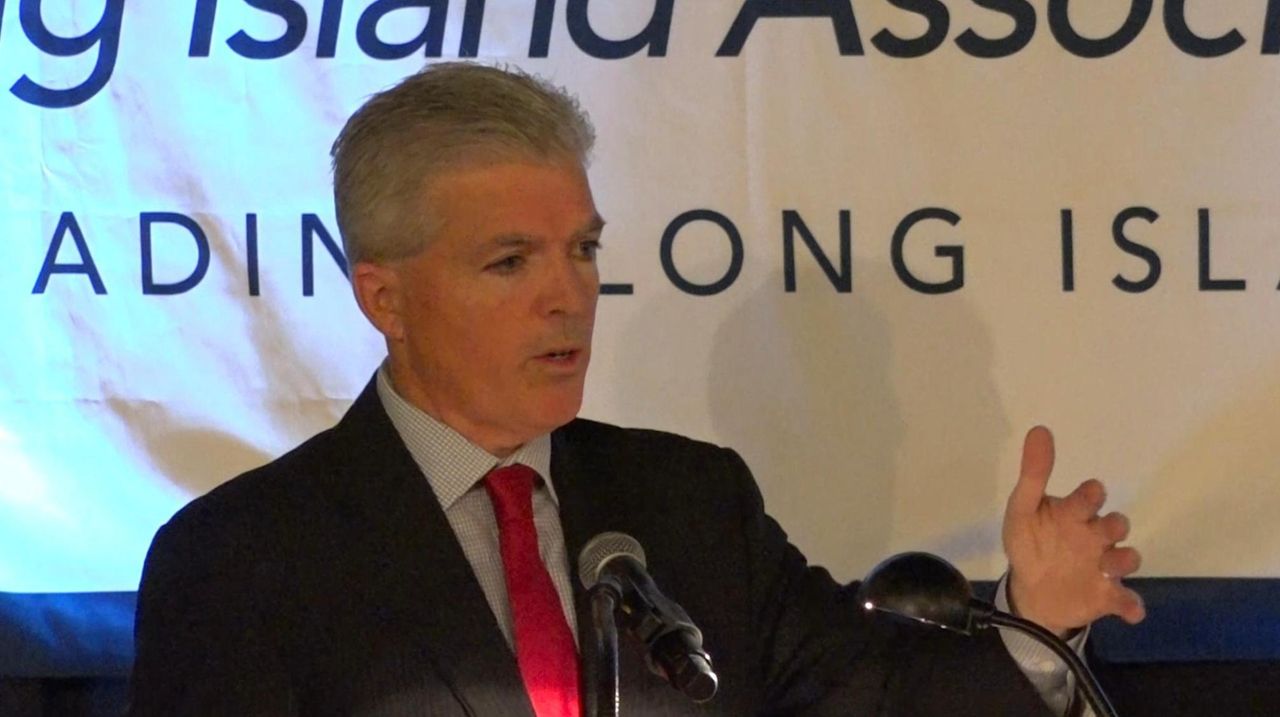 Speaking to about 1,000 people at an event organized by the Long Island Association, Bellone said a federal jury last month found Spota had “abused the power of his office … [and] That climate of intimidation and fear really had a crippling effect on Suffolk County government.”

An attorney for Spota did not immediately respond to a request for comment. Spota served as Suffolk's top prosecutor from 2002 through late 2017.

Spota and Christopher McPartland, a former top aide, were convicted in federal court last month of orchestrating a cover-up of then Suffolk Police Chief James Burke’s beating of a handcuffed burglary suspect in a police precinct in 2012.

Spota and McPartland are scheduled to be sentenced April 30, according to court filings.

In 2016, Bellone had called for Spota to resign amid a federal probe of the district attorney's office. “This was a criminal enterprise operating out of that office,” Bellone said Friday.

Bellone tapped Burke in 2011 to lead the police department on the recommendation of Spota, a longtime Burke supporter. Burke resigned from the department in 2015, pleaded guilty to corruption charges and served a prison sentence.