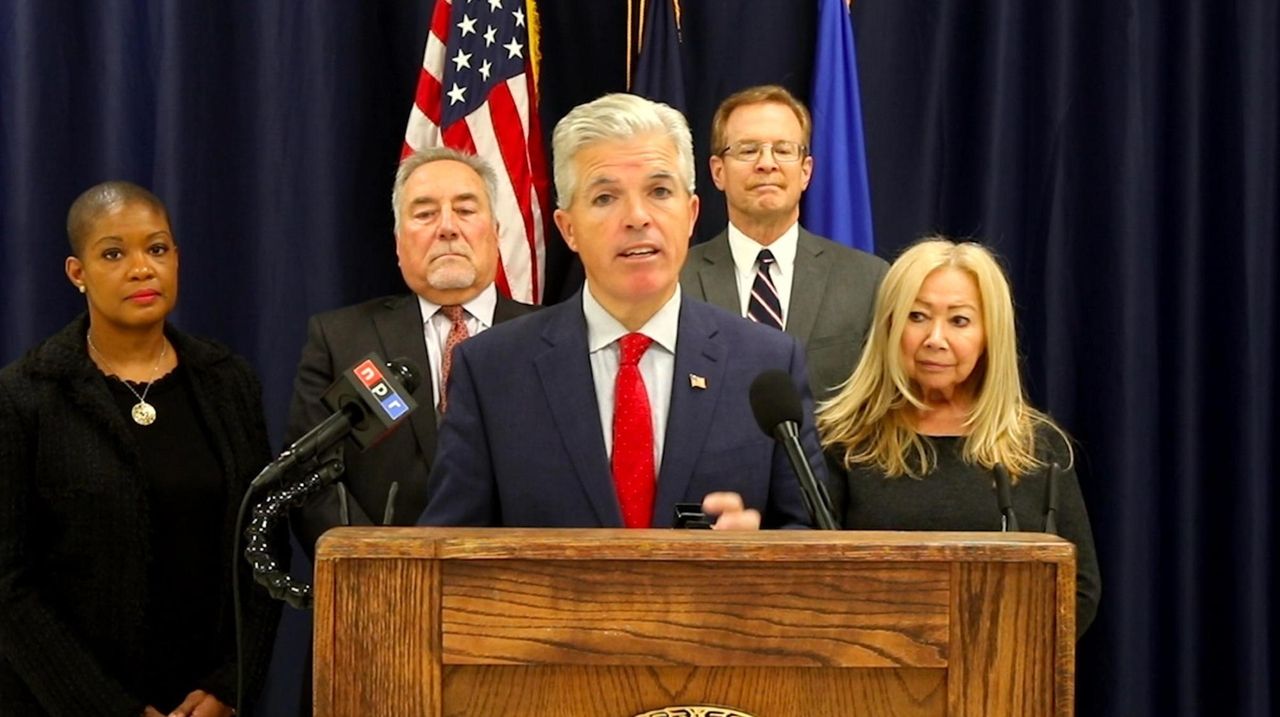 Suffolk County Executive Steve Bellone on Tuesday proposed overhauling the county Civil Service department, citing a need for increased diversity in an office with only one person of color.

Bellone also proposed new department leadership — including a first-ever chief diversity officer, a new personnel officer, and a human resources director — after a 10-month review of the office.

Earlier this year, Bellone fired Alan Schneider, the longtime head of the Department of Human Resources, Personnel and Civil Service. Schneider went to court to get reinstated, with the support of town supervisors, and then abruptly resigned. Schneider is now a consultant helping Babylon Town form its own Civil Service department.

Bellone said the review was not “really about any particular individual,” but about reforming the department as a whole. He said the department — which is responsible for filling 46,000 Civil Service jobs in the county and other municipalities in Suffolk — has not been living up to its role as prescribed by the county charter.

“It is important that we move forward because the status quo is unacceptable,” Bellone said at a news conference Tuesday.

Schneider declined to comment on specific points of the review.

“I certainly don’t have to defend the 36 years I had the reputation I had,” Schneider said. “I wish [Bellone] the best and I hope the department goes forward positively."

Bellone’s proposal came after the review — conducted by Barry Paul, the county’s director of performance management, and Jo-Anne Taormina, the acting personnel officer — found the office lacked diversity and a functioning human resources division. Seventy-six out of 77 office employees are white, a statistic Bellone said does not reflect the county.

About 75 percent of the county workforce, excluding sworn law enforcement officers, are white, and 42 percent are male, county spokesman Derek Poppe said. Statistics were not available from the Suffolk police department and sheriff's office.

Bellone nominated Retha Fernandez, project director for the State of Black Long Island Equity Council, as the county's chief diversity officer. She would oversee a new diversity and inclusion program focusing first on improving diversity within the department and then in the rest of the county workforce.

“For me, diversity and inclusion really means finding the best in others — the thing they like most about themselves — and ensuring they have an opportunity to express that,” Fernandez said.

Deputy County Executive Thomas Melito would lead the department as personnel officer under Bellone’s proposal. Melito helped launch the county's Traffic and Parking Violations Agency in 2012 and the 311 call system this year.

Melito said he will use the report to help shape the department in “the most cost-effective way,” including setting up the division of human resources, integrating data-driven decision-making and introducing a new system for payroll, personnel and attendance management.

Officials are also searching for a new human resources director, a position required by the county charter, Bellone said.

Bellone's nominations must be approved by the legislature.

The county’s largest employee union, the Association of Municipal Employees, “supports the County Executive's commitment to increasing the diversity of the County workforce and we applaud his desire to empower our members through increased training opportunities that will enhance our ability to better serve the public,” president Daniel Levler said.

Over the last few months, legislators had questioned Taormina leading the department because she did not get legislative approval to do so, citing that the county charter does not allow for acting department heads.

Taorimina will stay in the role until the legislature approves a new personnel officer and then plans to retire, Bellone spokesman Jason Elan said.

Presiding Officer DuWayne Gregory (D-Copiague) did not immediately respond to a request for comment Tuesday.