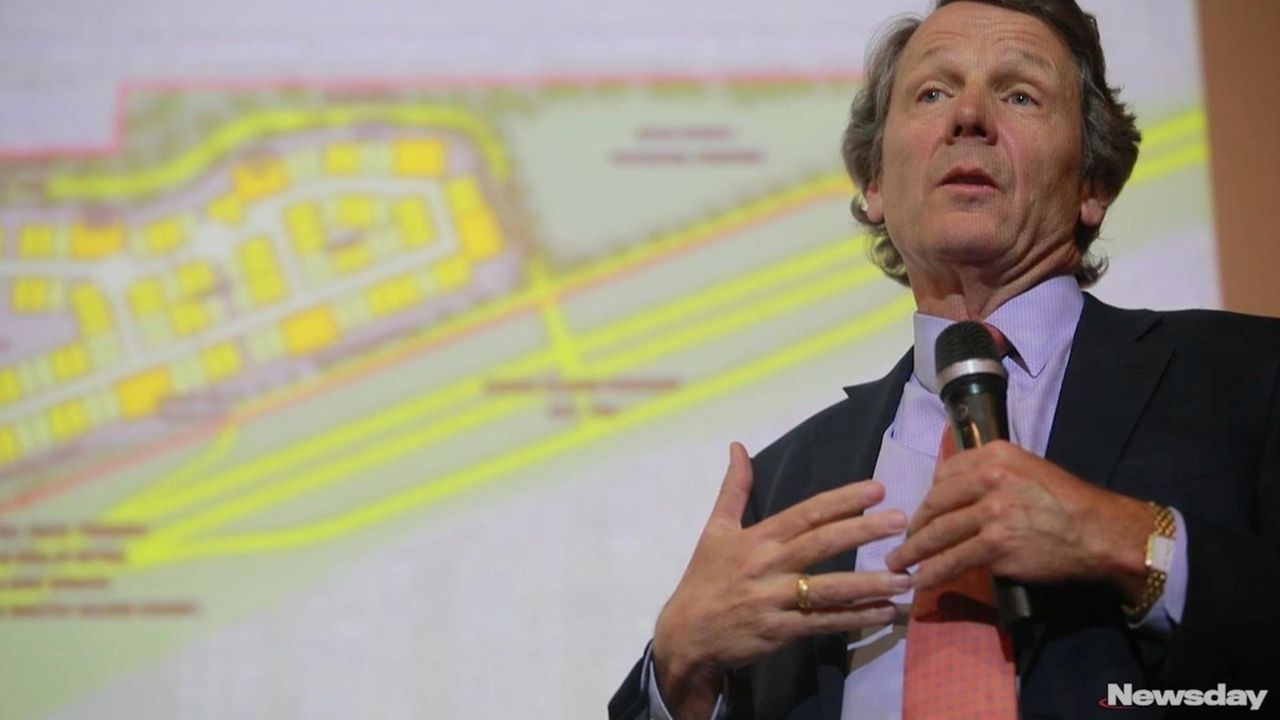 Developers in charge of the New York Islanders arena in Belmont Park answered questions from residents and civic groups regarding the $1 billion proposal on Wednesday. Credit: Newsday / Raychel Brightman

In the first question-and-answer session with developers of the project — which includes a retail and entertainment complex — hundreds of residents turned out at the Elmont Memorial Library. Developers put forth a current “preferred plan” that includes a new 150-feet cap on the height of the project’s hotel, cutting it by about 10 stories from initially proposed.

Developers also said there is an effort to find a new location for a power substation that had been planned behind Bellerose Elementary School, as well as a new site for retail that would put it south of Hempstead Turnpike.

The power substation was initially planned for north of the Belmont racetrack, next to the school, to address an increase in energy needs.

Residents said they worried about congestion on local streets and the Cross Island Parkway and whether the development would be viable in the long term and have a positive economic impact on surrounding communities.

Among the unanswered questions residents had was whether the Metropolitan Transportation Authority would increase its service to Belmont to mitigate traffic and parking volume.

“We are in very active discussions with the LIRR — meeting with them once a week — and those talks are ramping up,” said Holly Leicht, executive vice president of Real Estate Development and Planning at Empire State Development, the agency responsible for economic growth in New York.

ESD, along with Gov. Andrew M. Cuomo, announced in January that the proposal would create a new home for the Islanders in Nassau County.

Under the plan, the sports and entertainment complex would be completed by 2021 on state-owned land along the turnpike and the Cross Island Parkway.

Richard Browne, a partner at Sterling, said: “One thing is for sure, the team is not viable in Brooklyn. Our fan base — and we know them by zip code — is largely from Nassau and Suffolk as well as Queens . . . this is the best location and the team is convinced of that.”

Brown and ESD officials touted an increased tax base and job creation from the project. Some residents, like Lauren Fiorentino, of Bellerose, Queens, disagreed, saying “This is our community and if we want our children to stay, they will not be able to afford to live here on retail and arena jobs.”