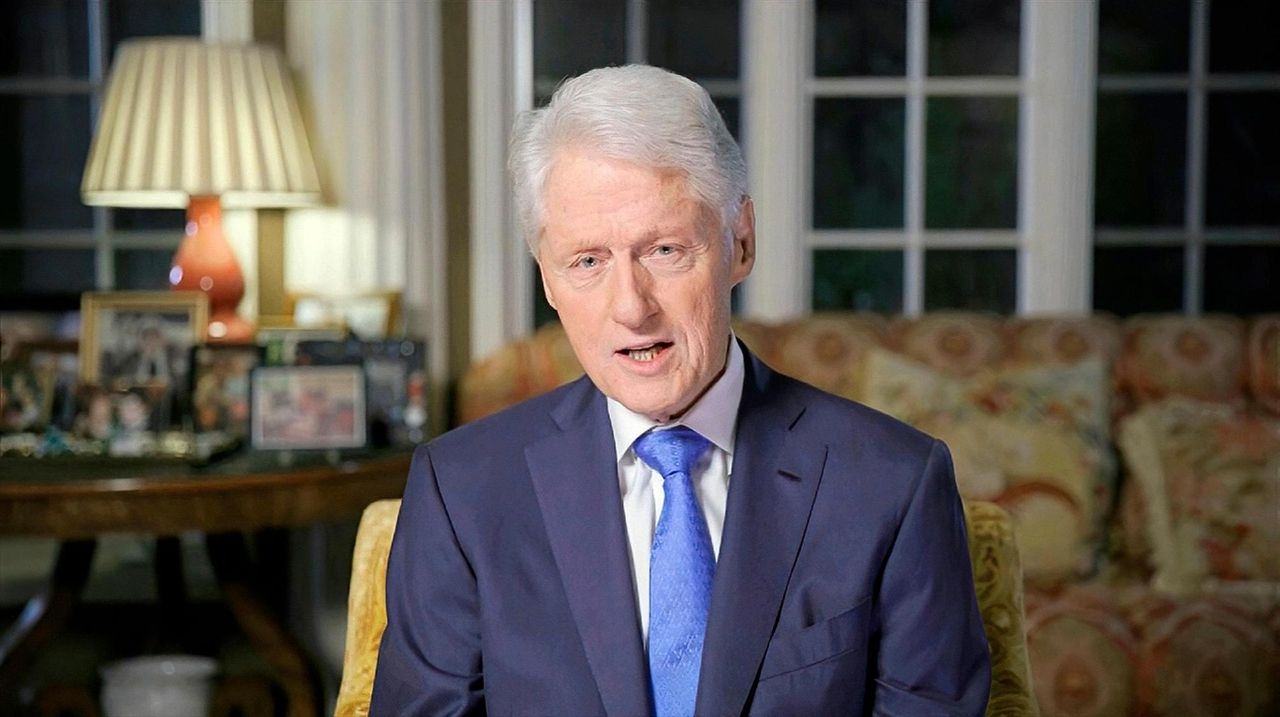 Bill Clinton delivered a stinging attack on President Donald Trump, saying the nation knows what he’d do with four more years in the White House: “Blame, bully and belittle.”

The former president addressed the second night of the virtual Democratic National Convention on Tuesday and said Trump “defines the job as spending hours a day watching TV and zapping people on social media.”

Clinton said, “Denying, distracting, and demeaning works great if you’re trying to entertain and inflame. But in a real crisis, it collapses like a house of cards.”

He also praised Democratic candidate Joe Biden but spent far more time on the offensive against Trump, who defeated his wife, Hillary, to clinch the presidency in 2016.

Bill Clinton played a major role in conventions for four decades but was limited to five minutes on Tuesday.

But even abbreviated, his appearance is tricky for Democrats. In the #MeToo era, as the party is focused on overt appeals to female voters, putting Clinton on stage is problematic for Democrats, given the numerous accusations of sexual misconduct against him.

"Donald Trump says we're leading the world. Well, we are the only major industrial economy to have its unemployment rate triple," Clinton said. "At a time like this, the Oval Office should be a command center. Instead, it's a storm center. There's only chaos. Just one thing never changes — his determination to deny responsibility and shift the blame. The buck never stops there."

Clinton stressed what he called Trump's economic failures amid the coronavirus pandemic and argued that the fallout on families and businesses wouldn't be nearly as dire had Trump not so bungled the federal government's response.

"Our party is united in offering you a very different choice: a go-to-work president. A down-to-earth, get-the-job-done guy," Clinton said. "A man with a mission: to take responsibility, not shift the blame; concentrate, not distract; unite, not divide. Our choice is Joe Biden."

Clinton, who turns 74 on Wednesday, is still three years younger than Biden and remains a force within the party — even though it has left behind many of the market-based reforms and centrism he popularized in the 1990s.

Former California Gov. Jerry Brown, who unsuccessfully ran against Clinton for the Democratic nomination in 1992, said it's impressive how the former president has continued to carve out a role for himself in Democratic politics. But nothing lasts forever.

This was among Clinton's most high-profile appearances since the #MeToo movement sparked a broad, national debate over sexism, sexual assault and gender bias, meanwhile, and Clinton's convention appearance fell on the 100th anniversary of the 19th Amendment, guaranteeing women's right to vote.

Clinton was a visible part of the 2016 convention and campaign, even as Trump repeatedly raised the former president's past — and invited a group of the former president's accusers to attend a debate. The move was an attempt to counter the criticism Trump received after video surfaced of Trump bragging about kissing, groping and trying to have sex with women who weren't his wife.

This time, Clinton's role was limited in a way he hasn't experienced since the conventions of 1980 and 1984, when he spoke but wasn't among the keynote headliners. His debut for most of the country came in 1988 — before rising star New York Rep. Alexandria Ocasio-Cortez was born — when his speech was so long that he famously drew applause when he declared, "In conclusion."

Four years later, Clinton was the nominee and delivered his acceptance speech. He addressed the convention as president in 1996 and 2000. But he may be best known for his convention speech in 2012, when he was widely credited for making a more passionate and crisp case for why Barack Obama deserved a second term than Obama himself.

That address from eight years ago went well over Clinton's allotted time and lasted nearly 50 minutes — or 10 times how long he spoke Tuesday.

Key takeaways from 2nd night of the Democratic conventionDemocratic party leaders tried to blend its past with its future, while Jill Biden auditioned for America and the roll call was different. Jill Biden: America's classrooms 'will ring out with laughter and possibility once again.'Jill Biden described "the anxiety that echoes down empty hallways" and the uncertainty that's come as schools grapple with how to resume as the coronavirus pandemic rages. Schumer tells America: 'Trump has quit on you'Senate Democratic leader Chuck Schumer made a pitch at the Democratic National Convention not just for Joe Biden, but for flipping control of the Senate to Democrats. AOC nominates Bernie Sanders at Democratic conventionOcasio-Cortez is widely seen as the successor of Sanders' progressive wing of the party — a wing that plans to flex its muscles if Biden wins the presidency.