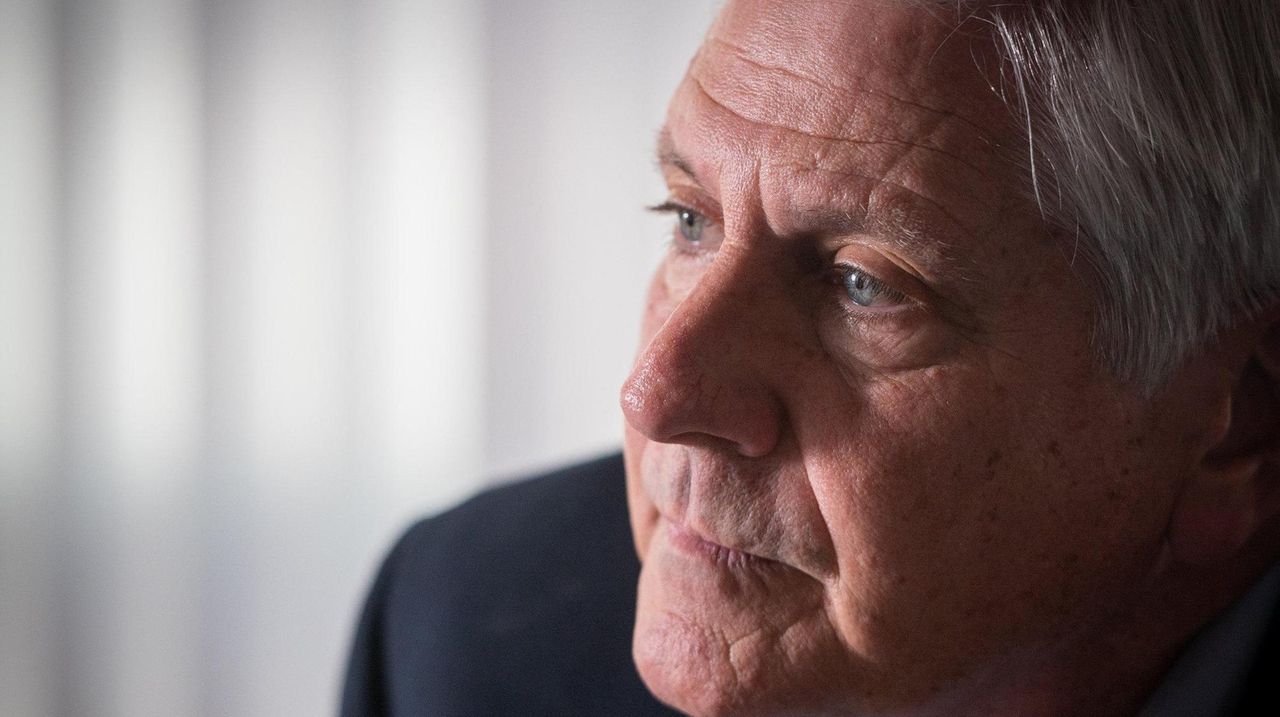 Republican Bruce Blakeman, who has declared victory over incumbent Laura Curran in the Nassau County executive’s race, said this week he will not impose COVID-19 vaccine mandates on police and other county workers.

In an hourlong interview with Newsday, Blakeman also called for an immediate audit of the county Assessment Department, and said he would consider a new reassessment of Nassau's 385,000 residential properties if the audit recommends it.

"Everything’s in play," Blakeman told Newsday. "If they come back to me in six months and tell me we need to do a whole new reassessment, then obviously that’s something that I would strongly consider. But I’m hoping that’s not necessary. I’m hoping that we can come up with a solution that would be less complex."

On vaccines, Blakeman said: "I'm vaccinated. That's a choice I made. I am not for mandatory vaccinations of county employees. I think it's a mistake. I think basically people have to make their own health care choices."

He continued, "If they make a personal choice with their physician that they don't think it's in their health interest to get a vaccination, firing those people is wrong. And I'm not going to follow the New York City model. Our police officers and our firefighters and our personnel in the county, they will not be fired if they choose with their physician not to get a vaccination."

Blakeman spoke Thursday in his fourth-floor offices at Hempstead Town Hall, where he has served as a member of the Town Board since 2015.

His office is filled with photographs of himself with political figures including the late President George H.W. Bush and former Gov. George Pataki, both Republicans.

Other photos show him with family members including his late parents Robert Blakeman, who served as a New York State assemblyman, and his mother, Betty Blakeman. Both served in the U.S. Army during World War II.

Blakeman declared victory in the race early Wednesday at a GOP celebration at the Coral House in Baldwin, Curran's home community.

Curran, 53, has not conceded, pointing to the large number of absentee ballots yet to be counted.

Curran was elected as Nassau's first female executive in 2017.

Voters requested a total of 38,348 absentee ballots, and have returned a total of 22,433, James Scheuerman, the Nassau Board of Elections' Democratic commissioner, said Friday afternoon.

Ballots had to be postmarked by Nov. 2, Election Day, and must be received by Nov. 9. Then the counting can begin.

During the interview, Blakeman offered few specifics about how he planned to deliver on campaign promises, including to lower county property taxes.

Blakeman said he has begun to consider staff for key positions.

He said he would keep an "open mind" about retaining some of Curran's senior staff, including Nassau County Police Commissioner Patrick Ryder, who Blakeman said has done a "very good job."

Blakeman said he would make vaccinations available to residents who want them, and is fully vaccinated himself.

However, he opposes COVID-19 vaccine mandates for county workers.

Curran also has not imposed vaccine mandates for county workers.

Blakeman pointed to skepticism about the vaccine, "especially women of childbearing age, who are very skeptical about it, and I don't think we should tell a woman who's 22, 23 years old that she has to do something that she fundamentally feels is wrong for her body."

He continued: "If a person feels strongly that they don't want it, government should not impose that upon them."

The federal Centers for Disease Control and Prevention recommend COVID-19 vaccination, "for everyone 12 years of age and older, including people who are trying to get pregnant now or might become pregnant in the future, as well as their partners."

According to the CDC, "currently no evidence shows that any vaccines, including COVID-19 vaccines, cause fertility problems (problems trying to get pregnant) in women or men."

Blakeman and Republican county legislators during the election campaign were sharply critical of Curran's program to reassess all county properties.

They argued the Curran administration made errors during the reassessment process.

Curran said the reassessment produced property values that are accurate.

"You can’t get closer to accurate than this," she said during a Newsday Live town hall event last month, citing a review by New York State.

Blakeman declined to commit to eliminating or sharply reducing county fees that majority Republicans on the county legislature voted to cut last month.

The bills also would have killed the $55 public safety fee on most traffic violations, and cut a $300 mortgage recording fee to $50.

Curran said the GOP moves, proposed two days before she filed her 2022 budget, would send the county's financial plan into "chaos."

"I think some of the fees are outrageous," Blakeman told Newsday. "I’m definitely going to look at that and make a determination on what my recommendation would be to the legislature with respect to fees."

Legislative Presiding Officer Richard Nicolello (R-New Hyde Park) said while Republican lawmakers were eager to work with Blakeman, the legislature would continue in its role as a watchdog over county operations.

"I think we're going to be on the same page on certain things, but we're probably going to disagree on other things," Nicolello said

"I think on the majority of things, we'll be working cooperatively with the administration," Nicolello said. "I've been here [with] Republican county executives, Democratic county executives, and different majorities. There is always going to be an institutional struggle. That will continue."

Minority Leader Kevan Abrahams (D-Freeport) said: "The people of Nassau County have spoken, they made it very clear who they want in their leadership in office and I respect that."

Barsky said, "right now the county is in relatively good shape based on one-time resources, which are from the federal [pandemic] aid ... and the refinancing [of debt] that NIFA did."

Now, Barsky said, "the question is how to use those funds to provide long-term structural balance to the budget. Utilizing the short-term resources for long-term expenses that will go on indefinitely will only dig the county into a deeper hole."

Blakeman said he was committed to the county's only public hospital, Nassau University Medical Center in East Meadow, which has suffered chronic budget deficits.

Blakeman recalled that his father was president of the old Franklin General Hospital in Valley Stream, and worked to resolve its financial problems. It now operates as Northwell Health's Long Island Jewish Valley Stream.

"And I guess that's why I want to save Nassau University Medical Center, because I want to follow my father's legacy," Blakeman said "It's important to me, health care, especially for people who can't afford it."

When Curran took office in 2018, she departed from past practice by previous county executives and declined to put her name on the hundreds of signs at county parks and other facilities.

"These are your roads, these are your parks," she told county residents. "They’re not mine. You pay for them."

Blakeman did not rule out putting his name and title on the signs.

"I think it’s good that people know who their county executive is," although "it's certainly not a priority," he said.

“I'm vaccinated. That's a choice I made. I am not for mandatory vaccinations of county employees. I think it's a mistake. I think basically people have to make their own health care choices. If they make a personal choice with their physician, that they don't think it's in their health interest to get a vaccination, firing those people is wrong. Our police officers and our firefighters and our personnel in the county, they will not be fired if they choose with their physician not to get a vaccination.”

"You’ve got over 200,000 people, half the homeowners grieving their taxes, and most of them were successful. You have a valuation problem. And so I can't think of anything that went right.”

“In county government, Republicans and Democrats agree on 80%” of issues. “It’s just the 20% that you might have philosophical differences on. So when we have those differences, I think it’s important to bring in the opposition. And to discuss it with them and see if there are ways where you can come to a consensus. I don't believe in steamrolling anybody.”

See the latest election resultsSee vote totals for hundreds of candidates from local races. Blakeman pledges to reduce crime, fix reassessment systemLowering taxes also is on the agenda as he prepares to transition to Nassau County executive. Blakeman declares victory over Curran in Nassau exec raceDemocratic incumbent Laura Curran did not concede the race, citing a large number of absentee ballots.