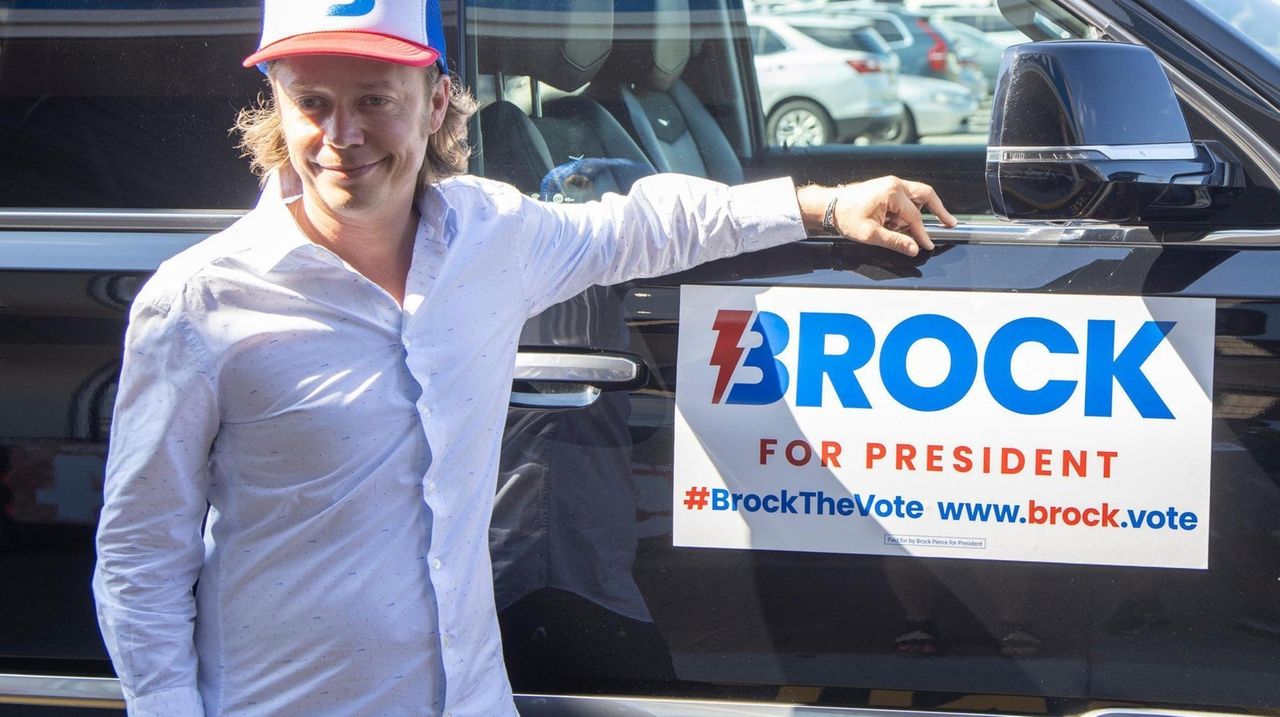 Brock Pierce, a former child actor turned entrepreneur and cryptocurrency mogul, has added presidential candidate to his resume, with the New York Independence Party officially endorsing Pierce in Farmingdale on Friday, and putting him on the party's ballot line for the November presidential election.

Frank MacKay, state and Suffolk County chairman of the Independence Party of New York, introduced Pierce as the face of future presidential politics.

MacKay added, "I have a feeling that four years from now you're going to see a major run, and when I say major, I mean a very important run as a third major party candidate."

Pierce said his objective was to create "a third major party, not another third party." He criticized the two-party system as an ineffective "binary choice" that didn't allow for a diversity of voices in the creation of ideological principles, but rather made office-seekers beholden to the already established party doctrine.

"I think we need a bunch of diversity," Pierce said. "Our government should be as diverse as the country."

Pierce said his number one issue was technology and that it would take "visionary leadership" to deal with issues arising from artificial intelligence. He also was concerned about the nation's debt load.

In response to a question, Pierce said police reform was a "major issue," adding, "injustice is real … I believe in law and order, but we need equal law."

As a child Pierce acted in "The Mighty Ducks" and also starred in "First Kid," among other credits.

A July 2018 Rolling Stone Magazine profile of Pierce chronicled his philanthropic and business ventures, which included an association, beginning in 2005, with Steve Bannon. Bannon would serve as President Donald Trump's chief strategist for the first seven months of the administration.

“Steve Bannon was my right-hand man for, like, seven years,” Pierce was quoted as saying in Rolling Stone. “He’s a hammer. And when you’re a hammer, everything looks like a nail. He’s very sure and very smart. Very driven, very patriotic. He’s not most of the things that people say.”

Bannon was arrested last month and charged with defrauding donors to a private fundraising effort to build a wall on the U.S. border with Mexico.