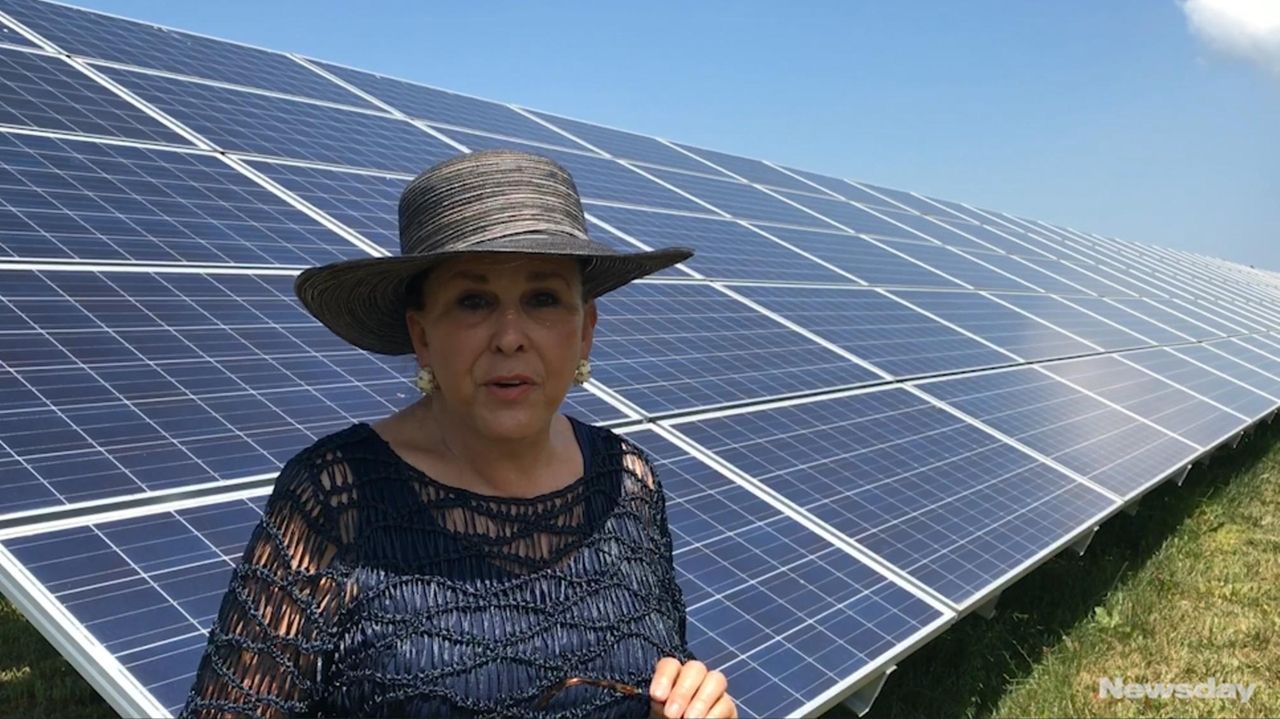 With a recent award from LIPA, the quiet hamlet of Calverton is set to become the center of the commercial solar system on the Island. Credit: Newsday / Mark Harrington

Calverton is set to become ground zero for big, utility-scale solar energy on Long Island — and possibly its final frontier.

With a recent award by LIPA, 10 parcels of land will join two existing commercial solar farms in a square mile of the hamlet to create a large solar-energy corridor along Edwards Avenue in Riverhead Town.

It may be the largest, and some say the last, collection of industrially zoned land suitable for big solar projects on Long Island. One local expert who negotiated the land deals said more stringent zoning rules in East End towns has limited the expansion of large-scale projects, and prices to the west are generally out of range.

“I think this is the last,” said Marie Zere, owner of Zere Real Estate Services in Ronkonkoma, who is the buyer’s broker for all 10 properties. “It’s the largest solar portfolio in New York State and there’s nothing left that I’m aware of where, at this moment, they’ll allow solar.”

While other larger projects are expected across upstate in coming years, the 58.9 megawatts planned by developers sPower and a joint venture of National Grid and NextEra will certainly be among the state’s largest when completed by 2020. LIPA said average residential customers will pay around 40 cents a month for the energy.

The 575 acres include a former golf course turned paintball arena (which will remain open in the interim), three sod farms, a potato field and six other industrially zoned and cleared properties. All are within about one square mile just north of the Long Island Expressway and east of the EPCAL business park. National Grid and NextEra, operating under the name Long Island Solar Generation, are taking around 200 acres; sPower, 375 acres.

Already operated by sPower is a 6.3-megawatt array on 46 acres on the east side of Edwards Avenue, one of the first large arrays on private land. It also operates a 9-megawatt array on a former sod farm in Shoreham. A larger sod farm also owned by Delalio Sod Farms just north of its Calverton array is slated to become part of the new solar field. An entity called WGL Energy operates an existing 4.7-megawatt solar farm to the north.

Expansion of solar in the area had been limited by LIPA infrastructure. A nearby substation has maxed out its capacity of 10 megawatts, but a LIPA official said the new arrays will bypass the bottleneck by connecting directly to a higher-voltage power line. He also said the utility sees no problems managing all the variable solar power in that region.

“LIPA has sufficient generation to balance these intermittent resources in the Calverton area,” the official said. “There is no need for battery back-up or peakers for these projects.”

“The Calverton Energy Center will contribute to meeting Governor Cuomo’s renewable energy goals,” executive director Ross Groffman said in a statement. “We look forward to continuing our efforts on this project.”

Just as it leads the state in residential rooftop solar, LIPA and system manager PSEG Long Island have led the state in large commercial solar arrays. The largest at present is the 32- megawatt array at Brookhaven National Lab. The second largest is slated to be a 24.9 megawatt project currently under construction in Shoreham by developer Invenergy. New York State has requests for more than 800 megawatts of new arrays.

But resistance to the projects on land-scarce Long Island has delayed and even torpedoed some projects, including Long Island Solar’s plan for a 72-megawatt array near the shuttered Shoreham nuclear plant.

Sean Walter, the supervisor of Riverhead Town, said he’s had discussions with the energy companies about the approvals that will be needed for construction to start on the Calverton projects, about which he’s not particularly thrilled.

But Zere said the properties are ideal for solar. She said she’s worked to sell the many of the parcels for 20 years, including some that were previously owned by Grumman. Buyers were few and far between, she said, and none has been more eager and accommodating than the solar developers.

“People are not rushing out to go to Calverton,” she said, noting that transportation costs for companies to locate warehouses beyond Route 112 in Medford become prohibitive for potential buyers. There’s no such problem for solar farms, which, after construction, require no employees and minimal upkeep. Walter acknowledged while there isn’t much Riverhead can do to stop the projects. He said the town intends to get the maximum tax payments allowable. “My position is they should be paying 100 percent of the taxes that a solar farm should pay,” he said.

Zere estimated that the companies will pay more than $3 million a year in so-called payments in lieu of taxes to the town, around 75 percent of the maximum. Meanwhile, the land isn’t sprayed with pesticides, and Long Island gets cheap, clean energy, Zere said.

“Solar is needed on Long Island,” she said. “It’s the best use for the property today.”