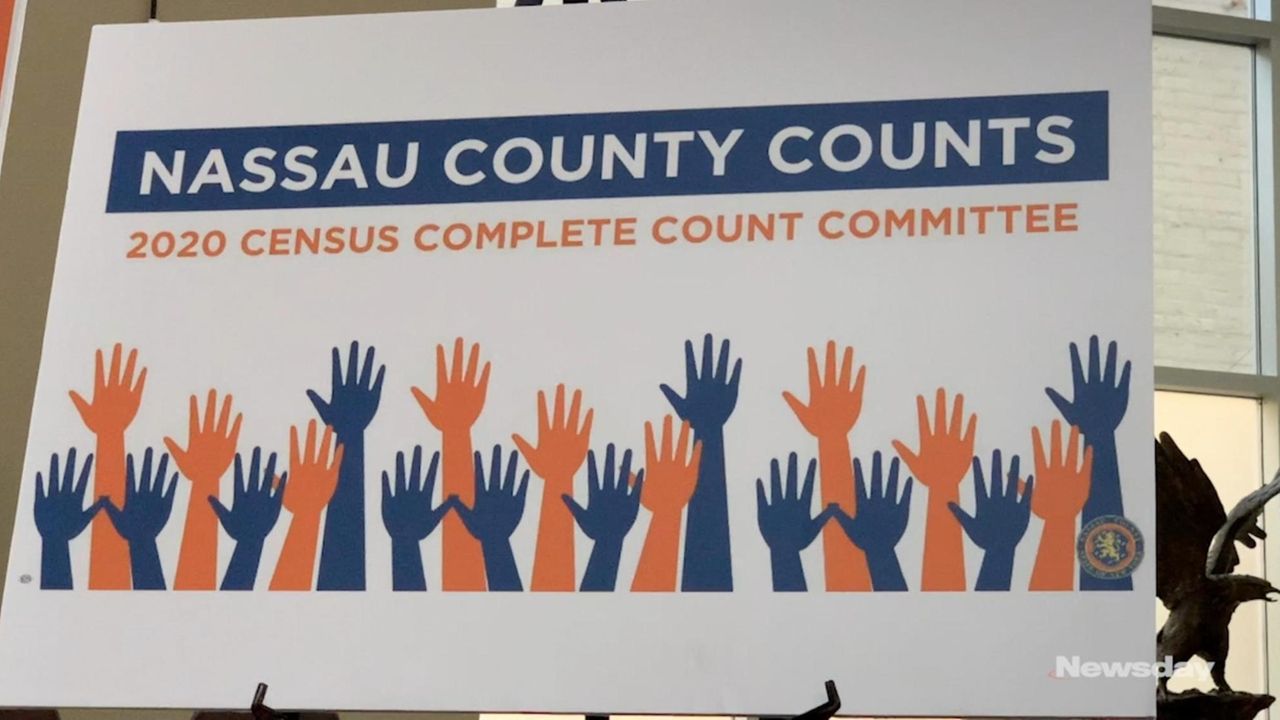 Laura Curran on Tuesday emphasized the importance of having accurate census data so that Nassau County gets its fair share of federal funding, citing Nassau as the fifth most difficult of the 62 counties in New York to count due to various factors, such as illegal housing. Credit: Howard Schnapp

Rep. Thomas Suozzi (D-Glen Cove), Nassau County Executive Laura Curran and other Democratic lawmakers on Tuesday said they were worried that immigrant and low-income communities would not be accurately counted in the next year's census — resulting in millions in federal funding losses to the region.

The lawmakers said a committee in Nassau of more than 30 nonprofit, labor, faith-based groups and community organizations had been formed to develop a plan to achieve a full count.

"We have to make sure that every single person is counted. It's not just undocumented persons that are afraid right now, even documented immigrants are scared right now of being counted," Suozzi said at news conference in Glen Cove City Hall. "Historically, low-income persons are afraid of getting counted. And think about how important it is in a low income community for them to get their money to their local government."

Fear among some immigrant groups has come into greater focus after President Donald Trump's controversial effort to add a citizenship question on the 2020 census form. Trump last month abandoned the push after losing several legal challenges, including a 5-4 U.S. Supreme Court decision that said the government had provided a “contrived” reason for wanting the information.

Suffolk and Nassau were ranked fourth and fifth on the state's list of hard-to-count counties, after Brooklyn, Queens and the Bronx. Census data are used to determine federal funding to states, counties and local municipalities and to draw legislative districts for the next 10 years.

Twenty-three percent of the population in Nassau and 24 percent in Suffolk did not initially respond to the 2010 census.

"Our concern is that people will go deeper into the shadows and not get counted," Curran said.

Census counting begins in March 2020 with final numbers due that December . Most households will receive an invitation to participate in the 2020 census. Responses can be submitted online, by telephone and by mail.