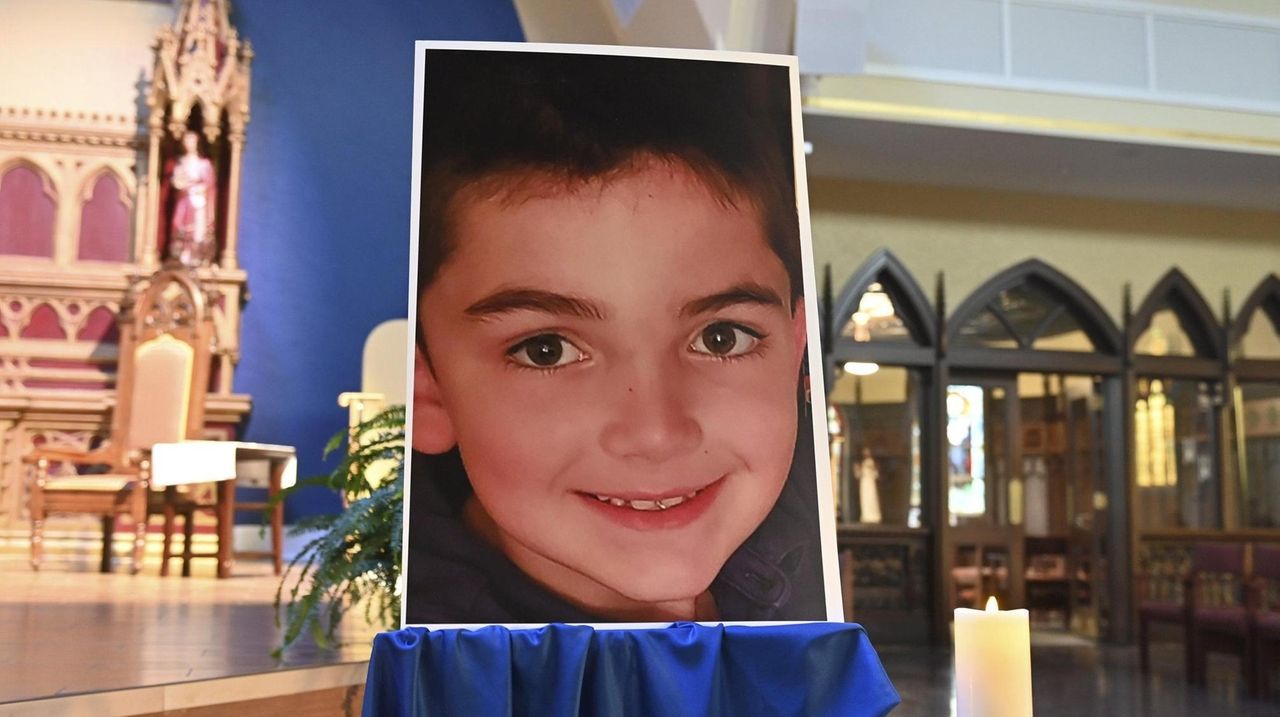 Suffolk Children Protective Services has implemented a series of reforms based on an internal review and a state investigation since Thomas Valva, 8, died last January of hypothermia after he was forced to sleep in an unheated garage in Center Moriches.  Credit: Newsday

Suffolk County has retrained child protective caseworkers, reduced caseloads and introduced other systemic changes since 8-year-old Thomas Valva died last January of hypothermia after he and his brother were forced to sleep in their unheated garage in Center Moriches, top social services officials told Newsday.

County Child Protective Services has increased supervision of caseworkers. CPS also is requiring them to file case notes earlier and encouraging them to seek legal counsel if families deny access to children who may be in harm's way, social services officials said.

Officials are urging caseworkers to consider the accounts of teachers, neighbors and noncustodial parents, along with past case history when the law allows. Access to past case files may be limited if documents are sealed.

County social services officials said they also are planning to establish formal partnerships with police and schools to conduct joint investigations in some suspected abuse cases, reduce the number of times children have to be interviewed on difficult subjects and improve communication between schools and CPS.

Sandra Davidson, chief deputy commissioner of social services, said CPS has used a "systematic perspective" in examining what went wrong in the Valva case and what needs to be corrected in the child protective system, which includes courts, schools and police.

"It really has given an opportunity for everyone to say, we as a county need to come together to do better by our children," Davidson said. "It really has been a great experience working with everyone to address the gap."

Zubko-Valva filed a $200 million lawsuit in June against Suffolk CPS and other Long Island officials, alleging they ignored warnings of abuse, starvation and neglect.

"Those are all steps in the right direction, but the problem is the system at the time was mostly deficient, and it really allowed for crimes to be committed against these children without any consequences at all until it was too late," Norinsberg said.

Thomas' death put Suffolk under the review of the state Office of Children and Family Services, which in July concluded a report on the boy's death. The state report required Suffolk CPS to create a corrective action plan and mandated that CPS caseworkers undergo better investigative training, state and county officials said.

OCFS, whose programs include child protective services, "is closely monitoring the implementation of a corrective action plan, which required additional training for case workers and supervisory staff focused on the investigative process, in particular the assessment of risk and safety and supervisory oversight of investigations," an agency spokeswoman said.

The outcome of the state's investigation into the Valva case has not been reported previously.

Davidson and Suffolk Social Services Commissioner Frances Pierre disclosed in an interview with Newsday that OCFS had issued a final fatality report, and discussed some of their efforts to correct problems identified in the Valva probe.

OCFS declined to release its report or Suffolk's corrective action plan, citing the risk of further trauma for Thomas’ siblings. Suffolk officials said the decision about whether to release the documents was up to the state.

OCFS completes reports and investigations for all cases involving the deaths of children who had been brought to the attention of the child welfare system. The state also reviews the practices of child protective agencies involved in such cases and mandates improvement plans when needed, officials said.

OCFS conducted a review of Nassau CPS but did not direct the bureau to submit a practice improvement plan, the OCFS spokeswoman said.

Nassau police and CPS in 2016 had investigated allegations of abuse by Zubko-Valva and determined they were unfounded, documents show.

Zubko-Valva and then-husband Michael Valva had lived in Valley Stream. A Nassau Family Court judge who presided over the couple's divorce gave Michael Valva sole custody of the family's three boys in 2017.

Thomas, who was on the autism spectrum, died on Jan. 17, 2020. Authorities said Michael Valva and fiancee Angela Pollina forced Thomas and his brother to sleep in an unheated garage at their home in Center Moriches as the temperature outside dropped to 19 degrees.

Prosecutors said the children were kept in the garage and were deprived frequently of food and bathroom access as punishment.

Suffolk CPS had investigated complaints against the Valva family, including reports by the childrens' teachers at East Moriches Elementary School, and had monitored them for a year before Thomas’ death, according to documents and officials.

Valva and Pollina have pleaded not guilty to second-degree murder and endangering the welfare of a child.

Thomas' death prompted calls for reform as dozens of residents shared their own difficulties in navigating the child protective system, particularly in child custody battles.

Suffolk County District Attorney Tim Sini impaneled a grand jury that will recommend reforms for CPS, the judiciary and law enforcement. Its probe is continuing.

The Suffolk County Legislature last year passed a package of six bills submitted by County Executive Steve Bellone. The legislation created a specialized CPS team to handle cases involving children with autism and other disabilities, required CPS workers to undergo implicit bias training and set average caseload levels for caseworkers because caseloads for many were above levels recommended by the state.

"We definitely noticed an increased level of seriousness taken by caseworkers," said Serena Liguori, of New Hour for Women and Children. "The attitude is a little bit different, which we’re grateful for."

Wendy Linsalata, of Long Island Against Domestic Violence, said her agency has conducted trainings for Suffolk CPS workers. She said she has noticed that caseworkers have increased referrals to domestic violence shelters and nonprofits.

But Darcey Merritt, a professor at the New York University Silver School of Social Work who specializes in the child welfare system, said some CPS changes, such as increased case oversight and partnerships with police and schools, can be "problematic."

Such programs will result in increased surveillance and policing of families who are more likely to be people of color, Merritt said. She argued that attention and resources should be focused on preventing abuse and neglect in the first place,

"Yes, we need to make sure kids are safe, but we would keep them much safer if we can go back to the drawing board and figure out" the best way to help families, Merritt said.

Changes in practices by Suffolk County Child Protective Services in the year since the death of 8-year-old Thomas Valva include: