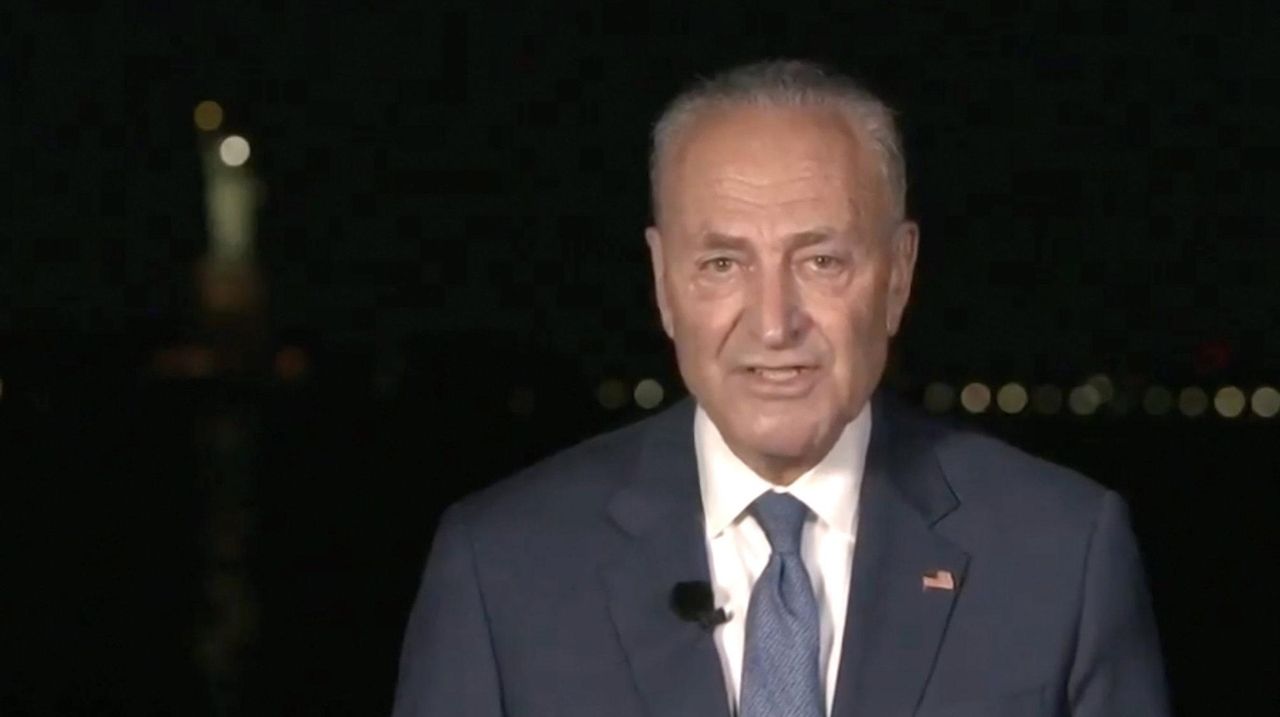 Senate Democratic leader Chuck Schumer made a pitch at the Democratic National Convention not just for Joe Biden, but for flipping control of the Senate to Democrats.

Schumer said Tuesday: “If we are going to win this battle for the soul of our nation, Joe can’t do it alone. Democrats must take back the Senate."

The New York Democrat outlined a potential 2021 agenda on making health care “affordable for all" and tackling income inequality, climate change and other issues, including the COVID-19 crisis.

With the Statue of Liberty as a backdrop, he said President Donald Trump has “demeaned” everything it stands for. 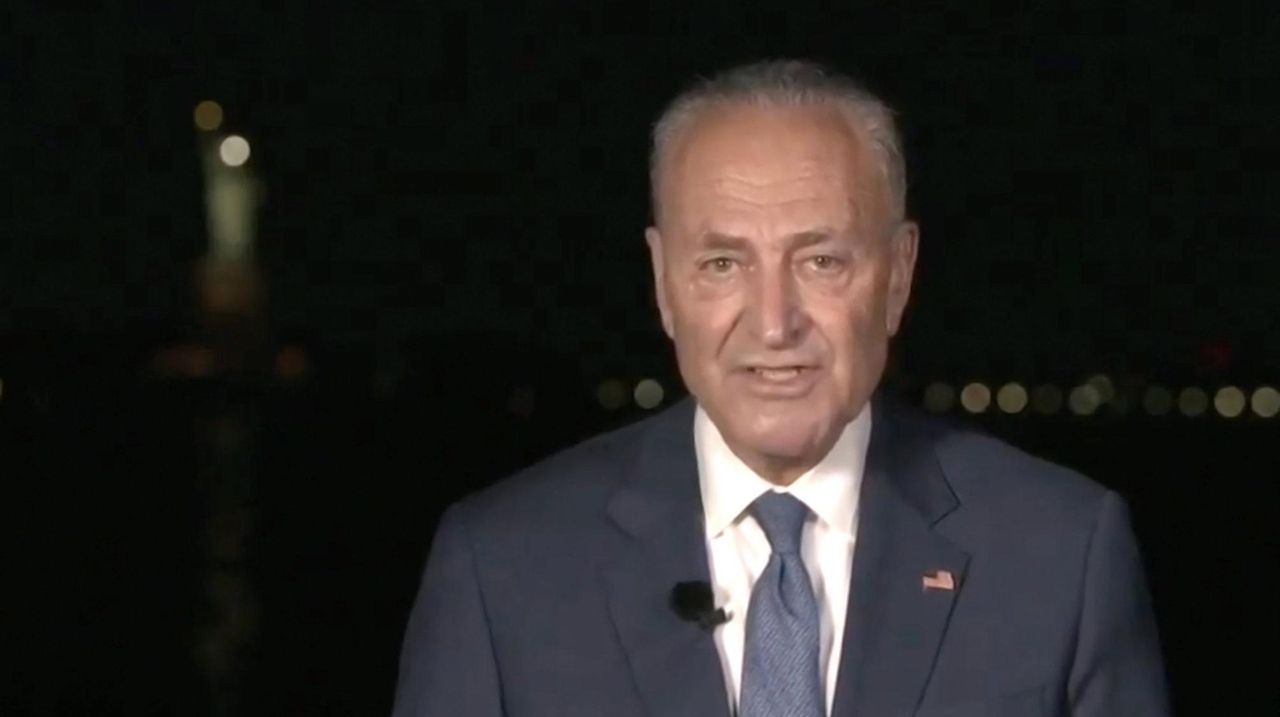 Schumer tells America: 'Trump has quit on you' Senate Democratic leader Chuck Schumer made a pitch at the Democratic National Convention not just for Joe Biden, but for flipping control of the Senate to Democrats.

“America, Donald Trump has quit on you,” he said.

“We need a president with dignity, integrity, and the experience to lead us out of this crisis, a man with a steady hand and a big heart who will never — ever — quit on America,” he said. “That man is my friend Joe Biden. He will be a great president.”

Here is the text of Schumer's speech, as provided by his office:

Hi, this is Senator Chuck Schumer, Democratic Leader, from my hometown, Brooklyn, New York. Behind me is a sight I see out my window every night: the Statue of Liberty. The same sight that greeted hopeful immigrants like my grandparents.

A symbol of freedom and a beacon of hope to the world.

Today, Donald Trump has divided our country, diminished our greatness, and demeaned everything that this statue represents.

He even hid in a bunker as Americans were tear gassed and beaten. Millions are jobless. 170,000 Americans have died from COVID. And Donald Trump says: “it is what it is.”

Presidents should never say: “it is what it is.”

President Lincoln, honoring the great sacrifice at Gettysburg, didn’t say “it is what it is.”

President Roosevelt, seeing a third of the nation ill-housed, ill-clad, and ill-nourished, didn’t say “it is what it is.”

We need a president with dignity, integrity, and the experience to lead us out of this crisis, a man with a steady hand and a big heart who will never—ever—quit on America: that man is my friend Joe Biden. He will be a great president.

But if we’re going to win this battle for the soul of our nation, Joe can’t do it alone. Democrats must take back the Senate.

We will stay united, from Sanders and Warren, to Manchin and Warner—and with our unity, we will bring bold and dramatic change to our country.

Let me tell you what we’d do.

With President Biden, Vice President Harris, and a Democratic Senate Majority, we will make healthcare affordable for all;

We’ll undo the vicious inequality of income and wealth that has plagued America for far too long;

And we’ll take strong, decisive action to combat climate change and save the planet.

We’ll protect voting rights; fight systemic racism in the criminal justice system and in our economy; and restore a Supreme Court that looks out for people, not corporations.

We’ll rebuild our infrastructure, and make sure every home, from inner city to rural America, has broadband.

We will save the post office and, once and for all, defeat COVID-19, this evil disease.

And, beckoned by the lady behind us, we will reform our immigration system so that immigrants yearning to breathe free will at last become American citizens.

Together, we can re-ignite the hope once felt by millions of men and women, huddled masses on creaking ships, who glimpsed this mighty woman with a torch, knowing they could build a better life, here, in America.

And out of this long national nightmare, America will finally awaken—to a brighter future, and a new day.

AOC nominates Bernie Sanders at Democratic conventionOcasio-Cortez is widely seen as the successor of Sanders' progressive wing of the party — a wing that plans to flex its muscles if Biden wins the presidency. Bill Clinton delivers short but stinging attack on TrumpTaking a smaller convention role than in the past, Clinton said the president "defines the job as spending hours a day watching TV and zapping people on social media." Key takeaways from 2nd night of the Democratic conventionDemocratic party leaders tried to blend its past with its future, while Jill Biden auditioned for America and the roll call was different. Jill Biden: America's classrooms 'will ring out with laughter and possibility once again.'Jill Biden described "the anxiety that echoes down empty hallways" and the uncertainty that's come as schools grapple with how to resume as the coronavirus pandemic rages.