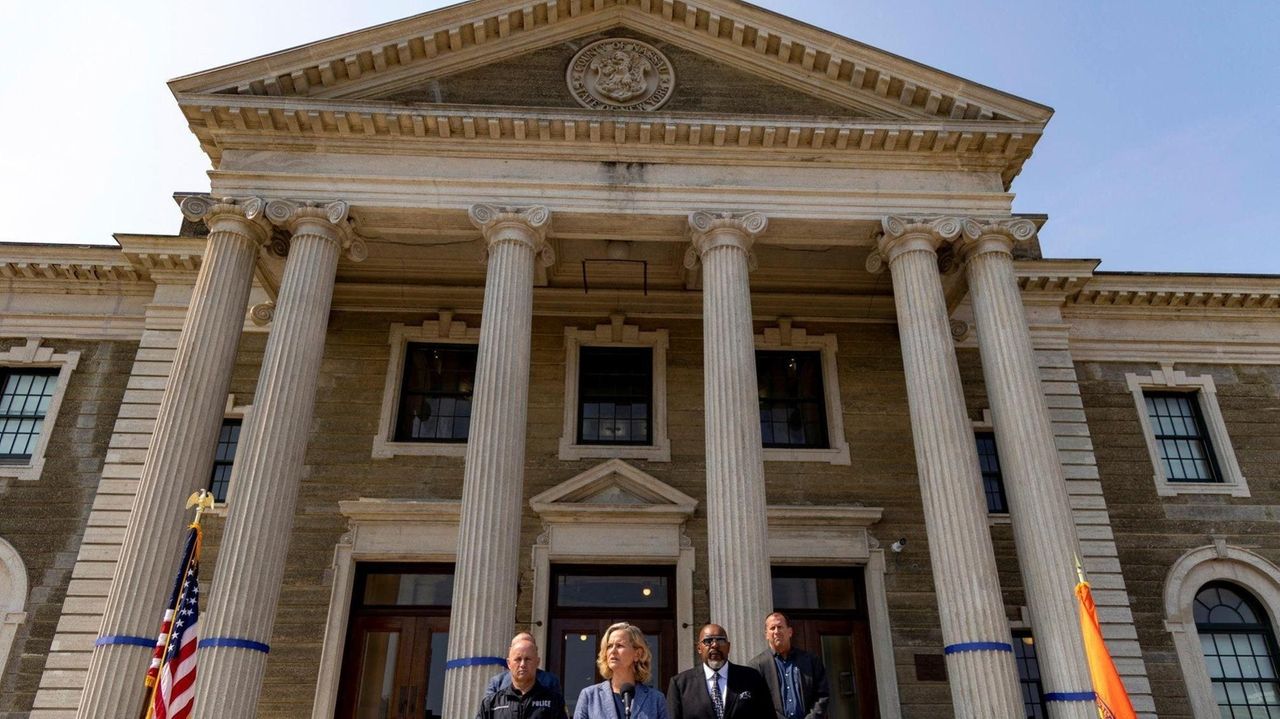 Nassau County Executive Laura Curran announced a $3.5 billion county budget for 2022 that includes a $70 million cut in county property taxes that would save the owner of a $500,000 home an average of about $140 a year.

Curran, a Democrat seeking reelection in November, on Wednesday will file a 2022 spending plan that reduces the amount Nassau collects in taxes from residential and commercial property owners by a total of $70 million, and $150 million over a four-year period.

The budget also would boost public safety spending by $45 million, adding 70 positions to the police and probation departments, the sheriff’s office and other law enforcement agencies.

In explaining her ability to propose a tax cut, Curran cited the county's improved fiscal position resulting in part from refinancing of county debt.

"We're in this position now where we can actually give relief to taxpayers," Curran told Newsday in an interview Tuesday.

Curran will file her budget with the county legislature on Wednesday, county spokeswoman Christine Geed said.

The budget is due by Sept. 15 under a deadline in the county charter.

The Nassau County Legislature, led by Republicans, will have to approve the final budget.

"It’s really a comprehensive plan, a strategic plan where we can give relief and keep our county finances sound," she said.

In comments about the budget proposal, Republicans on Tuesday said they already have taken the lead in providing tax relief.

In a statement, Boyle said Curran oversaw a "botched" reassessment that resulted "in tax increases for 65% of property owners," while Republicans have "proposed rolling back almost $100 million in government fees."

Under reassessment, 65% of homeowners saw school tax bill increases, while 35% saw reductions in 2021-22, according to county data.

In 2018, both Republican and Democratic lawmakers approved contracts to begin the reassessment process.

Last year, legislators from both parties voted to approve the 2020-21 tax roll.

Republican Hempstead Town Council member Bruce Blakeman, who is challenging Curran for county executive, said Tuesday he would use the county's 2021 surplus to cut taxes even more.

"My plan cuts taxes by $120 million in a single year — $58 million more than her plan — while stopping Curran's massive reassessment tax hikes which will continue for four more years under her phase-in," Blakeman said.

Under reassessment, a "phase-in" exemption spreads tax hikes over five years, after which property owners will be assessed at market value.

The refinancing of county debt "reaped us significant savings for our budget, for our taxpayers," Curran told Newsday.

Raymond Orlando, deputy county executive for finance, said the county expects to save $150 million in 2022 through refinancing.

The county legislature last year allowed the Nassau Interim Finance Authority, a state board that controls county finances, to refinance more than $1.1 billion in county and NIFA debt.

Majority Republicans held up the refinancing deal for most of 2020, concerned that extension of debt payments would prolong NIFA's existence.

In the interview with Newsday, Curran also criticized Republican-backed bills to eliminate or sharply reduce certain county fees that are expected to generate $100 million in revenues this year.

The $100 million in fee revenues are included in the 2022 budget, Curran said.

Committees voted Monday to eliminate the $355 tax map verification fee used to verify a property's section, block and lot, and a $55 public safety fee added to most traffic violations.

The committees also voted to reduce the fee for recording mortgages, from $300 to $50.

Asked if she would veto the fee cuts, Curran said it was "premature to say anything."

Under the budget, Nassau in 2022 and 2023 also would make pension payments that were deferred over the past decade.

The county owes a total of $195 million in deferred pension contributions for county workers.

The state began allowing counties to make the deferrals to help them cope with the effects of the 2008 recession.

Abrahams said Democrats would "closely review Curran's budget proposal to ensure that the needs of Nassau taxpayers will be met in the most optimal and efficient manner possible."