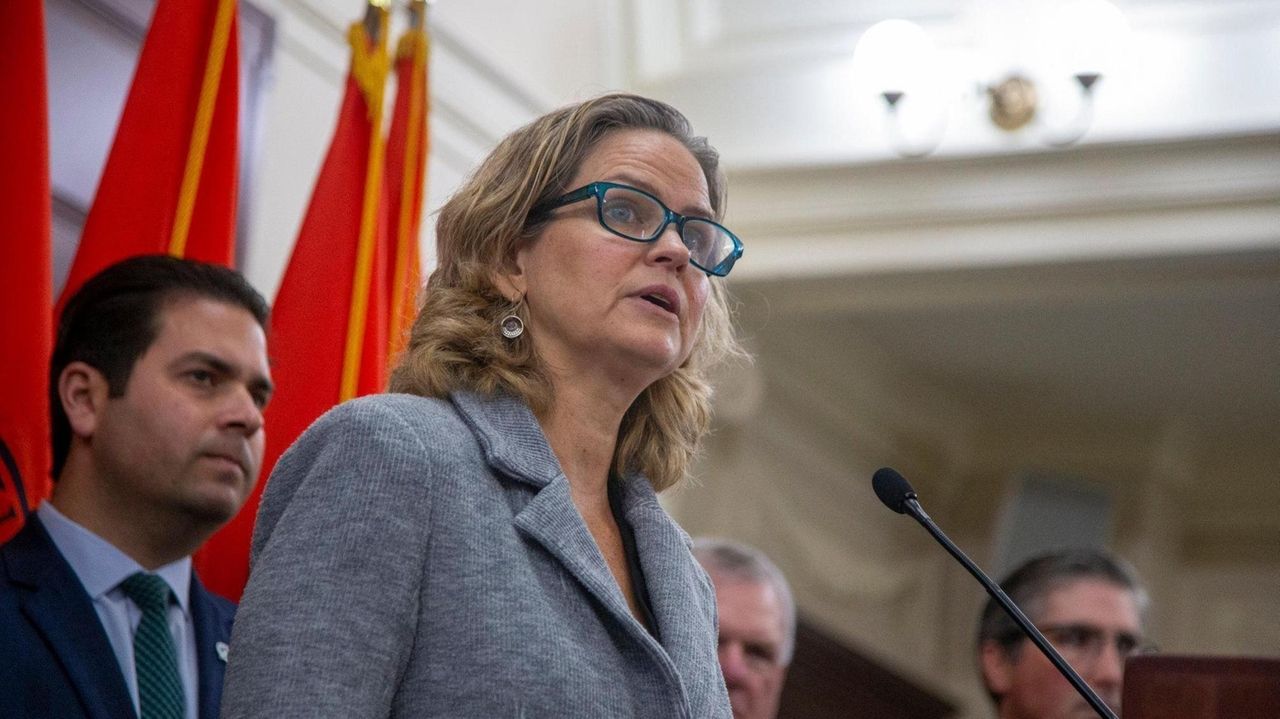 Nassau County is moving to ease the permitting process for development projects fronting county roads as it targets an "infamous" mix of costly and complicated rules that has hampered developers and economic expansion, Nassau County Executive Laura Curran said Wednesday.

Curran unveiled the results of an eight-month review by a special panel that examined ways to streamline development approvals. The "239-F" regulations are specific to development projects that face county roads.

The panel's report noted progress on the permitting issue.

Nassau is moving to create a new center to help developers obtain permits for projects, and to switch to an electronic system for reviewing permitting plans, the report said. The bulk of current reviews are done on paper.

The county launched a webpage with information about submitting projects that qualify under the 239-F review. Public works commissioner Ken Arnold, a task force co-chairman, said developers would also be able to track at what stage the project was in the review process. He said projects wouldn't need to be referred to the county for review, depending on the type of work. Also, Arnold said officials were looking to combine reviews to prevent redundancies.

The report also recommended that Nassau revise its process for calculating a “cost of construction” review fee so that the cost was proportional to the scope of the proposed work. A change in the fee structure must be approved by the County Legislature.

"It is vital to get this right for the economic development of our county," Curran said. "It's the number-one concern … of developers looking to come, to expand, to settle, to build in Nassau County."

Task force co-chairman Kyle Strober, executive director of the Association for a Better Long Island, a developer group, said, "there's universal agreement that this process has been flawed. Taking almost two years for approvals is simply unacceptable. And if we want to have a chance to be competitive … then this process alone has to be sped up."