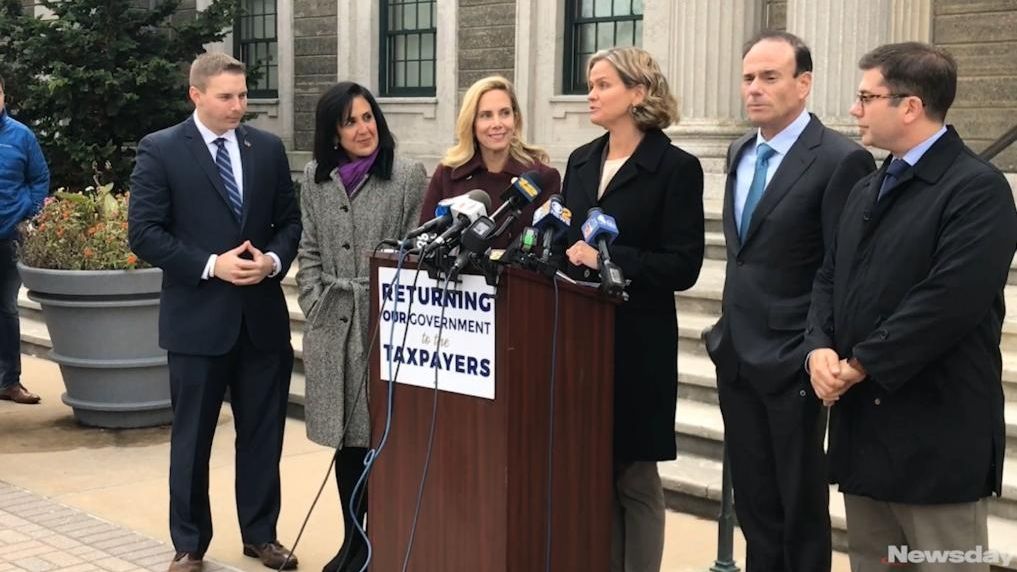 A day after Curran’s victory over Republican Jack Martins, a breakdown of the vote shows that GOP stronghold areas in the Town of Hempstead, such as East Meadow and Merrick, went only narrowly to Martins or even outright to Curran.

Overall, in Nassau’s largest town, Curran, a county legislator from Baldwin, got 8,000 more votes than Martins, a former state senator from Old Westbury, or a 5 percentage-point margin.

With the candidates performing as expected in the other towns — Martins won Republican-controlled Oyster Bay and Curran took Democratic-controlled North Hempstead — that margin may have proved decisive.

Turnout was roughly 30 percent, only slightly higher than in 2013, when Republican County Executive Edward Mangano was easily re-elected.

But if the overall number was similar, Democrats did better bringing their base out and capturing GOP and undecided voters, according to Curran’s campaign.

“We were able to energize Democrats, while also convincing independents and Republicans that Laura Curran was somebody they can trust,” Curran campaign strategist Isaac Goldberg said Wednesday.

Curran, however, brought in 4,000 more votes in the town than Gillen. She won areas where Democrats are strong, such as Uniondale, but also large portions of North Bellmore and Oceanside, where the GOP typically does well.

Political analysts said it was likely Curran’s unwavering anti-corruption message in the wake of the 2016 indictment of Mangano that caught on with more GOP voters.

Mangano has pleaded not guilty to charges that he accepted bribes and kickbacks from a businessman in exchange for benefits, including a county contract.

Curran repeatedly decried the “culture of corruption in Nassau” and labeled long-standing practices of giving jobs to the politically connected and contracts to campaign contributors as the “corruption tax.”

Lawrence Levy, executive dean at the National Center for Suburban Studies at Hofstra University, called the phrase “brilliant” because it married the issue that typically drives Nassau voters with the one that likely did this year.

While Martins jumped from issue to issue, from fixing county finances to combating gang violence, Curran was laser-focused on ethics, making it the common thread in all of her mailers and TV ads.

She pledged to overhaul the way the county awarded contracts, limit her hires’ political activity and fight to cap campaign contributions that could be made by county vendors.

“Consistent focus on one issue that polls say works is generally a winning tactic rather shifting to other issues,” said Manhattan Democratic consultant Hank Sheinkopf. He said the election of a woman also “by definition signifies an end to machine politics” Nassau GOP is known for.

Michael Dawidziak, a Bohemia political consultant who works largely with Republicans, said Curran may also have been helped by Democratic voters coming out in larger numbers to send a message to President Donald Trump. That factor was cited as one of the main reasons Rob Astorino, the Republican Westchester County executive, lost on Tuesday and why Democrats retook New Jersey and Virginia governor’s offices.

“This was clearly a repudiation,” Dawidziak said.

In a statement Wednesday, Nassau Republican chairman Joseph Mondello alluded to the wave that elected Democrats Tuesday as a natural blowback similar to the one that gave Democrats control of the county legislature for the first time in 1999, or when Republicans retook power in 2009 after President Barack Obama’s policies had energized the opposition. 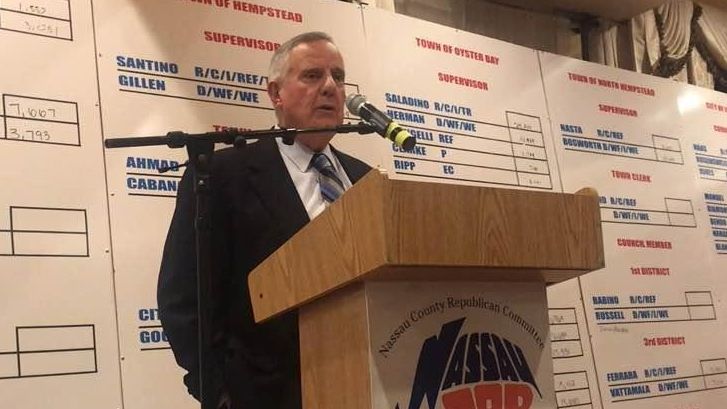 “Politics is a cyclical business,” Mondello said. “The Republican Party has weathered storms in the past and will certainly weather this one also.”