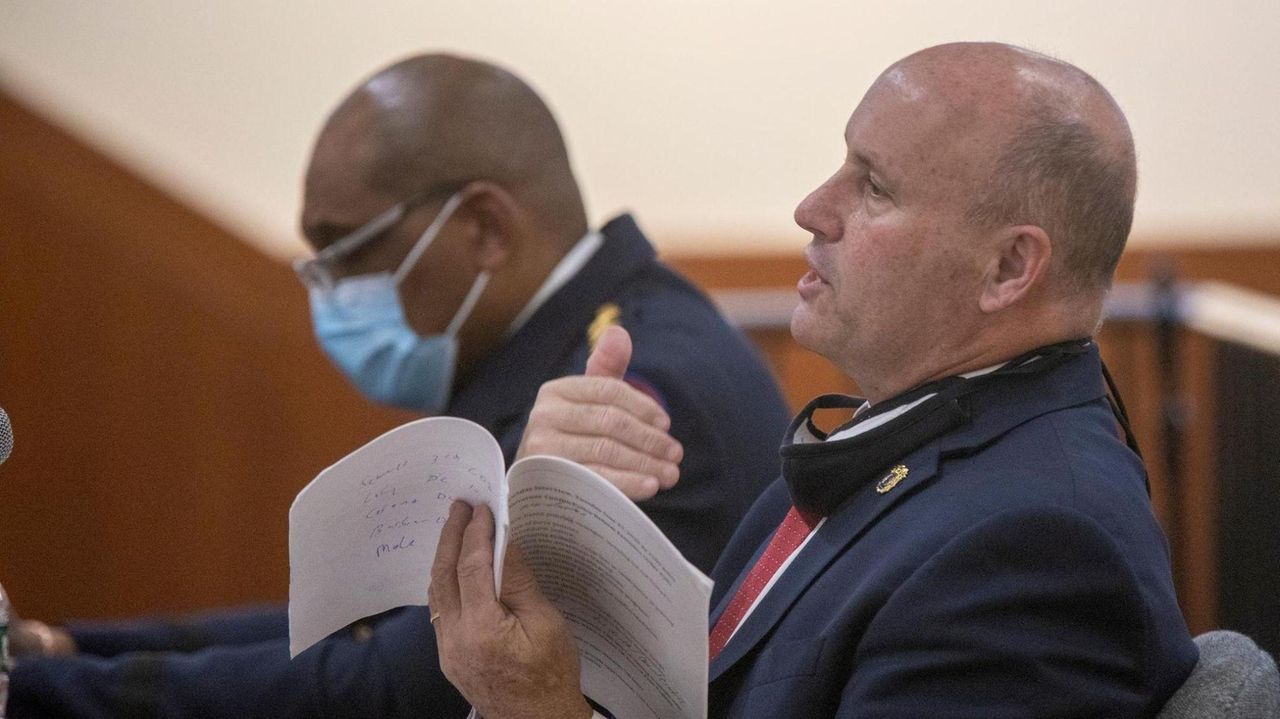 The Nassau County Police Department will use body cameras, collect racial data from traffic stops and require more hours of anti-bias and de-escalation training, according to a sketch of a police reform plan released Thursday by Commissioner Patrick Ryder.

Ryder testified during the first legislative meeting aimed at drafting what is expected to be a 300-page plan due to be filed with the state by April 1.

"The Nassau County Police Department has become an open book," Ryder said. "We are listening and we know that we can make change."

But community advocates complained they weren't given the opportunity to contribute enough to the county's plan.

Many said they were not given adequate speaking time in town hall meetings about reform plans, and that they were unable to review the draft Ryder presented to legislators Thursday.

"The level of community input required to do this work has not happened," said Fred Brewington, an attorney who is on a community panel tasked with contributing to police reforms.

Ryder testified that Nassau already has begun making policing changes, particularly in the area of citizen complaints about officer misconduct.

Ryder also said the department has been working with police agencies in the cities of Long Beach and Glen Cove, and Nassau's 18 villages, to form a cohesive reform plan.

In response to legislators' questions over a three-hour period, Ryder said reforms will include a review of reasons more minority officers do not take the police exam; a 10-hour training program for recognizing implicit bias; instruction in the use of "verbal judo" to calm potentially dangerous situations; and deployment of a mobile crisis unit to respond to mental health calls so police resources aren't used unnecessarily.

"What happens in the rest of the country doesn't happen here," Ryder said. "I will not apologize for good, well-trained and well-disciplined police officers."

Gov. Andrew M. Cuomo in June issued an executive order requesting each police agency in the state to evaluate its use of force, crowd management techniques, bias training and response to citizen complaints, or risk the loss of state funds.

Cuomo is requiring each agency to submit proof they've modernized their strategies. County and town lawmakers must approve the plans.

Brewington data he has received showed there were 5.3 arrests of Black people for each arrest of a white person.

Brewington called on legislators to refrain from submitting a final reform plan to the state until community concerns have been taken into more consideration.

Nassau County Legis. Siela Bynoe (D-Westbury) said community advocates "should have been given the opportunity to review this document and offer input on their collaborative work product before it is shared publicly."

Ryder said there would be more opportunities to make changes before the state deadline.

In a statement, Nassau County Executive Laura Curran said the draft of the reform plan released by Ryder incorporated "suggestions and ideas" raised during more than 60 community meetings held by Nassau since June.

"We now call on all county residents to provide input to improve public safety and reinforce trust between Police and the community," Curran said.