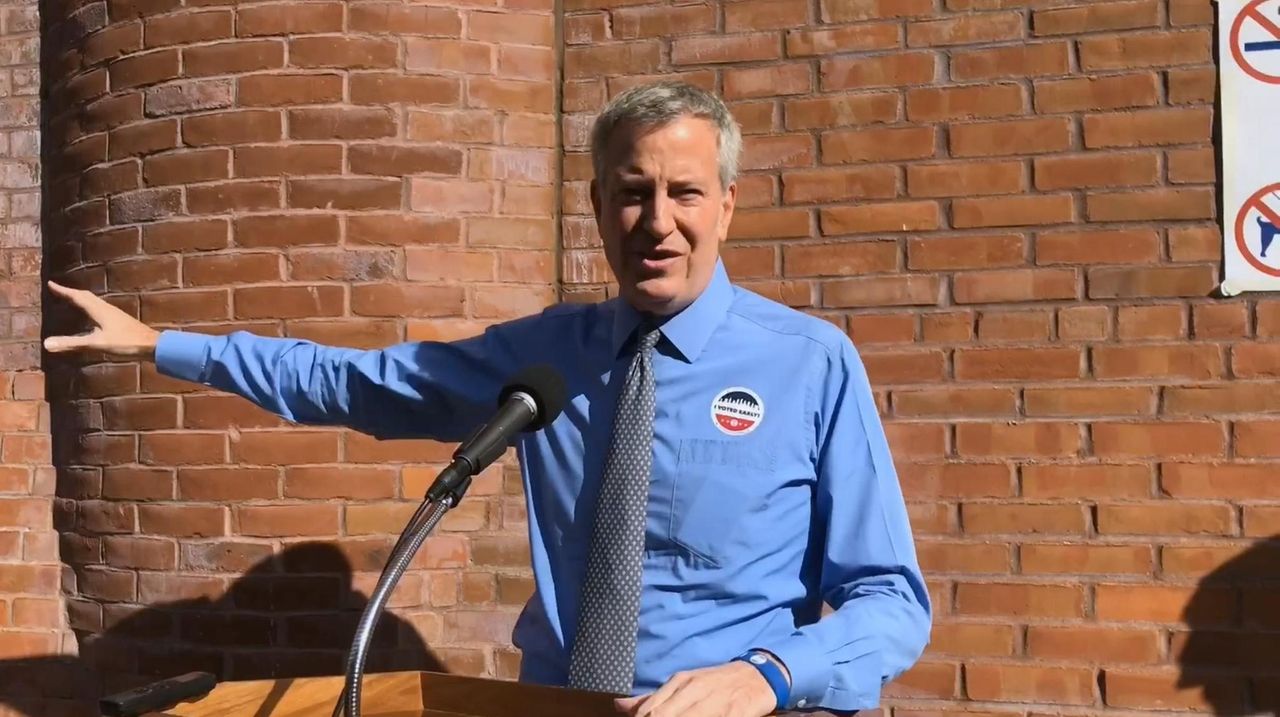 “This is a lot easier,” said Terrance Hinds, 76, of Uniondale, after voting in the Recreation Center at Kennedy Memorial Park in Hempstead. “It’s my day off.”

Hinds starts work on Tuesdays at 7 a.m., so every Election Day he has had to plan ahead to make sure he votes shortly after polls open at 6 a.m.

Early voting continues for the next eight days. About 5,400 people voted Saturday on Long Island, with a steady number of voters but no waiting at most of the 25 Long Island sites, elections officials said.

Dorothy Jacobs, 74, who drove 25 minutes Saturday from Island Park to Hempstead to vote, said, “There are not as many [polling] places as I’d like to see, but this is a good start.”

“We’ve caught up with the times,” Jacobs said, referring to how most states have had early voting for years.

Eileen Bruno, 67, of Deer Park, works in Ronkonkoma and every Election Day has to drive back to Deer Park to pick up her mother, Mary Hogan, 86, before heading to the polls. Early voting is more convenient, she said.

But Bruno said she was frustrated Saturday morning when she arrived at Babylon Town Hall Annex to find the voting machines were not working. So Bruno and Hogan had to travel to Dix Hills to vote there.

Early voting: What you need to know

Suffolk elections Commissioner Nick LaLota said the computers in North Babylon had not been programmed correctly, so election workers had to wait for a programmer from the elections-equipment vendor, St. Louis-based KnowInk, to arrive. The elections board asked KnowInk to have workers in Suffolk on Saturday in case there were problems, LaLota said. The issue was resolved an hour and a half after polls opened, he said.

At Islip Town Hall Annex, the problem was Bluetooth connectivity between the computer tablets on which voters checked in and the devices that printed out ballots, he said. That problem was fixed by 10:45 a.m., 45 minutes after polls opened, and by about 11 a.m. the backlog of waiting voters had been cleared up, he said.

Ed Friedland, 46, of West Islip, was one of those waiting in Islip. He said when he left the polling site after 11 a.m., the printers were still only working sporadically.

“They were bringing out folding chairs for seniors to sit on because they were waiting so long,” said Friedland, who voted early because he works in Manhattan and sometimes gets to his polling site on Election Day just before closing, with little time to spare.

It's Election Day. Know more about who's running in your district.

LaLota said one reason for the glitches is because the state had finalized rules and processes for early voting in the past few months, giving counties relatively little time to prepare.

Early voting is similar to Election Day voting, except that the ballots are printed on-site, said John Alberts, a Suffolk elections form processor who was working at the Dix Hills Fire Department polling place on Saturday.

Preprinted paper ballots aren’t practical because there are many overlapping boundaries in Suffolk for various types of election districts, and voters can cast ballots at any of the 10 early-voting sites in the county, Alberts said.

Mary Zeh of Huntington had worried about not voting this year because she will be in California on Election Day. She was relieved to find out that she could vote early.

“It’s absolutely wonderful,” Zeh said after casting her ballot in Dix Hills. “I believe this is going to increase the number of voters participating.”

Nassau elections Commissioner James Scheuerman said giving voters nine days to vote in addition to Election Day is designed to boost turnout, because of convenience and because it helps mitigate the effects bad weather can have on Election Day turnout.

Tracie Clemente-Brown, 54, of Uniondale, said she cast her ballot early in Hempstead so she doesn’t have to arrange her day on Nov. 5 around voting.

Early voting: What you need to knowFor the first time in New York State, a nine-day period of "early voting" begins Oct. 26. It's Election Day. Know more about who's running in your district.Search our voters' guide to see who's on your ballot and where they stand on the issues.