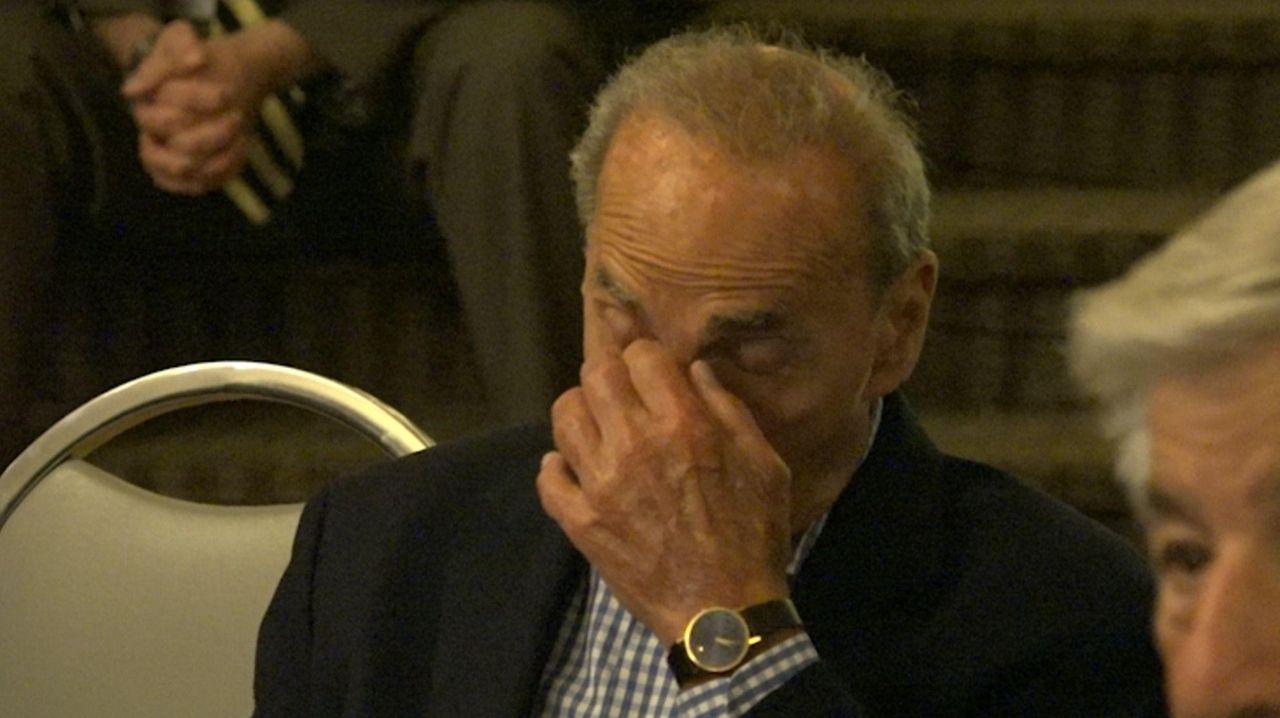 Edward Wehrheim was named Republican nominee for Smithtown Town supervisor at the party’s convention Tuesday night, ending weeks of speculation but setting up a primary battle with incumbent Patrick Vecchio.

With Smithtown Republican chairman Bill Ellis, a Wehrheim supporter, controlling dozens of proxy votes from absent party committee members in a roll-call vote, the veteran Smithtown councilman won the nomination by a margin so wide that Ellis didn’t bother to tally before calling Wehrheim to the podium for a victory speech.

He approached to cheers from supporters and muttering, followed by open jeers, from Vecchio supporters angry about what they said is political maneuvering by Ellis and Smithtown Conservative Party leadership that does not reflect the wishes of party voters.

“This is not democracy,” a woman shouted from the crowd of roughly 100 delegates. “It’s despicable,” said someone else. “The floor voted for the supervisor,” added Councilman Tom McCarthy.

When Wehrheim finally spoke, it was brief.

“I worked 45 years serving this community and will continue to do so with honor and integrity,” said Wehrheim, a longtime town parks employee and former parks superintendent.

For the two town board seats opening this fall, Ellis announced that vote results came in against incumbents McCarthy and Lynne Nowick, and for Robert Doyle, a retired Suffolk police detective sergeant from Nesconset, and Thomas Lohmann, a Suffolk district attorney investigator who is retired from the NYPD.

Doyle pledged to “restore, repair and reconnect Smithtown” and called for change to business districts he said are “run down and full of vacancies.”

Said Lohmann: “I’ve never backed away from a fight in my life, and I’m going to do this because I think it’s the right thing to do.”

Town Clerk Vincent Puleo won the party nomination for re-election to that office over Conrad Chayes, a Vecchio ally who chairs the town planning board.

Most of Vecchio’s supporters and Vecchio himself left before the convention ended. Outside of the Elks Lodge where the convention was held, Vecchio said that come September, “There’s going to be a primary and we’re going to win.”

It would not be possible for him to maintain even a professional relationship with Ellis, he said.

Back inside, Ellis said: “It’s sad that one group couldn’t accept that we had the overwhelming majority . . . We all know what’s ahead of us. We’re going to have a primary.”