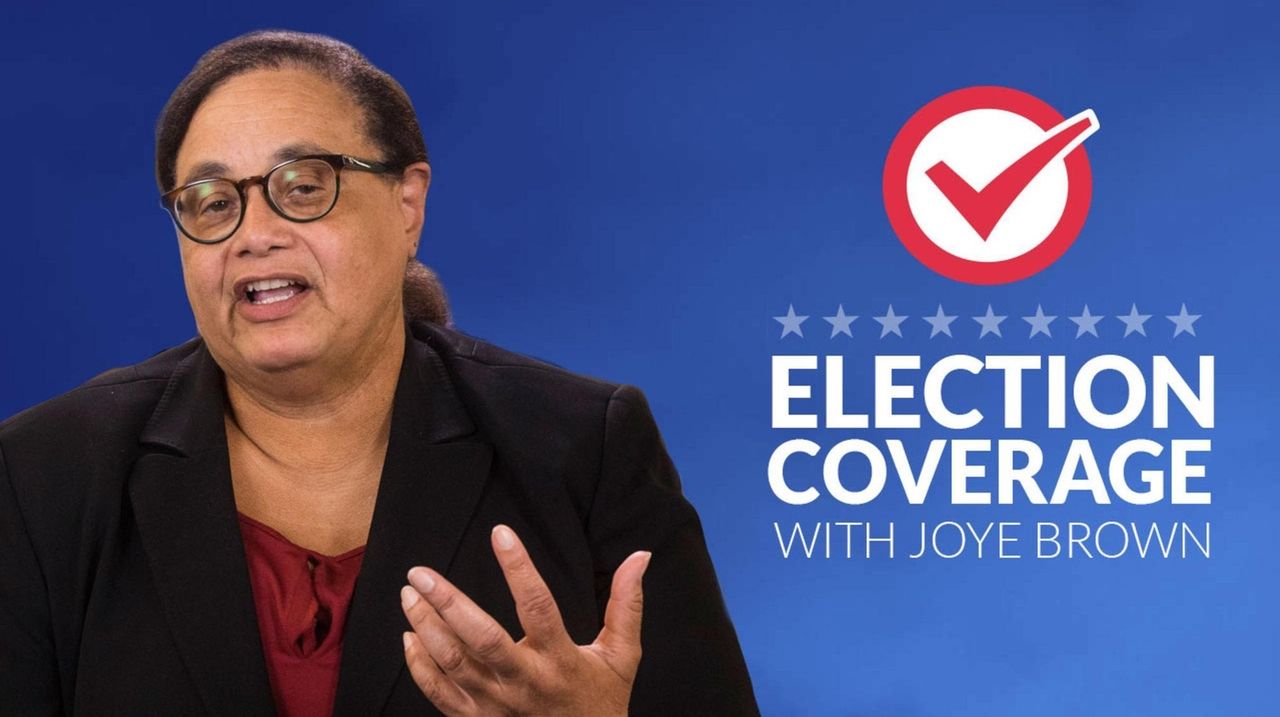 Across Long Island, 318 candidates are running for office after a campaign season that focused on issues such as rising taxes, water quality and the opioid crisis.

In all, Nassau has 120 candidates vying for 60 positions in county and town government and the judiciary.

Suffolk has a total of 198 candidates seeking office.

Polls opened at 6 a.m. in Nassau and Suffolk and will close at 9 p.m.

Voters expressed a variety of reasons for turning out Tuesday.

Therese McNulty, 42, an attorney from Rockville Centre, said the primary issue for her was “definitely patronage hiring. I’m not originally from here — I grew up in Illinois where it’s very corrupt — but I find it just shocking on so many levels.”

Asked why she voted Tuesday, Jennifer Gilchrist-Fuentes, 44, a speech therapist from Rockville Centre, said: “Public corruption in the Town of Hempstead. Recently we have discovered local politics is much more important than we ever thought.”

“I lost my little brother in CI [Central Islip] in a gang killing” seven years ago, Guerrero said of his brother, Alex Guerrero, 16. “For me, that’s important.”

Guerrero said he voted for Republican candidates because “I see what they do around the community.” Guerrero said he supports having more youth programs and services to keep young people “out of the street.”

Others cited national politics as one of the factors that motivated them to come out to vote. Some said they are voting Tuesday to send a message to Washington D.C.

Natasha Michelin, of Freeport, said each local election matters because everything feeds into the next chain. “We need to get the Democrats to control the Senate,” she said.

Others said they turned out to support particular candidates.

Carole Ryan, of Freeport, who called herself an independent but said she has been leaning Democratic since President Donald Trump took office, said she was, "trying to support Madeline Singas and the women who are out there fighting the good fight. I want to support the girls. They are working hard to make a difference.”

Earlier in the day, Long Islanders setting out to cast ballots contended with rain in some places.

At the David W. Crohan Community Center in Flanders, turnout was slow at about 1:25 p.m. as the rain and wind picked up. A handful of voters entered Cutchogue East Elementary School in Cutchogue around 2:35 as rain increased by the hour.

And there were reports of some issues at polling sites.

James Scheuerman, Democratic commissioner at the Nassau County Board of Elections, said the board sent a roving bipartisan team to Howell Road School in Valley Stream after receiving a report that there was no parking. “They asked them to make sure everything was freed up,” Scheuerman said.

He said some schools where polling sites are located Tuesday have other events scheduled, such as parent conferences, that can take up parking spaces.

In Huntington Station, at least one voter said they were told they had voted early when they hadn’t, and in West Babylon, a woman was allegedly turned away and told to come back later, without getting an affidavit ballot.

Nick LaLota, Republican commissioner on the Suffolk County Board of Elections, said he was not aware of those individual cases, but that the BOE’s “trouble desk” has gotten “dozens of tickets,” including for issues such as machines and scanners not working or being jammed. But he said he has not heard of long lines or waits.

“We are dealing with issues and we’re doing so quickly and efficiently,” he said.

He noted that Suffolk BOE has nearly 1 million registered voters — more than the number in 10 states — and operates 335 polling places. He said other than those issues, things are “good.”

In Suffolk, County Executive Steve Bellone, a Democrat, is facing a challenge from County Comptroller John M. Kennedy Jr., a Republican, and Gregory Fischer, who is running on the Libertarian Party line.

Bellone, who is vying for a third and final term under county term limits, said he has helped turn around county finances by reducing an estimated $500 million deficit he says he inherited.

Kennedy, however, is running on a campaign to right the county’s finances. He points to a recent state comptroller report that found Suffolk to be in the most fiscal stress of any county in the state.

Fischer said he would seek to bring in outside consultants to restructure the county’s finances and management.

For Jamesport couple Robert and Lillian Skinner, however, the races they were most concerned about Tuesday were those for Riverhead supervisor and town board.

As they were entering the George Young Community Center in Riverhead, Robert Skinner said he was voting for the candidates that he felt would pay most attention to the ongoing issue of helicopter noise on the North Fork.

As far as the supervisor’s race, Skinner said he didn’t want to see the Republican candidate Yvette Aguiar win because he felt her vision wouldn’t be the right one for Riverhead.

“We don’t want to see this become East Hauppauge or East Smithtown, and my fear is that from some of the stuff that I read from her, that would be the path she would take us down,” Robert Skinner said.

“Her tactics [during the election] were … I just didn’t care for them,” Lillian Skinner said.

Aguiar is running against incumbent Laura M. Jens-Smith, a Democrat.

In Nassau, District Attorney Madeline Singas, a Democrat, is seeking her second four-year term as the county's top prosecutor. She faces a challenge by Republican lawyer Francis X. McQuade.

McQuade, 65, a Long Beach attorney in private practice, said his professional experience — as a police officer, a Roman Catholic priest and his work as a criminal defense and civil rights lawyer — makes him suited for the job.

Walter Noonan, 80, a retired engineering manager from Massapequa Park, said he voted for Altadonna. “Saladino turned me off and Altadonna is a better man,” Noonan said at the Massapequa Park High School voting site. “He [Altadonna] was the mayor here for a long time and did a good job.”

Also Tuesday, control of the Nassau and Suffolk County legislatures is at stake.

In Nassau, Republicans hold an 11-8 majority, while in Suffolk, Democrats have an 11-7 advantage.

During the early voting period, from Oct. 26 to Nov. 3, less than 5% of registered voters in Nassau and Suffolk cast ballots, election officials said.

Early votes won’t be tallied until after polls close.

It's Election Day. Know more about who's running in your district.Search our voters' guide to see who's on your ballot and where they stand on the issues. Suffolk County executive, Nassau DA jobs on the ballotAcross Long Island, 318 candidates are running for office in county and town races.