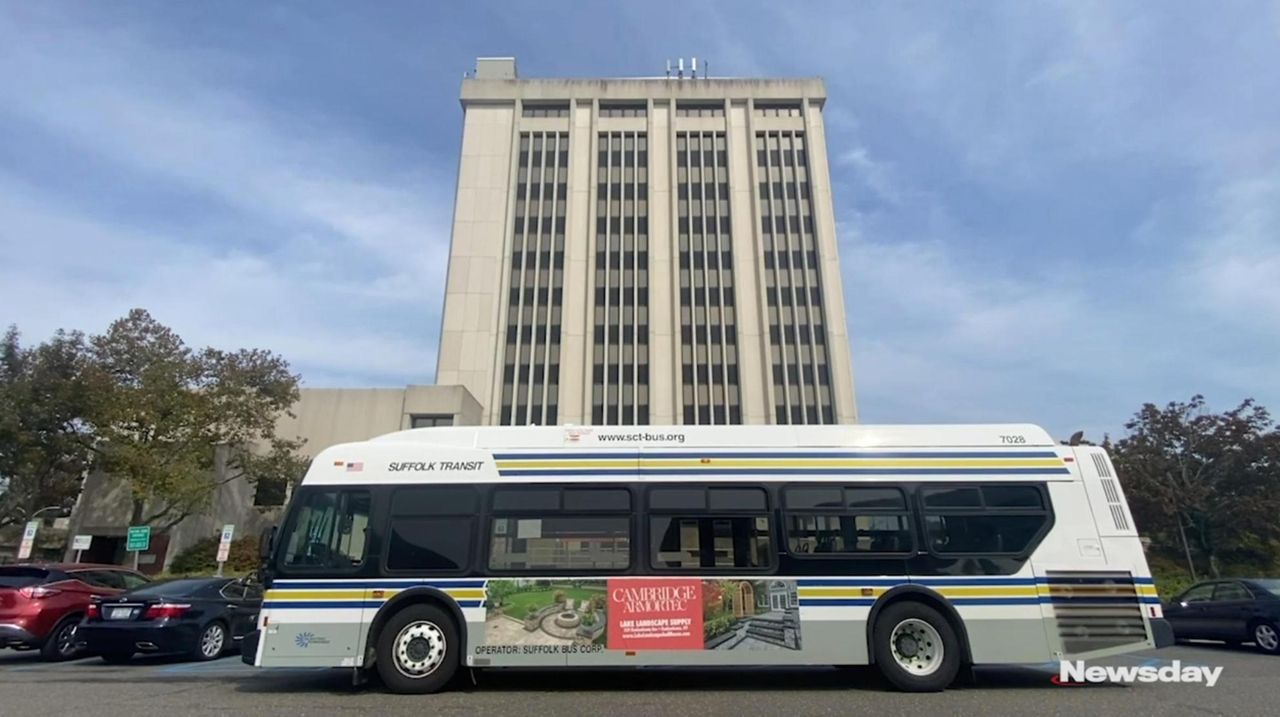 Suffolk will eliminate 19 bus routes, reduce paratransit service for the disabled and lay off hundreds of employees unless the federal government provides millions in disaster relief to offset deficits caused by the coronavirus pandemic, County Executive Steve Bellone warned Friday.

Bellone's announcement was the latest dire warning by the Democratic lawmaker about the county's fiscal crisis absent an infusion of assistance from Washington. Earlier this month, Bellone announced $20 million in cuts to the Suffolk police department, including the elimination of two classes at the police academy totaling 200 new officers.

Suffolk has received $283 million in federal CARES Act funding, but still faces an $800 million deficit in 2020 and 2021, according to a fiscal panel assembled by Bellone.

Proposed cuts to 46% of the county's bus routes — ones with the fewest number of riders — would impact 2,300 daily riders and save $13 million in Suffolk's 2021 budget, which is expected to be released next week, Bellone said at a news conference in Hauppauge.

"This is a crisis within a crisis," Bellone said. "We are still in the middle of what has been an unprecedented natural disaster. But that was Mother Nature. This is a man-made crisis. This can be resolved by our public officials at the federal level coming together and doing the right thing. This doesn't have to happen and shouldn't happen."

John Corrado, president of the Suffolk Transportation Service, said the cuts would be "devastating" to riders and potentially force the layoff of "hundreds" of his 700 employees.

The budget also would cut $5 million from the Suffolk County Accessible Transportation system, affecting another 200 riders.

The county subsidizes $43 million of the bus system's $85 million operating costs, with the remainder coming from the state and federal government and fares, officials said.

In June, Suffolk received $26.6 million in CARES Act funding for public transit. It previously received $257.8 million in general assistance from the federal government.

But Bellone said the transit funds were spent to offset revenue losses from 2020. For example, Suffolk estimates it will lose $6.1 million in bus fare revenue in 2020 and another $6 million through reductions in state transit assistance.

"This is one-shot revenue," he said of the CARES Act funds. "It does nothing moving forward in 2021 and above."

"Mr. Bellone: look in the mirror," Trotta said. "This is your fault. The chickens have come home to roost and this is on your back. You have mismanaged this county to no end … To blame the federal government is a cop-out."

"We have a problem with compulsive spending," Kennedy said. "The money we are short is from prior actions."

"Do what our national government has always done when local communities are hit with unprecedented disasters," Bellone said during a virtual news conference. "If they do that, it allows us to deal with the structural budget gaps that something like this — unprecedented since the Great Depression, the economic declines that we’ve seen — that we are then able to close those budget gaps in a responsible way."