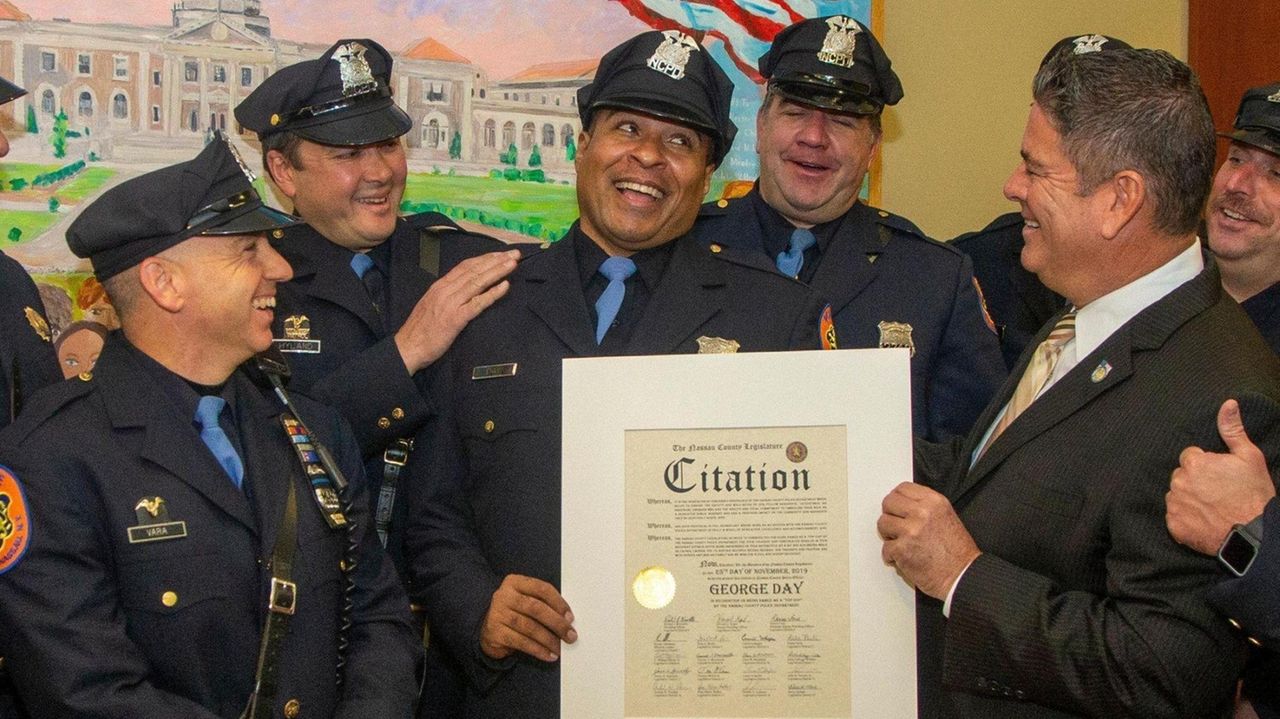 The Nassau County Legislature on Monday honored Nassau police Officer George Day, who was critically injured by a hit-and-run driver in July.

Day was patrolling along Bellmore Avenue in North Bellmore the morning of July 6 when a driver ignored a stop sign and slammed into his motorcycle. Day was sent flying to the ground, and the driver of the Subaru Forester that hit him fled the scene, Nassau police said.

Police said they tracked the driver, Hussam Rajab of North Bellmore, using a front bumper and license plate that had fallen from the Subaru.

Rajab, 40, of North Bellmore, was charged with leaving the scene of an auto accident with serious physical injury. The case is pending.

Day left a Port Jefferson rehabilitation center in September after a two-month stint. He suffered 19 broken ribs, two collapsed lungs, a shattered knee and injuries to his right shoulder, left leg, a hip and a wrist.

Nassau Police Benevolent Association president James McDermott recalled that Day was "fighting for his life" in the first 48 hours of hospitalization.

Nassau police Commissioner Patrick Ryder said, "we'll continue to stay united behind George and the rest of his recovery."

Day thanked the Legislature and said, "having gone through this, [it] did remind me that the culture of the Nassau County Police Department is we take care of our own. I've had so much support from the top down."