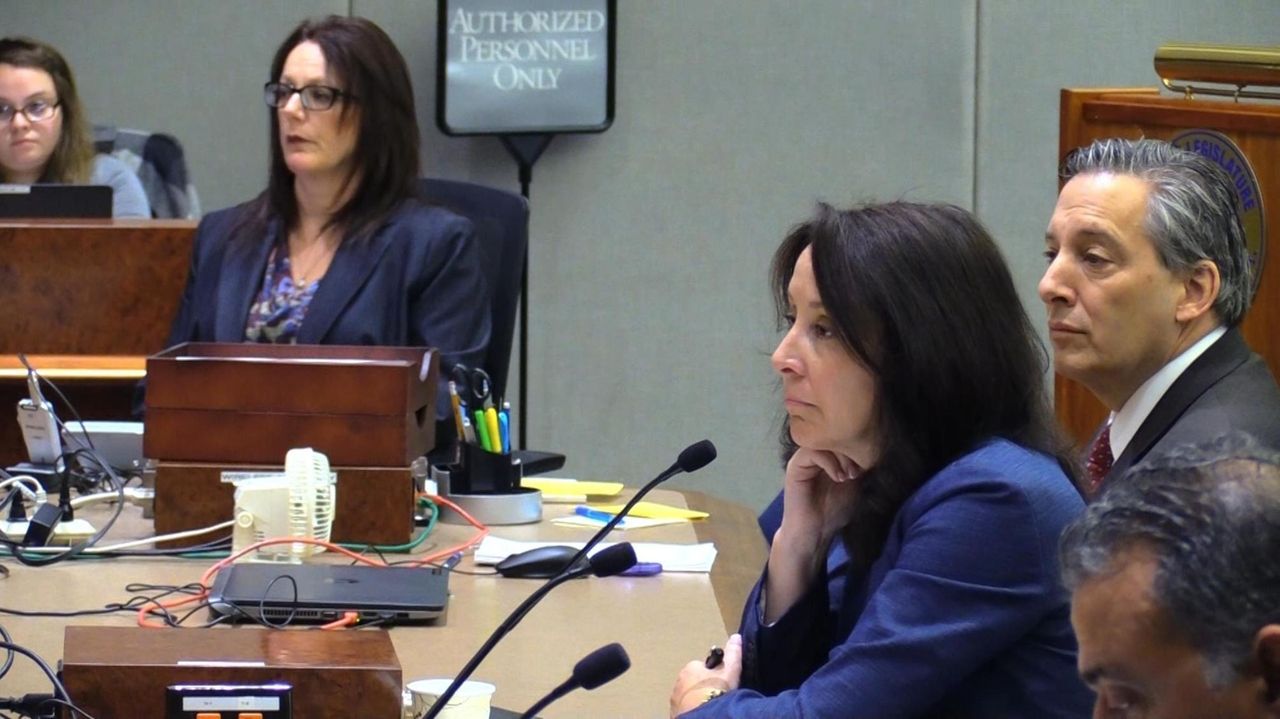 Acting Suffolk County Police Commissioner Geraldine Hart told a legislative confirmation hearing Thursday she would work to increase the number of police officers assigned to schools and reassure immigrant communities they could come forward to police without fear of deportation. Credit: James Carbone

Suffolk’s acting police commissioner, Geraldine Hart, told a legislative confirmation hearing Thursday she would work to increase the number of officers assigned to schools and to reassure immigrant communities they could come forward to police without fear of deportation.

Hart, former Long Island director for the FBI who became acting commissioner this month, also pledged to be transparent with how the police department spends money seized in criminal investigations.

“I’m confident that I will lead this department in the coming years in a manner that will continue to give the people of Suffolk County confidence in their police,” said Hart, a 21-year-FBI veteran. “My goal is to provide respectful, disciplined, firm, fair, lawful and transparent law enforcement to every resident of Suffolk County,” she said.

The county legislature’s Public Safety Committee approved her nomination, 8 to 0. She is expected to face questions again in front of the full legislature on Tuesday in Hauppauge for final approval.

Lawmakers pressed Hart about issues including reports that cooperating witnesses in MS-13 probes faced deportation threats, the opiate epidemic and a lack of disclosure of how law enforcement agencies are spending seized assets.

Hart would be the county’s first female police commissioner.

“I know you don’t want to be pigeonholed like this, but I’m very proud to see you as the first female police commissioner,” said Legis. Bridget Fleming (D-Noyac).

Legis. Monica Martinez (D-Brentwood), who chairs the Public Safety Committee, said reports of increased deportations, including of those who came forward to county police, have provoked fear in residents. “People are scared. They’re afraid to come forward,” she said.

Hart said she would improve communication about police policy against reporting informants to immigration officials. Police do report undocumented immigrants who are arrested on misdemeanors or felonies, which triggers a check of immigration status, she said.

Martinez said Hart had her support.

“You’ve proven to be an effective leader and a woman of her word. That’s what’s needed right now,” she said. Hart said she has been meeting with community groups and school superintendents since being picked by Bellone after a nationwide search, and praised the existing leadership staff in the police department, including Chief of Department Stuart Cameron.

Her nomination was supported by members of civic groups from Kings Park and Huntington Station and by an LGBT group and a local Muslim-American group.

A mother of two who lives in Sea Cliff, Hart grew up in Northport and graduated from Northport High School in 1985. Her father was an NYPD officer.