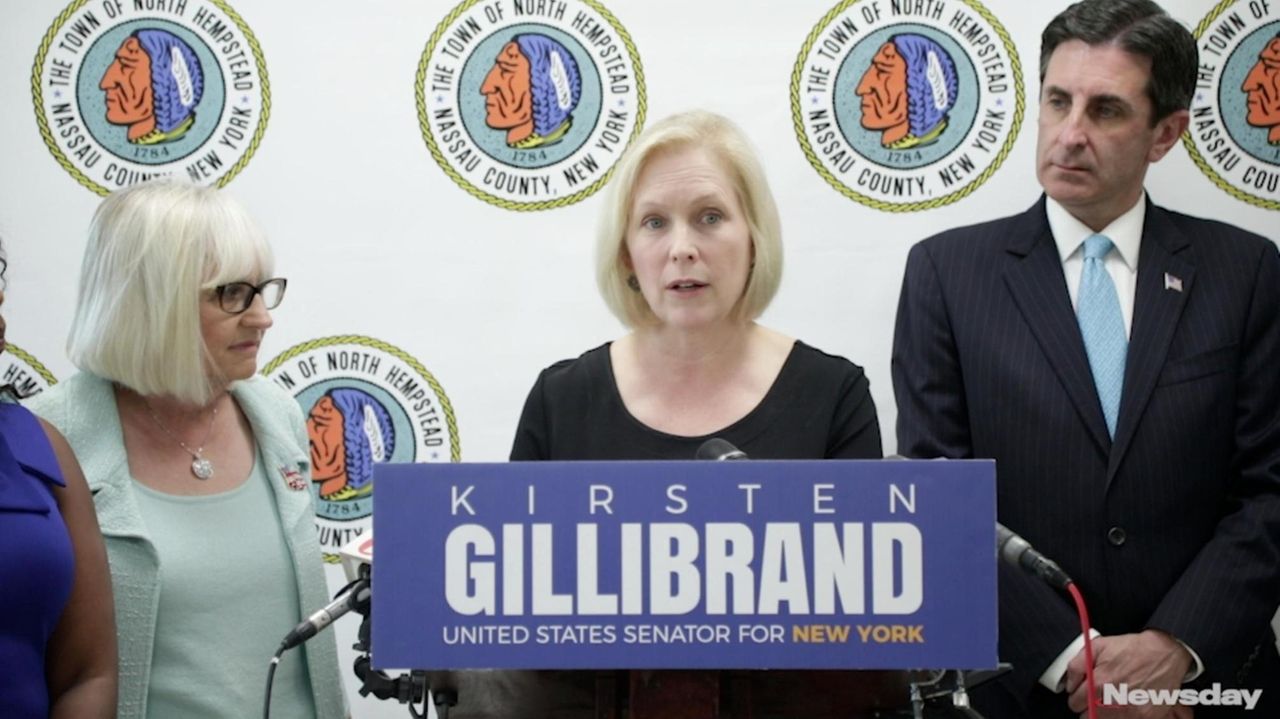 Sen. Kirsten Gillibrand on Friday continued to push her legislation that would place an additional tax on the profits of pharmaceutical manufacturers who “spike drug prices without justification.”

Speaking at the Magnolia Gardens Senior Center in Westbury, Gillibrand (D-N.Y.) encouraged support for her “Stop Price Gouging Act” aimed at stemming the rising cost of medication. Under her bill, initially introduced in 2015, drug companies would pay a tax penalty between 50 and 100 percent of their profits for raising prices higher than the annual consumer price index for medical care without adequate justification.

“We are basically saying you can set the price for the medicines, but if you are gouging — meaning raising the prices abruptly and without any reason — we are going to take your profits, so stop the gouging,” Gillibrand said.

She said the rise in cost  is forcing many “elderly to have to make tough choices” and go without lifesaving drugs.

Her legislation, which has five Democratic co-sponsors, would: require pharmaceutical companies to report a reason for increasing the price of a drug by more than medical inflation; tax corporations that raise their costs proportional to the size of the price spike; conduct a government study on how drug manufacturers set prices; and reinvest the collected penalties into drug research and development at the federal National Institutes of Health.

The bill has no Republican co-sponsors. President Donald Trump in May announced a plan to lower prescription drug prices.