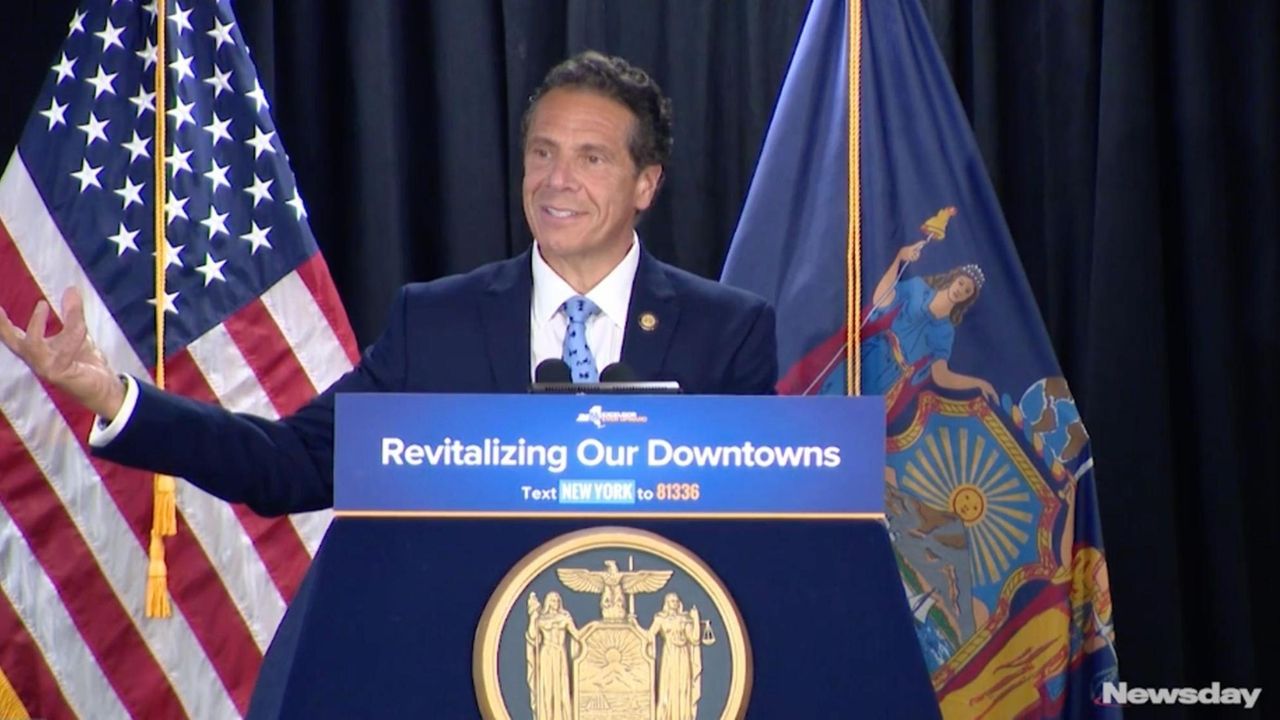 Gov. Andrew M. Cuomo joined state officials on Tuesday to announce four projects to begin at the end of the year aimed at creating a walkable and transit-oriented downtown in Hicksville.

The plans include $3.5 million to build a new entry drive for the Hicksville Long Island Rail Road Station to relieve congestion along Route 106 and Newbridge Road, $2.6 million to create open space, $2.5 million for a new pedestrian walkway to connect the station to Jerusalem Avenue, and $1 million for a mixed-use development that includes about 200 residential units near the train station, said Howard Zemsky, president and chief executive of Empire State Development, the state's chief economic development agency.

Inside the William P. Bennett Hicksville Community Center on West Carl Street, Cuomo called the plans "a model for the future" that will help keep young people on Long Island.

"They don't want to do the commute. They don't want the big backyard and to cut the grass," Cuomo said. "They want those walkable, dense — 'smart communities' they're called. And that has to be a new vision for Long Island, and that is exactly the vision that you have here at Hicksville."

The projects will use a $10 million state grant Cuomo announced last August. State officials awarded the grant last year after a competitive pool that included about 100 proposals. The Town of Oyster Bay developed the plan for downtown Hicksville with $300,000 from the $10 million grant.

Zemsky said creating walkable downtowns in the state are a critical part of economic development and called Cuomo "one of the best friends Long Island has ever had."

Officials: Girl, 4, dies of injuries in Southampton crash
1:18
LI weather: Storm heads upstate after mostly sparing Long Island
Ex-truck maker tries again to build mini-storage facility in Ft. Salonga
King spoke against racism in 1965 visit to Long Island
Wading River, a 'storybook suburbia,' draws homebuyers seeking room to grow
1:51
How race is taught in LI schools — and why some educators feel under siege
Didn’t find what you were looking for?