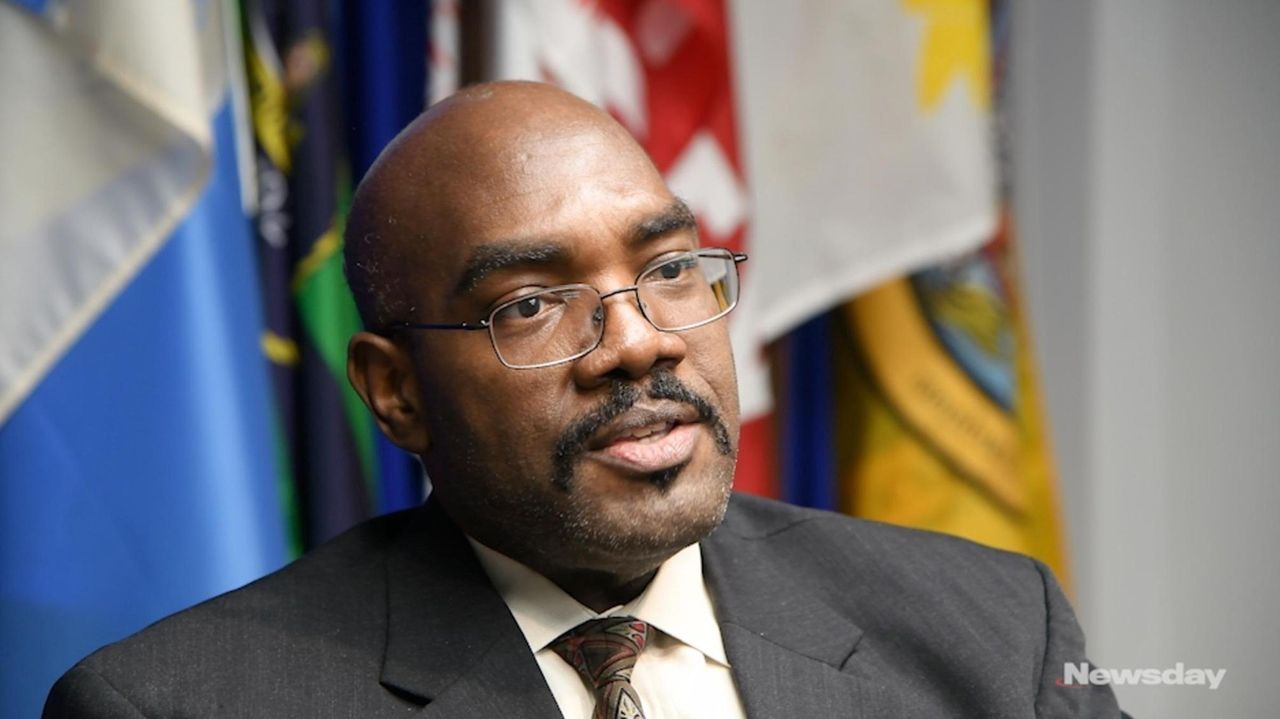 Dr. Gregson Pigott, the nominee for Suffolk County health commissioner, said he found his professional path while trying to be discovered.

Pigott had hoped to get a record deal in college by playing the soprano saxophone and singing at black churches and gospel music conventions.

But in his attempts to make a name for himself in music, Pigott learned about his other passion: medicine. He said he realized that many churchgoers of color he had met had “a lot of mistrust in the medical profession.”

Pigott, who already was planning to go to medical school, realized that if he specialized in public health, he would help “hard to reach” communities.

“That would be a tremendous opportunity to build trust,” Pigott said of his thinking at the time. “I’m one of you. I’ve been to your churches. I’m a recognized musician in this space, and I’m also a medical professional.”

Pigott, 51, a physician who has spent much of his medical career addressing health disparities for minorities, was nominated by Suffolk County Executive Steve Bellone for commissioner of the county Department of Health Services.

The county Legislature is expected to take up Pigott's nomination at a meeting in February, said Deputy Presiding Officer Robert Calarco (D-Patchogue).

Pigott, of Greenlawn, has served in the Health Department as director of the Office of Minority Health, medical director of Emergency Medical Services and a staff physician at the Huntington Methadone Maintenance Treatment Program. He also leads Narcan training classes and is an assistant professor of preventive medicine at Stony Brook University.

“Dr. Pigott has been a phenomenal leader of the county,” Bellone said in an interview. “When you talk to people out in the community, he’s just widely respected and people know it.”

If confirmed, Pigott would replace Dr. James Tomarken, who is retiring in February. Pigott would oversee a department with a $269 million annual budget and responsibilities including public health, environmental monitoring and restaurant inspections.

Pigott said he would focus on improving access to health care in the sprawling county, increasing public education about mental health and the opioid crisis, and reducing nitrogen pollution in waterways.

“It’s a new opportunity, a chance to lead and a chance to really incorporate a fresh vision to the department,” Pigott said.

Pigott was born in Brooklyn and raised in the Alden Terrace section of North Valley Stream.

Pigott, an Elmont High School graduate, said he wanted to become a doctor at a young age because, as a self-proclaimed “people person,” he wanted to work with patients. He got his Bachelor’s and Doctor of Medicine degrees at Brown University and a Master of Public Health degree at Harvard University, according to his resume and the state Department of Health website.

Pigott, who speaks Spanish, was a physician at Brownsville Community Development Corporation and Multi-Service Family Health Center in Brooklyn before coming to the Suffolk Health Department as director of the Office of Minority Health in 2009.

Pigott said he sought in the county job to promote health equality for minorities, including through outreach programs and annual conferences on health disparities.

Pigott said many of the health disparities in Suffolk stem from housing discrimination, which leads to economic disparities and less access to education and health care.

Blacks are more likely to have chronic health conditions and to die from illnesses such as heart disease, cancer and diabetes than whites, according to the U.S. Department of Health and Human Services’ Office of Minority Health.

Such disparities and experience with discrimination — including the Tuskegee Syphilis Study, which was condemned for unethical experimentation on male African American patients in the rural south from 1932 to 1972 — have led many African Americans to distrust the medical profession, experts have said.

As Suffolk health commissioner, Pigott said he would address what he called the county's most significant health care problem — the difficulty in accessing care in such a spread-out area — by looking to bring mobile health units to underserved areas and to open another crisis center for people seeking mental health and substance abuse treatment.

He said he also would explore building another methadone clinic — there are four in the county — to fight the opioid crisis if “there is a significant political will.” Methadone has proved a “really effective treatment,” even though residents might not want them in their neighborhoods, he said.

Suffolk Legis. William Spencer (D-Centerport), a physician who leads the legislative health committee, said Pigott’s work in Suffolk “tells me about his heart” and has prepared him to oversee the health of all county residents.

“He has the personality and love to be a great commissioner,” Spencer said.

Benz Scott said Pigott's relationships with black, Latino and Shinnecock Indian Nation leaders means he likely will include them in discussions about community health. She also said Pigott's work dealing with the opioid crisis shows he understands the problem.

CORRECTION: A previous version of this story misstated the title of Lisa Benz Scott, director of the public health program at Stony Brook Medicine. She has a doctorate in health policy and management.