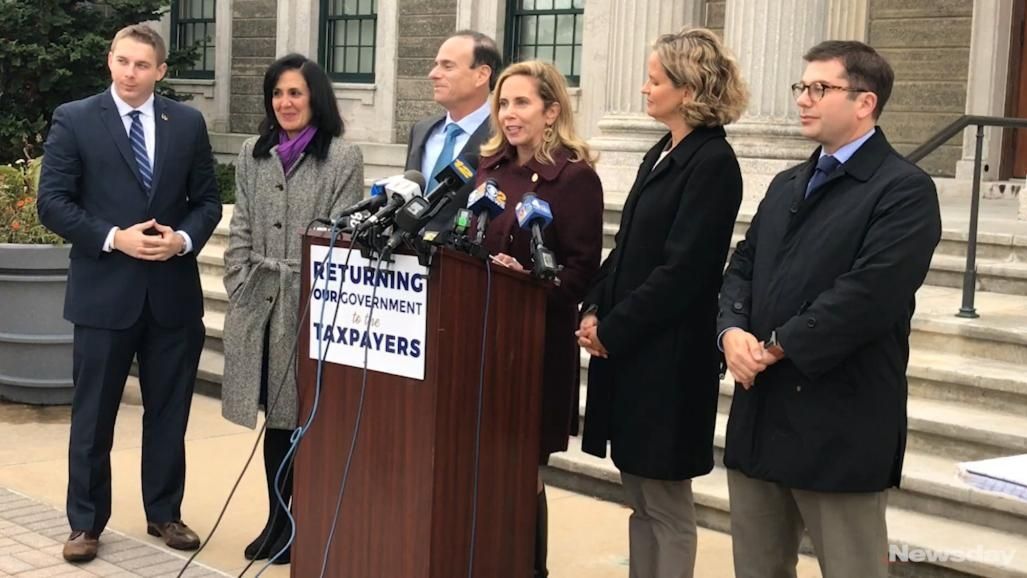 In a stunning upset set to shift the balance of power in the Town of Hempstead, Laura Gillen will become the town's first Democratic supervisor in more than a century. On Wednesday, Nov. 8, 2017, Hempstead GOP Town Supervisor Anthony Santino conceded the race to Gillen, an attorney from Rockville Centre, who on Tuesday clinched a surprise victory by more than 2,200 votes over Santino, according to unofficial results. Credit: Newsday / Stefanie Dazio

In a stunning upset to the GOP’s power base on Long Island, Laura Gillen will become Hempstead’s first Democratic town supervisor in more than a century.

Gillen, 48, an attorney from Rockville Centre, triumphed over GOP incumbent Anthony Santino in an uphill battle in a town that has been controlled by Republicans for generations.

“No one believed I could win this,” Gillen said early Wednesday morning. “No one would write me a check to donate to my campaign.”

Michael Dawidziak, a Long Island political consultant who works mostly with Republicans, called Gillen’s victory “the shocker of the night.” 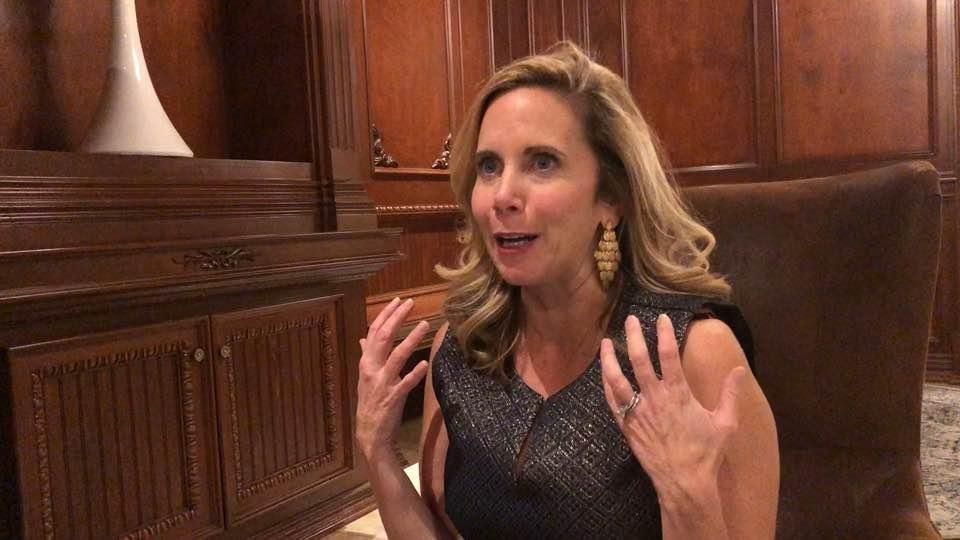 “I don’t think anybody in their wildest dreams could imagine the Republican Party losing Hempstead,” he said. “This is a big power shift, this is huge.”

Gillen’s January inauguration will mark the first time Santino, 56, will not be a member of the town board since his election as a councilman in 1993. He was elected supervisor in 2015.

“I congratulate Ms. Gillen on her victory and wish her the best of success as she assumes the position of Hempstead Town supervisor,” Santino said in a concession statement Wednesday afternoon. “I look forward [to] working cooperatively with her to ensure a smooth transition for our township’s residents.”

Gillen had acknowledged early Wednesday morning that her win was likely as much of a vote against Santino as a vote for her.

“I think it was a little bit of both,” she said.

For months, infighting between Santino and fellow Republican Town Board members Erin King Sweeney and Bruce Blakeman has spilled over the dais and into public view at board meetings — an angry Blakeman even crossed party lines to endorse Gillen last month.

Accusations of alleged nepotism and cronyism have dogged Santino’s administration as he sought to post a victory similar to his 2015 race, where he beat the Democratic challenger 60 percent to 40 percent.

“I am thrilled to remake a government that will be more accessible and more accountable to the people of the Town of Hempstead,” Gillen said at the event.

Gillen, who campaigned on a platform of ethics and finance reform and in 2013 ran an unsuccessful campaign for Nassau County clerk, now joins a divided town board.

Senior Councilwoman Dorothy Goosby, previously the sole Democrat on the town board, has publicly supported Santino in recent weeks at town meetings, though she did not officially endorse him. She was re-elected Tuesday.

Councilmen Anthony D’Esposito and Dennis Dunne Sr., both Republicans who won their elections on Tuesday, have been Santino’s stalwarts on the Town Board.

Councilman Edward Ambrosino, also a Republican, is facing federal charges of income tax evasion and wire fraud, and has pleaded not guilty.

And while Blakeman and King Sweeney have supported Gillen as part of their opposition to Santino, they also had backed the rest of the GOP ticket.